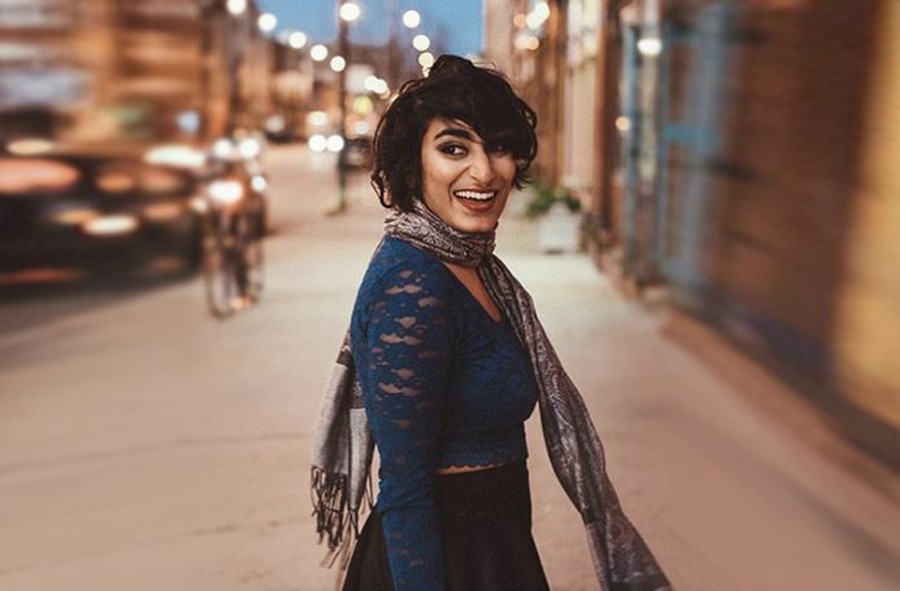 Poet and screenwriter Fatimah Asghar joined The New York Times book critic Parul Sehgal at Reynolds Club last Thursday to discuss immigrant isolation and how it has shaped the literature of the South Asian diaspora. The event was sponsored by the UChicago South Asian Students Association (SASA) and moderated by alum Mimosa Shah (A.M. ’12).

To preface the talk, Asghar performed a selection from her debut poetry collection, If They Come For Us. The poems narrated struggles of intergenerational trauma and violence that American history fails to acknowledge. They drew upon her own experiences as a Pakistani-Kashmiri-American immigrant, but she never intended to author what she called a “diasporic book of loneliness.” Instead, her story simply manifested itself in her writing through a process of “inhabiting herself.” She encouraged other women of color, whose writing is so often pigeonholed into representing an entire community, to do the same.

“The work of writers of color in general is just treated like sociology and not art,” Sehgal said. As a literary critic, she has set a goal to get readers to approach such works on their own terms. Part of the problem is that publishers pressure authors into writing the same types of cultural narratives because they sell; disruptive forms and unfamiliar perspectives are seen as too risky. Fortunately, the genre of the “immigrant novel” has begun to diversify in recent years. Diasporic literature has historically been colored by the optimistic side of the American Dream. Although characters arrive by boat to a foreign land, where they must adapt to local food and nobody knows how to pronounce their names, they overcome the difficulties of integration and find a way to thrive in a new community. In recent years, however, Sehgal has begun to see nihilistic stories that are not about integration, but rather the “soul murder of migration”—those who come and do not survive. These are the unsettling stories that no one records and no one likes to hear, but Sehgal welcomes them because they need to be told. Still, she wishes that South Asian–American writers were more willing to subvert the genre of the conventional social-realist novel.

Asghar’s writing is precisely the type of form-shattering experimentation that Sehgal would like to see. Unfortunately, her daring style wasn’t always a smooth road to success: Asghar recounted dropping out of her M.F.A. program because people were uncomfortable with her poetry. Readers and publishers expect South Asian writing to be inherently political and culturally “authentic.” Asghar certainly does not shy away from politics in her writing––she mentions the Muslim travel ban in her book, for example––but she notes that it does not stem from wanting to be political or to attract attention. Most writing is political to an extent, and the ability to ignore politics in daily life is a privilege limited to a select few. But for both speakers, political engagement extends far beyond their work. “Writing is not where I’m doing my fighting. Where I’m doing my fighting is where I donate my money, and when I roll out to protest,” said Asghar. Sehgal agreed that activism requires not only discourse, but action.

Ultimately, Sehgal and Asghar suggest that writers of color should strive for authenticity to themselves, not to a political cause or their entire community. Asghar recognizes that this advice may seem contradictory, as the purpose of publication is to reach an audience and inform them of new opinions, criticisms, and messages, possibly changing their worldview in the process. But from her perspective, writing for readers and writing for oneself are not mutually exclusive. “You can write with the idea that there will be readers and still be authentic to yourself and your experience if you’re authentic to the idea of wanting to connect.”