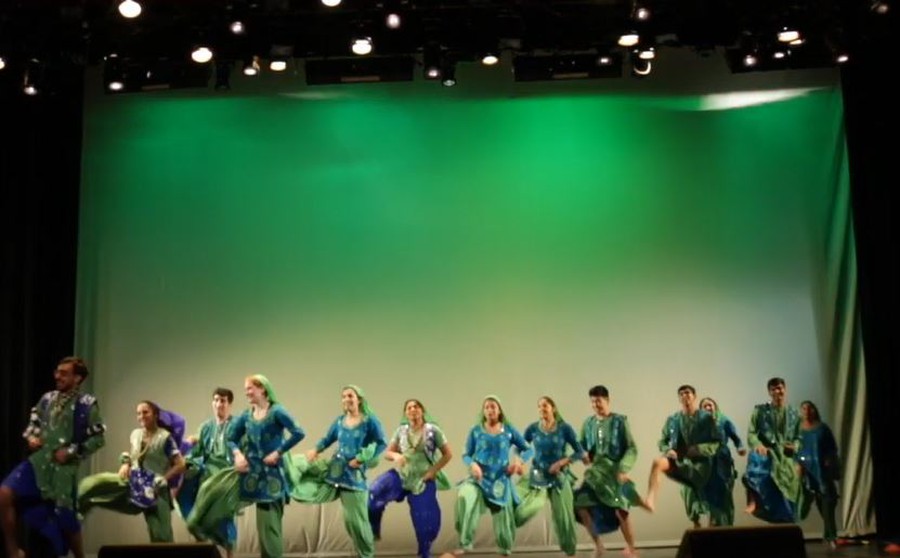 “Where does the line start…oh.”

An endless line snaked around Reynold’s Club on Friday evening. As in past years, the South Asian Students Association (SASA) had sold out every single seat in Mandel Hall, totaling up to 800 attendees, for the most anticipated university performance of the year. Thematically titled Mission: SASA, the event starred 10 university groups and over 150 UChicago students to showcase the artistic traditions of the diverse cultures of South Asia.

A student-made video production explained the title of the event. In it, four UChicago first-years, played by third-years Rimsha Nazeer and Anirudh Duvvuru, fourth-year Rachana Muppa, and second-year Dhiraj Patel, are recruited as the newest members of “SASASA,” a secret agency that resides within SASA. They are tasked with the mission of finding the missing SASA presidents (fourth-years Nikhil Mandalaparthy and Meera Dhodapkar), who have vanished during their attempt to find the “secret ingredient” that ties all South Asian people together. The skit explored more serious components of identity, from the pressure of familial career expectations, to the repression of sexuality, to shame about one’s ethnic culture. At the same time, it humorously touched on many all-too-familiar student experiences, from their parents telling them to apply to The Blue Chips to wanting to take a nap on Day One. As the new agents navigate the UChicago campus in a scavenger hunt laid out by upperclassmen agents, they encounter various South Asian musical groups, who performed live on the Mandel Hall stage.

The first group to perform was a classical music ensemble, with the performers singing famous ragas (melodic scales in Hindustani music) and talas (rhythms) among various Hindustani and Carnatic pieces. The tabla drum thrummed in the background of the polyrhythmic style, as a tanpura drone hummed to create a sense of heterophony. The singers themselves led a series of vocalizations with infectious vigor, tapping the meter on their hands and laps in an impressively-memorized rendition. Perhaps the most interesting part for me was the inclusion of the violin, a western instrument that blended smoothly with the traditional Indian instruments.

Dance groups Apsara, Tamil, Raas, Nashaa, and Bhangra each brought a hyper-energized performance of classical South Asian dance styles, with delicate footwork, a tremendous amount of leaping, and detailed hand gestures that complemented the fast-paced rhythms. The audience cheered on the performers enthusiastically as Raas spun their daandiya (decorated wooden sticks) while twirling around the stage, and Apsara impressed with their colorful clothing and pinwheel-like choreography. Bhangra, especially, brought a political message to their dance. Performers shouted in Punjabi that diverse foreign cultures should be celebrated in America, not discriminated against, as shown by the fact that the annual SASA show is the biggest UChicago production of the year. Their message was accepted with equal vigor, as the audience screamed and clapped throughout the dance.

Mission: SASA was an exhilarating performance, earning roaring applause and whistles. With relentless energy, an optimistic political message, and a comical video, SASA wove together a show that suggested there is no “secret ingredient” or “one thing” that makes South Asians alike. It’s the diversity, the solidarity found through individuality, that makes the community so closely knit and beautiful in its unity.