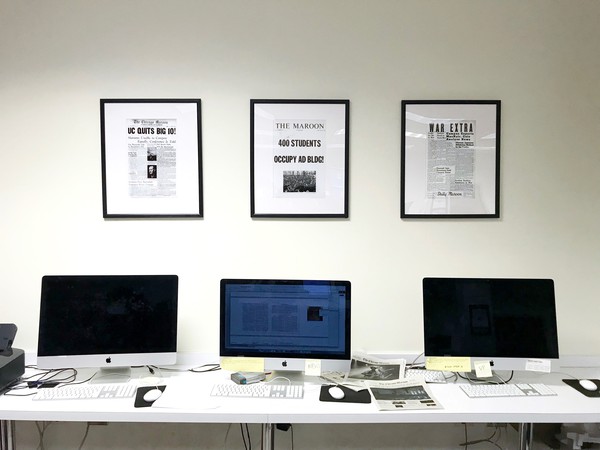 The Maroon spoke to the two executive slates facing off in this year’s Student Government (SG) election.

Third-year Vivek Ramakrishnan won a Truman Scholarship for his work leading a team of high schoolers to collect data on the resources of disadvantaged communities.

Uncommon Interview: The Maroon sat down with professor Daniel Holz, an astrophysicist who works on gravitational waves, to discuss his research and the recent photo of a black hole.

The Frederick C. Robie House, a National Historic Landmark on the corner of 58th and Woodlawn designed by famous architect Frank Lloyd Wright, has now reopened after a 14-month, $11 million restoration.

Lacrosse midfielder Karina Schulze is a powerhouse on and off the field.

Softball continues its conference season with a doubleheader against Hope College.

Hot bats, overpowering arms, and a one-hitter propel the Maroons to a doubleheader sweep and into playoff position.

The Reform slate lays out its platform, which prioritizes the relationship with UCPD, mental health, and transparency on campus.

Columnist Ruby Rorty argues that U.S. News and World Report must reformulate its coveted college rankings to account for economic inequality in the admissions process.

Columnist Leena El-Sadek reflects upon her trip to Palestine, realizing that witnessing the occupation first-hand is an unmatched learning experience.

This week on Dear Abby, the ins and outs of hitting on that Ratner cutie. A listener writes in because they need to know how to navigate the social norms around hitting on people at the gym.

This week in the news: Student Government CARE and Reform slates announced, graduate student climate report released and much more!