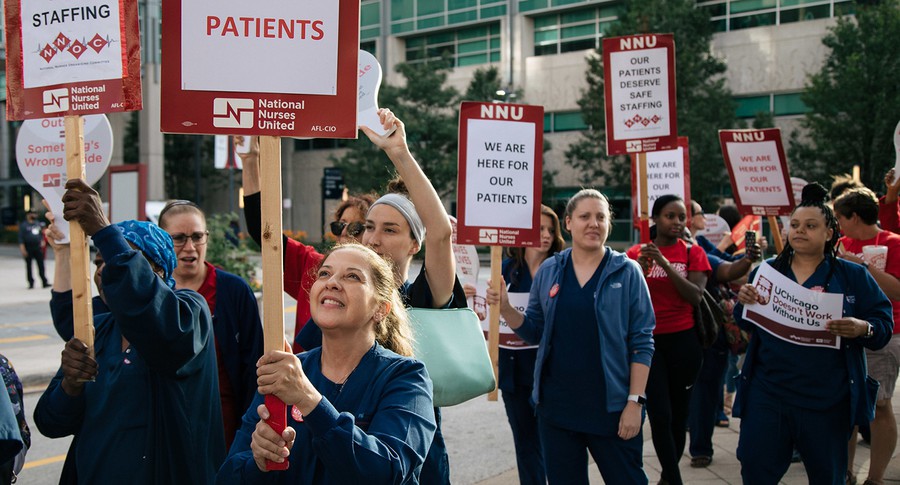 The University of Chicago Medical Center (UCMC) is moving to reduce patient load ahead of a planned nurses’ strike at the hospital this Friday by closing hospital units, diverting new patients, and re-scheduling appointments. As of Wednesday afternoon, the hospital is on full bypass, meaning that all ambulances will be asked to take patients to other hospitals if it is safe for them to do so.

The medical center previously said that a strike would not disrupt normal hospital operations. The hospital’s initial plan was to hire replacement nurses to prevent the interruption of hospital activities. According to an all-staff e-mail sent by UChicago health system president Kenneth Polonsky on Monday, however, this plan was made impossible due to National Nurses United’s staging of simultaneous strikes at 12 hospitals across three states. The volume of strikers—6,500 nurses nationwide—drastically lowered the pool of available replacement nurses, Polonsky wrote.

In addition to these closures, newborn and pediatric intensive care units will transfer all patients to nearby hospitals, according to Polonsky’s e-mail.

Other changes include rescheduling appointments and refusing patient transfers from area hospitals. Outpatient care will be unaffected.

National Nurses United, which represents 2,200 nurses at the University of Chicago Medical Center, is striking to protest alleged short-staffing and security issues at the hospital. The union’s contract with UCMC expired this spring, and negotiations towards a new contract have stalled.

The status of the University of Chicago’s adult trauma center, which is currently slated to continue accepting patients uninterrupted, will be of special import. Community activists rallied the hospital to open such a division for years. Before UCMC’s trauma center, which opened May of last year, it took 27 minutes to reach the nearest trauma center—Northwestern Memorial Hospital—from Chicago’s South Side. Activists argued that this long transit time was increasing death rates among victims of gun violence on the South Side.

A hospital administrator criticized the decision to strike, saying the hospital has been negotiating in good faith.