Mura Masa, the Master of Musing over Memories 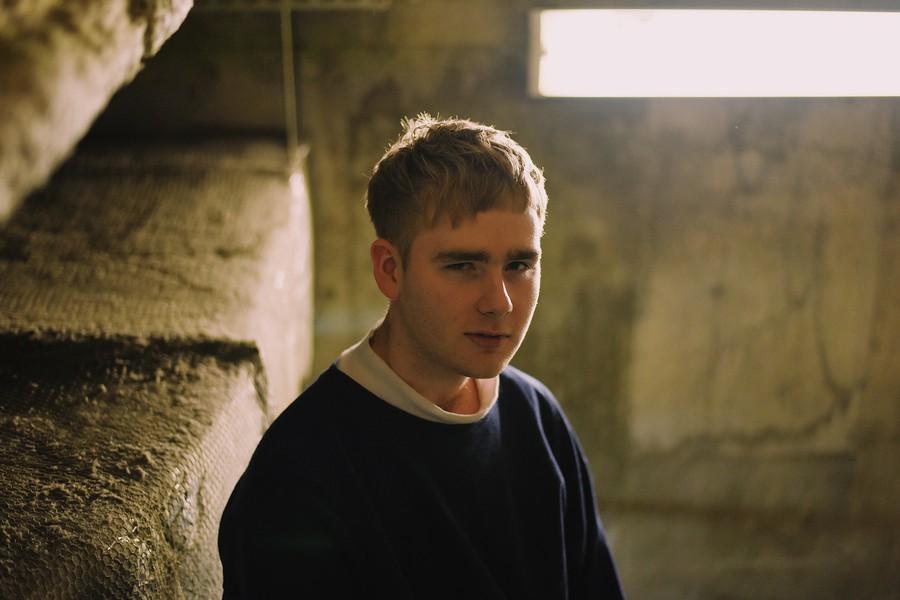 When British musician Mura Masa, born Alex Crossan, released his critically acclaimed self-titled album Mura Masa in 2017, he seemed to stake a place in the modern pop world as a worldly, genre-agnostic dance producer. The album was polished, glittery, and bouncy, featuring a laundry list of high-powered features—the likes of A$AP Rocky, Charli XCX, and Christine and the Queens. It sounded alternately like dance-pop, R&B, trap, EDM, or tropical house. In many ways, it was an album born of the Internet generation.

But with R.Y.C, Mura Masa pivots sharply from the danceable, omnivorous pop of his debut album to introspective, guitar-driven indie rock. While Mura Masa was bright, bubbly, and futuristic, R.Y.C finds Crossan preoccupied with loneliness, anxiety, doubt, and the enchanting appeal of nostalgia. If Mura Masa was an album born of the Internet generation, R.Y.C is an album for the Internet generation. It’s an album that seeks something raw, authentic, and warm amid isolation and uncertainty.

Another departure from R.Y.C’s collaborative tracks, Crossan’s voice is featured prominently on the album. On “Raw Youth Collage,” the eponymous opener, Crossan lays sparse, poetic, and slightly distorted vocals over a minimalistic guitar riff. It’s a guitar song that sounds almost like a memory of what a guitar song should sound like. The stripped-down, almost impressionistic instrumental creates a nostalgic, hazy vibe over which Crossan’s lyrics—a stream-of-consciousness, cluttered, and anxious internal monologue—come through like the voiceover of a daydream. At times, the lyrics are an indictment of the rose-colored lenses through which we view the past: “Good times/ That place we used to hang out/ That thing we used to do/ Was it even there?/ I miss it.” At other times, Crossan simply seems trapped, glued to the screen, and unable to deal with the uncertainty that comes with the passage of time: “I don’t wanna go outside/ It’s all different.../ It’s right there/ In RGB, in LCD/ In zeros and ones/ In 5.1/ How am I supposed to live in the world?” “Raw Youth Collage” is, more than anything else, a painfully hopeless song. “Do you ever wish you could forget the good times?” Crossan asks toward the end. “At least then you wouldn’t feel the ache.”

The hopelessness that threads throughout the album is made even clearer with “No Hope Generation,” another excellent Crossan-centered track. Desperate and sardonic lyrics are laid over a distorted, repetitive, and strangely uplifting guitar riff. “Everybody do the ‘No Hope Generation’/ The new hip sensation craze sweeping the nation/ Give me a bottle and a gun, and I’ll show you how it’s done.” Crossan’s processed vocals sing over a punchy kick, acidly comparing the self-destructiveness often associated with modern-day youth to a viral Internet phenomenon. The most affecting lyrics in the song are when it feels as if Crossan is in a daze, talking to himself. “I need help, I need help,” he sings absentmindedly just before the first chorus, and one can’t help but sing along.

The two best tracks on the album, however, are both features. “I Don’t Think I Can Do This Again” features Clairo, an artist who pairs well with Mura Masa’s new indie rock style. It’s a love song, but like most other songs on the album, it’s obsessed with nostalgia and the passage of time. “Call me when you get a second/ Know it’s been a minute since I’ve picked you up,” Clairo sings, cleverly using units of time to express how much she misses someone. The production is what really makes the track, lending an elegant twist to Clairo’s indie vocals. Structured around a sample from “1880 or So” by Television, the instrumentals build up to an explosion of distorted bass in the chorus, warping Clairo’s tender, bedroom-rock voice around a heavy, pounding dance-music inspired beat.

“Deal Wiv It” features Slowthai, a U.K.–based grime rapper. It’s the hardest-hitting, angriest track on an album otherwise filled with melodic indie anthems. The grittiness lends the album a bit of an edge; the production grows more jagged, lined with angular, menacing bass riffs, electronic glitches, and distorted, grinding guitars. Slowthai rails against gentrification, following in the politically conscious anger of his debut album Nothing Great About Britain, but there is something here too about change and time that tie it thematically to the rest of R.Y.C “Walking back through my old estate/ I see my mates that ain’t my mates and they don’t wanna stay safe/ They say, ‘You’ve changed’/ Fucking deal with it,” Slowthai raps in the chorus, responding to feelings of change and loss with a righteous dose of anger. It’s a fun, punky change of pace in an album that can sometimes wallow in its interiority.

R.Y.C is a bold and surprising second album for an artist who very well could have built off an established sound. Mura Masa eschews more features and higher-gloss production for an album that bravely and sensitively attempts to explore hopelessness, anxiety, and a generational obsession with nostalgia. And for the most part, he succeeds. While at times it can stumble into bland guitar balladry, such as on the track “Today,” R.Y.C is full of shimmering, vulnerable, and artfully produced songs that give voice to the angst of the Internet generation.