Exercise Your Right to Vote

In the face of massive voter suppression, it is essential that UChicago voters show up. 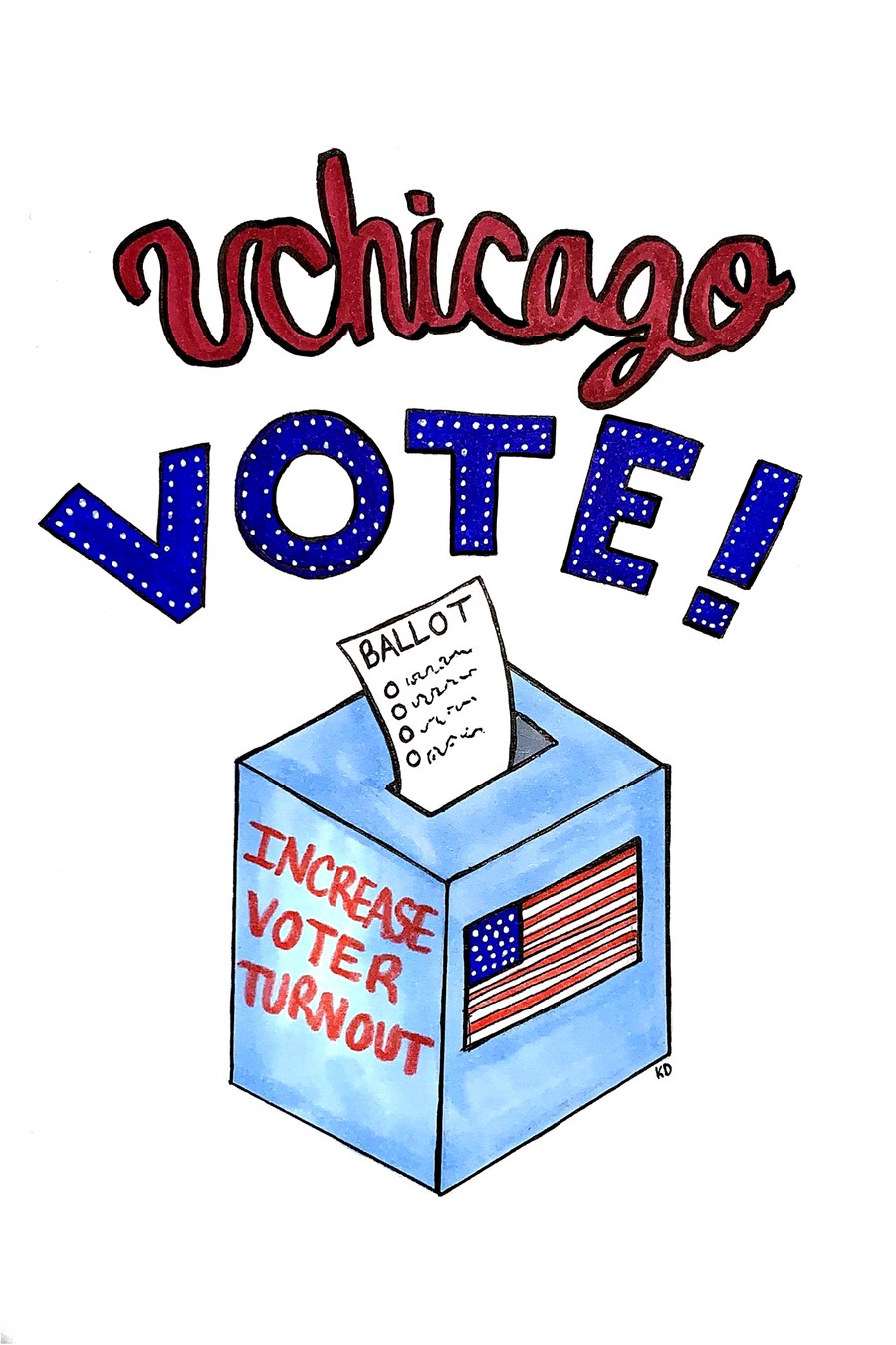 We can do better, UChicago. In the 2016 presidential election, only 50.2% of eligible students voted. Turnout was even lower in the 2018 midterm elections, when only 41.5% voted. That’s not good enough. We know that voting is not the only way to have your voice heard or to have an impact on your community, but it’s an important and fundamental right that historically had to be fought for, particularly among marginalized groups. We should exercise that right.

Voting makes a difference, which is why some organizations want to make it harder for students to vote. While voter suppression is most common in marginalized or minority communities, these tactics are also used against college students. Members of the UChicago community have received robocall voicemails from Project 1599, a group masquerading as a civil rights organization that told voters to “beware of vote by mail” because their personal information would be tracked and used against them. This year has been especially difficult for college students due to the surge in mail-in voting, arcane voter ID laws, residency requirements, and convoluted rules that allow ballots to be thrown out for mistakes that first-time voters, including many college students, are particularly prone to making.

Despite these tactics, the situation for college students is far from hopeless, especially for UChicago students. Voting by mail is a safe, effective, and easy way to vote, particularly during a pandemic. There is little evidence that mail-in voting is more fraudulent than voting in-person. In fact, voter fraud is rare in general.

We also know there are probably quite a few of you who think your vote just doesn’t matter. We get it. Sure, there’s only a minuscule chance the presidency will be decided by one vote, but if everyone felt that their vote wouldn’t count, no one would vote at all! Also, the presidency is not the only important election: In local elections, where there are typically fewer voters, one vote can make a huge difference. State and local elections impact how voting districts are drawn up, how critical funding for services is allocated, and they can have far-reaching effects on healthcare, policing, and community equity. While it might be overwhelming to see the number of local positions on your ballot, you can check out BallotReady (founded by Aviva Rosman, A.B. ’10, M.P.P. ’16) to learn about the candidates and issues on your ballot.

This year’s elections are important. We need to step it up from previous years and vote as if our lives and our futures depend on it, because they do. So what can you do? Quite a lot: Show up and vote. Make a plan. Request a mail-in ballot, locate an early voting site near you, know what you’ll need to bring to vote in-person. Find all that information and more at UChiVotes.com

We know that many of you work hard in several ways to make a difference in your communities. We know that voting is just one piece of a complex puzzle in creating sustainable change that will improve our lives and the lives of others.

UChiVotes is a student-led, nonpartisan voter engagement initiative founded out of the Institute of Politics to boost voter turnout and engagement on the UChicago campus. Third-year Julianna Rossi serves as the Chair, and fourth-year Aliza Oppenheim serves as the vice chair.