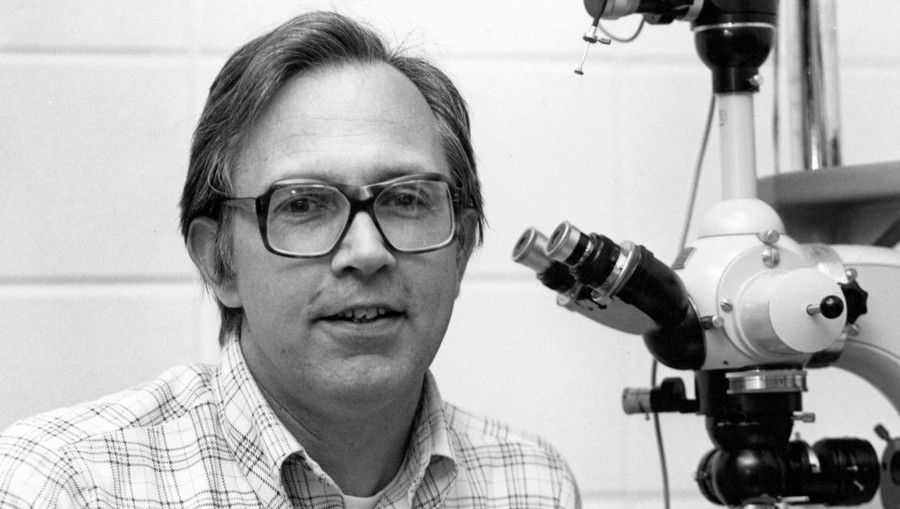 Over the last century, volcanologists have been searching for a way to predict disastrous volcanic eruptions. Alfred T. Anderson, a UChicago professor who passed away in January, helped develop a theory that has since been used to save thousands.

Anderson, who studied volcanic rocks known as rhyolites, discovered that amidst a violent release of volcanic ash in a volcanic eruption, there is quartz with small amounts of glass made from silicate liquid. By studying the composition of the glass, Anderson came to understand how the magma evolved.

In 1995, Anderson published a paper, “Quantification of pre-eruptive exsolved gas contents in silicic magmas,” which discusses the telltale signs that a volcano is approaching an imminent eruption.

More specifically, the paper established a method of quantifying the distribution of pre-eruptive exsolved gas, which is gas made up of different forms of the same elements, in crystallizing magma. Generally, this gas contributes to the “formation of many hydrothermal ore deposits and to the fluxes of volatile species [water, carbon dioxide, and sulfur] from volcanic systems,” as stated in the paper. By sampling the concentrations of key molecules in the magma and in the air, scientists can now predict when eruptions will occur.

As a result of his work, Anderson received the 2001 Normal L. Bowen award, one of the most prestigious awards for volcanology, geochemistry, and petrology. Upon presenting the award, Charles Bacon of the U.S. Geological Survey said that the organization recognized Anderson “for his pioneering work on melt inclusions and his leadership in this burgeoning field, particularly in the last decade.”

Beyond his work in the laboratory, Anderson was a well-respected teacher and mentor to undergraduates at the University. He taught many classes throughout his career, including Introduction to Mineralogy, Field Course in Geology and Geophysics, and Physical Principles in Geology.

Anderson would often bring students on geological treks to Hawaii and Iceland. “Here [in Chicago] there’s not a whole lot of geology; it’s flat. We are topographically challenged,” Andy Davis, one of Anderson’s long-time colleagues and coauthors, said in an interview with The Maroon.

Upon receiving the 2001 Bowen Award in Volcanology, Anderson mentioned that during his years of teaching at UChicago, “I came to rely increasingly on students, and I want to emphasize their extremely valuable contributions.”

Davis called Anderson a “very dedicated teacher.” As a colleague, Davis said, Anderson was “one of the really nice guys in the department. Never had a bad word to say about anybody and that was pretty striking…. He was certainly greatly appreciated here.”

Anderson also interacted with UChicago students in a more casual manner, serving as a resident master in Snell-Hitchcock beginning in 1969. Anderson and his wife Caroline were devoted residential heads, often throwing parties and arranging activities for their students.

Professor Anderson passed away January 15 at the age of 82. He is survived by his sister Almeda, his wife Caroline, his sons Eric and Doug, and his grandchildren Payton, Quincy, Gisele, and Sonia.