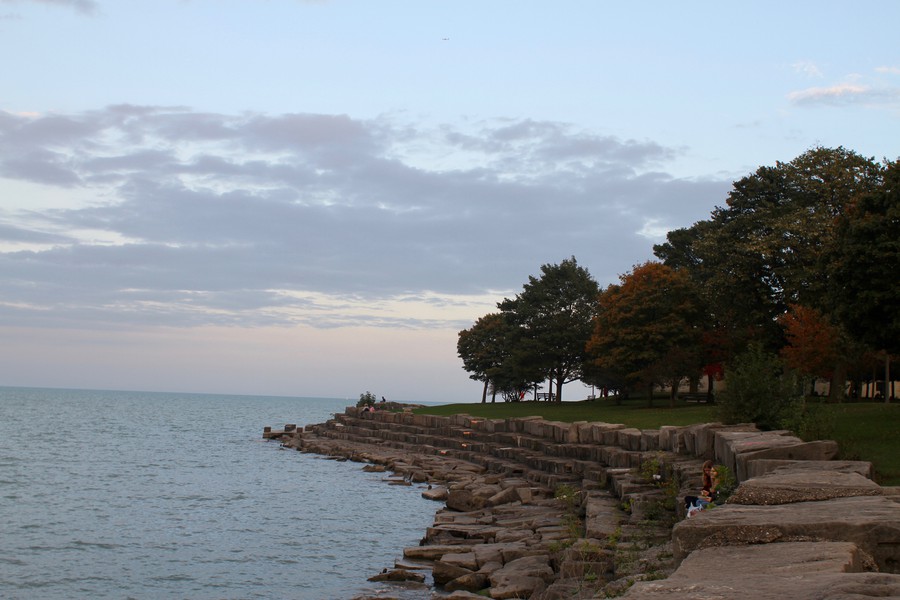 After Illinois Governor J. B. Pritzker issued a “stay-at-home” directive last week, many Chicagoans thought to avoid cabin fever by heading outside—to the lakefront trails, Chicago Riverwalk, and other outdoor park spaces—especially as the weather warmed this week. Chicago Mayor Lori Lightfoot responded to the outdoor exodus with a forceful shutdown of the lakefront, Riverwalk, the 606, and all adjacent Chicago parks.

Lightfoot admonished Chicagoans in a press conference Thursday, during which she declared the green space closure, an effort to prevent Chicago’s COVID-19 cases from mounting further and aid in social distancing.

They've closed the Chicago Lakefront Trail. I understand why, but this one is hitting me hard. pic.twitter.com/rjoGI25ygM

Lightfoot said that upward of 40,000 cases of COVID-19 may require acute care in Illinois, threatening to “break the back of our health-care system.” In order to prevent this, she said, Chicagoans need to stay at home.

“Most Chicagoans have been doing their part. But many have not, and you know who you are…. Your conduct, yours, is posing a direct threat to our public health.”

Lightfoot implored Chicagoans to take the spread of COVID-19 seriously: “A pandemic means it’s here in our midst every day,” she said.

“Congregating on our lakefront, to be blunt, is going to create a risk that is unacceptable and could lead to death. That is why we are taking these actions and going back and saying again, ‘Dear God, stay home. Save lives,’” Lightfoot said.

The mayor also stressed the importance of collaboration in slowing the spread of the disease and emphasized that she was willing to call in law enforcement to make sure Chicagoans complied with the closures.

“The numbers indicate that this will affect all of us, or someone that we know,” Lightfoot said. “It’s a problem we all share, but it’s also a problem we can all solve together…. If people don’t take this in a serious way in which they must, I’m not going to hesitate to pull every lever at my disposal to force compliance if necessary.”

“For those of you who refuse to abide by this common-sense directive to help save lives, we will arrest you,” she added.

Pritzker backed Lightfoot’s closure decision. “I think the mayor was right, in reaction to what she saw on a sunny day, on a warmer day—frankly people seem just to not understand what we’ve said over and over again,” Pritzker said.

Police have begun to patrol around the lakefront to inform those present that the area is closed, according to the Sun-Times and Hyde Park Herald.

Many Hyde Parkers have taken to the “Good Neighbors” Google Group to discuss and express their support for Lightfoot’s order.

“She is as serious as a heart attack about this,” one resident wrote.

Another, who identified herself as a longtime distance runner, said, “I will miss my long lakefront runs but as the Mayor said, ‘we are all in this together.’ As a runner for over 40 years, I support the Mayor 100%.”

Socially-distanced activities like walking, biking, and jogging are still allowed, but “you must do it safely,” Lightfoot said.