Immigrant Narrative Choked By Its Own Tigertail 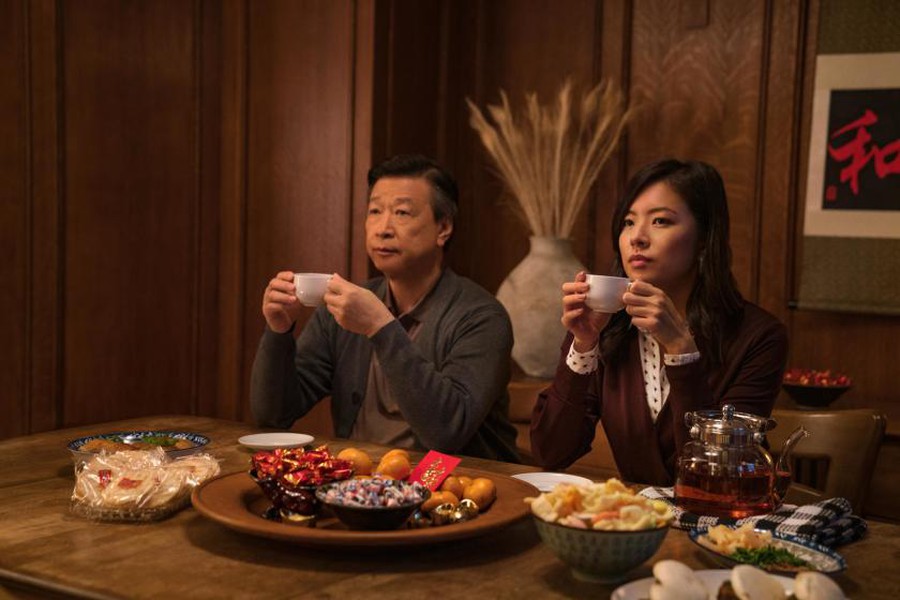 I wanted to like Tigertail, Netflix’s new indie film by Taiwanese American director Alan Yang. Partially based on Yang’s own father, Tigertail follows Taiwanese factory worker Pin-Jui’s journey to America, crisscrossing between cultures and generations as Pin-Jui (Tzi Ma) struggles to reconcile family, sacrifice, and love. It’s the classic immigrant story—you pin all your hopes on the ostensible American dream, and through hard work and luck, realize that America isn’t all it’s cracked up to be. Yet, as the story stumbled through moments I recognized from my own childhood with Hong Kong-Canadian parents, moments that should have made me laugh or cry or even smile, I was unmoved—I couldn’t bring myself to care.

It’s not as if Tigertail has nothing of value to offer. The film follows on the heels of box-office hits Crazy Rich Asians (2018) andThe Farewell (2019) in providing a fresh perspective for East Asians in Hollywood. Its opening scenes are lush with color as a young Pin-Jui runs through the green rice fields of Taiwan, looking for his parents. Yang’s bittersweet depiction of Pin-Jui and his first love, Yuan, channels the style of director Wong Kar-wai; watching Pin-Jui and Yuan sneak out of an expensive restaurant together reminded me of watching badly subbed Hong Kong films as a kid, my mom laughing at all the jokes that were lost in translation. Shot on 16mm, Yang imbues the Taiwan scenes with quiet nostalgia and melancholic love—directorial magic that unfortunately vanishes the moment Pin-Jui sets foot in America.

Once in America, Tigertail’s script begins to feel flimsy and lifeless. Every conversation Pin-Jui has with his daughter Angela (Christine Ko) is stilted, every development forced and unnatural. As I watched, I could see Ko thinking: Pause here. Cry here. Accuse Pin-Jui of being a terrible dad here. And just as Pin-Jui reflected on the emptiness of his life and his apartment, I was forced to reflect on the emptiness of the film’s plot.

This emptiness is most prominent in the film’s non-Pin-Jui characters, all criminally underdeveloped, but none more so than Pin-Jui’s ex-wife Zhenzhen (Fiona Fu). As the daughter of the owner of the factory where Pin-Jui works, she initially fills the role of Pin-Jui’s ticket to America. (Because a factory owner would definitely go up to one of his employees and declare, “I heard you want to go to America. Marry my daughter!”) Tigertail doesn’t reveal whether Zhenzhen herself wanted to go to America—maybe it simply doesn’t care. Instead, Zhenzhen, more educated than Pin-Jui and with actual career aspirations, wanders sadly around the laundromat looking for other Taiwanese people in a predominantly Black and Puerto Rican neighborhood.

When a film doesn’t care about its characters, audience members don’t either. Yet, Yang pays attention to so many subtle details, you can’t help but wonder what Tigertail could have been if this same care was applied throughout. One example is Tigertail’s use of language: for the most part, the film’s transitions between Taiwanese, Mandarin, and English give a new, nuanced layer to Pin-Jui’s conversations. In a long-distance phone-call between Pin-Jui and his mother, he speaks to her in Mandarin while she responds in Taiwanese, the language difference somehow symbolizing sacrifice, opportunity, and generational change all at once.

But this symbolization falters with Angela. Halfway through the film, Pin-Jui scolds a young, crying Angela for messing up a piano recital—it’s the only time we hear him speak in Mandarin to his daughter, and this scene somehow feels like the most natural interaction between the two. Conversely, their attempt at reconciliation toward the end of the film is entirely in English, cheapening an already artificial development. Perhaps therein lies the key problem of Tigertail: in forcing its emotional truths, it alienates the care and nuance behind them.

Tigertail is a film I watched with my family. It’s far from perfect, the visual beauty of earlier scenes outpaced by a suffocating resolution. There are small, intimate details which speak volumes about reconciling cultures and generational gaps; yet, the film seems to gloss over its questions as opposed to answering them.

“Why is she celebrating Chinese New Year with so many non-Chinese people?” my mom had asked, as on-screen, Angela called for a toast with a sparkling glass of champagne. “Doesn’t she have any Chinese friends?”