Medical Center Prepares to Keep Ahead of a Rising Tide 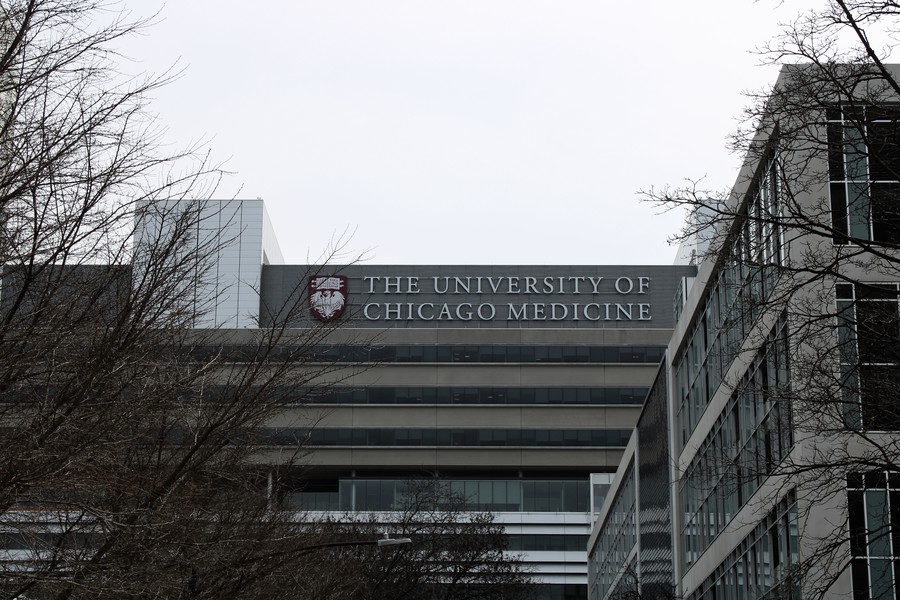 As COVID-19 cases continue to rise nationwide, UChicago Medicine (UCMC) has re-organized team members, adjusted its service, and made contingency plans to step up its response to the pandemic, according to Dr. Jeffrey Matthews, UCMC’s Chair of Surgery.

As of April 4, Illinois has 10,360 confirmed cases of COVID-19, the disease caused by the novel coronavirus. There have been 210 deaths so far. But Matthews emphasized that the situation at UCM is still stable, and expressed confidence in the hospital’s ongoing preparation to handle a further spike in cases.

“We are at the stage where we are planning — Chicago is in an intermediate stage right now.” Matthews said. As of last week, UCM had at least 80 COVID-19 patients, according to Dr. Emily Landon, an infectious disease specialist.

Within the hospital, Matthews said that healthcare providers are working according to social distancing protocols, only entering patients’ rooms one at a time and maintaining six feet of distance between workers, to contain potential spread of the virus.

“We’ve had to rearrange and reorganize where patients are cohorted and all that to be able to make the teams efficient and be able to protect the healthcare workers and the patients who are not infected,” he said.

In Matthews’ department, providers have been split into two rotating teams to maintain staffing levels and prevent virus transmission. UCMC also enacted a “universal masking policy,” under which all personnel in the hospital must have their nose and mouth covered, as cases continued climbing in the hospital.

“[Providers] are on for one week and off for one week. There’s always a group that are ready at home to be able to step in if providers get sick,” he said. “We have to plan for the possibility that providers will become infected with the COVID-virus and they would be unable to work.” The Sophy hotel on 53rd street has donated its rooms for UCMC staff use in the event that they have a long commute or are concerned about exposing loved ones to the virus.

UCM also canceled all elective surgeries earlier this month, or about 90 percent of the department’s caseload, to limit exposure to the virus. Matthews said the department is still operating on critical or time-sensitive cases.

These plans may soon form a critical part of Illinois’ ongoing response to the virus. Earlier this week, Governor J.B. Pritzker extended the stay-at-home order until the end of April to slow the rate of infection. Spaces like McCormick Place in Chicago are being converted into temporary medical centers to accommodate the expected rise in cases.

Currently, surgical staffers are still caring for surgical patients, but Matthews said they are prepared to take more active roles caring for COVID-19 patients should the need arise.

“I’ve got a list of volunteer faculty, residents who are interested in stepping up wherever they are needed. We haven’t had to redeploy them yet,” he said.

Matthews was cautiously optimistic about UCM’s ability to weather the crisis, and about the capabilities of Chicagoland hospitals overall, attributing this in part to Pritzker’s relatively early response to the virus.

“There’s pretty good coordination at the state level, and more importantly among all the hospitals in the Chicago area. We see daily what each other is dealing with, in terms of ventilator supply, impression on PPEs, that sort of thing. It’s a pretty well coordinated group,” he said.

Ultimately, the goal for UCM and other area hospitals is to spread out new cases of COVID-19 over a longer period of time to limit stress on staff capacity and equipment supplies. Matthews said that so far, UCM leadership has managed to keep the hospital’s response ahead of the virus’ advance.

“We feel like we’re 1, 2, 3 steps ahead in the planning process,” Matthews said. “Now, if the floodgates really open and we hit New York levels, they say ‘all battle plans change as soon as the enemy is actually sighted,’ but we have not yet been at a stage where we feel like events are overtaking us.”