A Parting Ode to University Theater 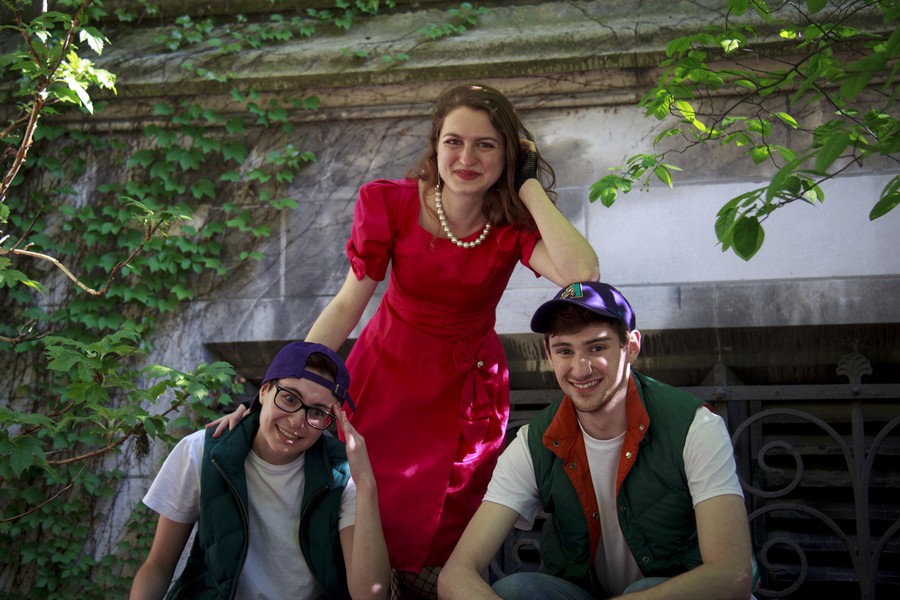 Claire Schultz sends a thank you to University Theater: a pillar of comfort, belonging, challenge, and confidence all in one.

This piece will run in the Maroon's graduation issue, which seniors will receive later this month.

“What have you been doing in quarantine, Claire?” you may ask.

“Mostly staring at a wall,” I would answer. Playing a lot of Animal Crossing, refusing to pay off my eternal debts to a capitalist raccoon. Baking, like a caricature of myself. (Not sourdough; I left my starter in Chicago, and mourn him as another casualty of the pandemic.) Rewatching the entire Marvel Cinematic Universe out of deep-seated self-loathing, and arguing with my parents about why Tony Stark is the best and how the films massacred Hawkeye and Scarlet Witch. What I have not done nearly enough of is make art.

I have nothing but free time now to write, but I’ve used up all of my words turning in my theses. (This is not a flex; please, for the love of God, learn from my mistakes, and don’t do two, if you can avoid it.) Even writing this reflection feels like pulling teeth—I have nearly forgotten how to spell my own name; mistakenly attached copies of research papers when asked for my resume; and finished maybe two of my 20-deep stack of unread books. Clearly, I’m thriving. It could be the quarantine fog, or it could be fourth-year burnout, but it could also be the near-total lack of artistic collaboration that kept me mostly sane throughout my three years on campus.

I transferred to UChicago as a second-year student, overeager and often isolated, unsure how to best navigate what seemed like a second freshman year. After a quarter spent more or less holed up in my I-House single, learning to come to terms with the fact that the Core meant that I, an English major, had to take STEM classes, I was indoctrinated into University Theater through trial by fire. Through some combination of optimism, naïveté, and first-year enthusiasm, I found myself simultaneously taking the roles of assistant production manager for an eighth-week play, and assistant stage manager for a 10th-week musical, under the guidance of a then–fourth-year who had—even more ambitiously—opted to manage both shows at once. Suddenly, my waking hours were no longer spent in Harper (I discovered the Reg cubicles later) but shuffling around Logan—from Logan Cafe to the TAPS Lounge, between Theaters East and West, through the basement labyrinth of dressing rooms and design storage. My dinner time shifted up a solid two hours as I rushed from Cathey to rehearsal, and I began to go days, even weeks, without seeing non-UT friends. I was exhausted and stressed beyond belief, but I was thrilled. For the first time at UChicago, I felt like I could belong.

That’s what art at UChicago is: It’s staying sane by driving yourself a little bit crazy. It’s spending precious, rare daylight hours in a windowless rehearsal room. It’s writing (or ignoring) your final papers during 24 near-straight hours of rehearsal tech week. It’s two quarters spent in management before you realize that you really hate paperwork, then an accidental deep-dive into Shakespeare. It’s getting to direct a play despite having little to no actual experience, and being surprised when it doesn’t burn down Reynolds Club. It’s throwing yourself headfirst into an enormous time commitment because you don’t know how you’d survive life at this university without it.

I wouldn’t realize it until I joined the UT Committee a year later, but UT has three foundational “pillars”: Education, Opportunity, and Artistic Excellence. Every Committee member has a personal favorite; mine was Opportunity. The opportunity to join, the opportunity to try, the opportunity to fail. UT has given me the opportunity to make theater in a way I’m afraid I won’t ever have again, and it has given me the opportunity to belong to a community of hyper-determined, brilliantly creative people. In my real life, much to the disappointment of my elementary school self, I’m working towards life as a writer, not an actor, and I’m sitting with the fact that I may have put on my last show. Before the world fell to pieces, I was set to work at a theater camp this summer, and, as of now, they still intend to run, with precautions. But even if that show does go on, it’ll be different. It’s helping children make theater, not making theater for myself—a notable, wonderful, fulfilling thing, but not the same. This quarter, I’d planned to ignore the unwritten “no shows senior spring” rule to audition one last time. I wanted a final chance at acting, to say goodbye to UChicago with the organization that most made me feel like I belonged.

Even now, we’re not entirely without each other. The quarterly Theater[24] became Radio[24]; the annual New Work Week went online; there have been Zoom play readings and game nights; and I am helping a friend present his TAPS thesis script with a group of fellow UT alumni. Although juggling between windows of scripts and the tiny boxes that now hold my friends is not even remotely the same as clustering inside Logan 501, we do what we can. We adapt, we keep going, because we fundamentally need to make art together. Now, more than ever, we cannot be alone.

As I spend my senior spring sequestered with my family in suburban New Jersey, I’ve come to realize that my time at UChicago never really had a beginning or end. My O-Week was shared with the class of 2021, and my graduation (if they let us walk at all) might be, too. I didn’t get to enter campus with my graduating class, and I won’t get to leave with them, either. All I had was a strange chunk in the middle, like an outside observer of campus life. At least, for a while in between, UT made me feel like I belonged.