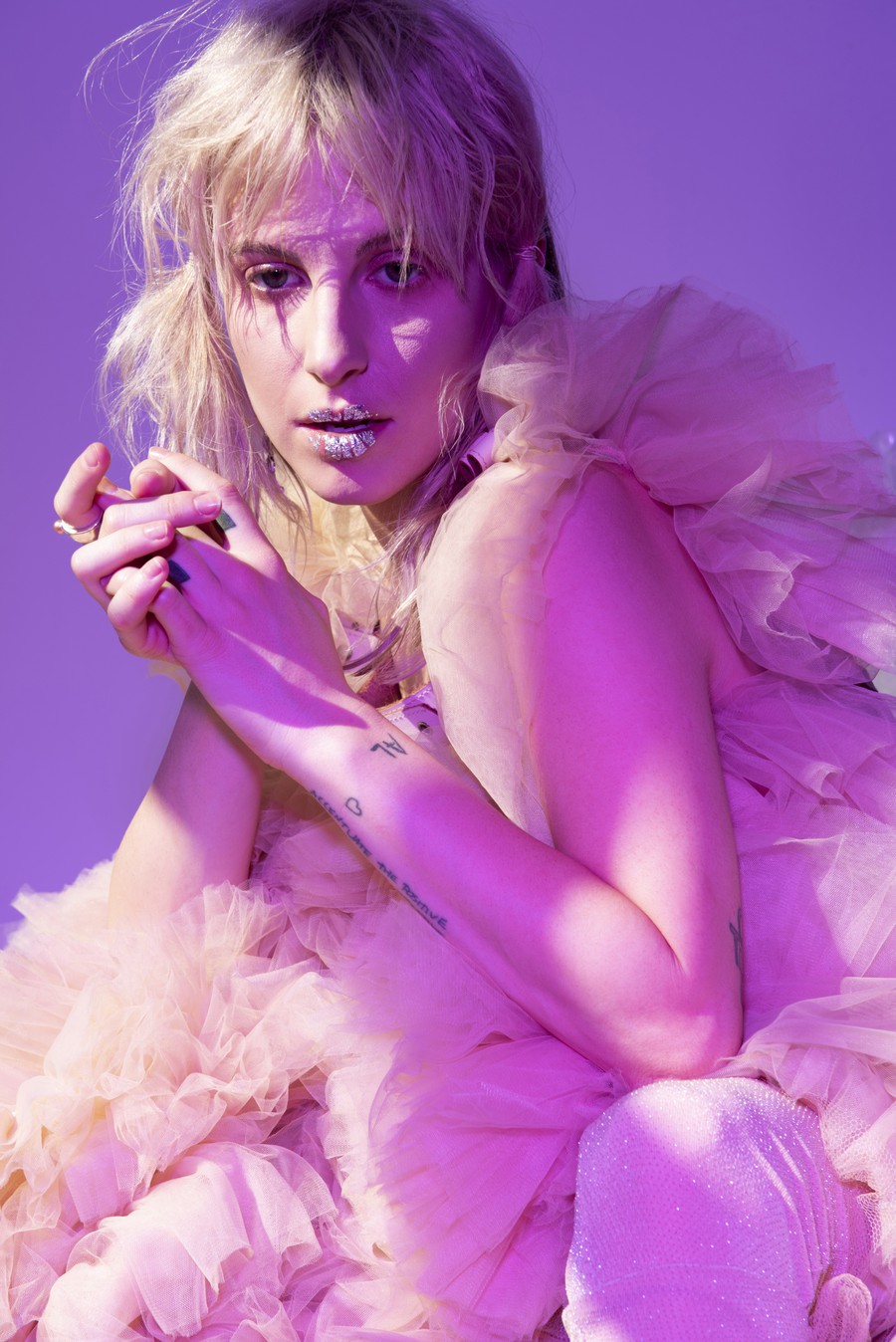 Emotion is at the forefront of each track of "Petals for Armor," described explicitly as a reflection of Hayley Williams’s thoughts and the events she has experienced, guiding us through their inherent complexities.

Hayley Williams is healing. After her personal struggles throughout Paramore’s After Laughter era, Williams has returned to us with Petals for Armor, her first solo album. As any Paramore fan knows, the band has a lengthy and storied history, rife with the entrances and exits of its members. After extensively touring After Laughter, the group announced a break from writing and touring in 2019. Petals for Armor was born during this hiatus, with bandmates Taylor York and Zac Farro taking part in the creative process as well.

Petals for Armor is made up of two E.P.s in addition to a few tracks, with singles from both E.P.s released over the span of this year. The chronology of Williams’s healing process is reflected in the layout of the album: Fiery and sorrowful songs give way to ones of tranquility and optimism. This chronology is reinforced in the transition of the sonic qualities of the tracks, which begin with aggressive vocals and ominous instrumentals that then transform into upbeat and rosy melodies reminiscent of After Laughter’s vibrant offerings. Emotion is at the forefront of each track, described explicitly as a reflection of Williams’s thoughts and the events she has experienced, guiding us through their inherent complexities.

Petals for Armor I, which constitutes tracks “Simmer” through “Sudden Desire”, is  predominantly marked by Williams’s anger and sadness in their unabated intensity. Lead single “Simmer” perfectly introduces us to the prominent dynamic explored in this album: processing the events of the past and acknowledging them in light of the change in the present in addition to its central concept—using vulnerability as armor. While these first five tracks are predominantly characterized by the emotions and experiences they describe, they also highlight Williams’s personal growth. In “Cinnamon,” she sings, “I’m not lonely, baby, I am free/ Mmm, finally.” These hints of hope and acceptance, while not prominently featured in this part of the album, serve as the foundation for the development, which follows Williams as she transitions from raw emotion to reflection and affirmation.

Petals for Armor II takes us further into Williams’s contemplation of her experiences and subsequent growth, as her residual feelings of remorse transform into expressions of optimism for her future. Sonically, this part of the album takes on a lighter tone, with up-tempo beats and distinctive synth-pop melodies. It begins with “Dead Horse,” a track whose beginning marks one of the album’s more vulnerable moments. At the start of the track, Williams says, in what sounds like a voice memo, “Alright, it took me three days to send you this, but/ Uh, sorry, I was in a depression/ But I’m trying to come out of it now” as the instrumentals fade in. Producing this album was clearly a difficult process for Williams, and she makes no point of hiding this from us, reinforcing the idea of strength found in vulnerability.

The last five tracks of the album bring the album full circle, with the culmination of Williams’s healing and her newfound love at the forefront. The first track of this final section, “Pure Love,” serves as a stark contrast from the beginning of the album. Rage is juxtaposed with her discovery of love and its attendant revelations. In the chorus, she sings, “If I want pure love/ Must stop acting so tough” and “If I want your love/ Ooh, got to open up.” While the theme of vulnerability is found throughout the album, this lyric is distinctive in that we see Williams emphasize this to herself. Despite the doubts she expresses throughout the album, this track—and section—mark a significant turn: Williams wants to open up, despite the risk it entails. She continues to build on this idea in “Watch Me While I Bloom” when she sings, “So come and look inside of me/ Watch me while I bloom, ah.” The confidence and tranquility she has found at this stage of her life shine in each track, and serve to remind us of the power of healing.

In its entirety, Petals for Armor tells a compelling story of a woman’s journey toward self-reconciliation and contentment in the face of adversity. The breadth of emotion explored in this album reveals the complexities inherent to the healing process in breathtaking honesty, an honesty that places Williams in a state of vulnerability she has never faced before. Yet, despite the doubt and the fear that comes along with vulnerability, Williams finds strength in it—showing us how we can do the same.