After Weekend of Protests, University Closes Facilities “Out of an abundance of caution” 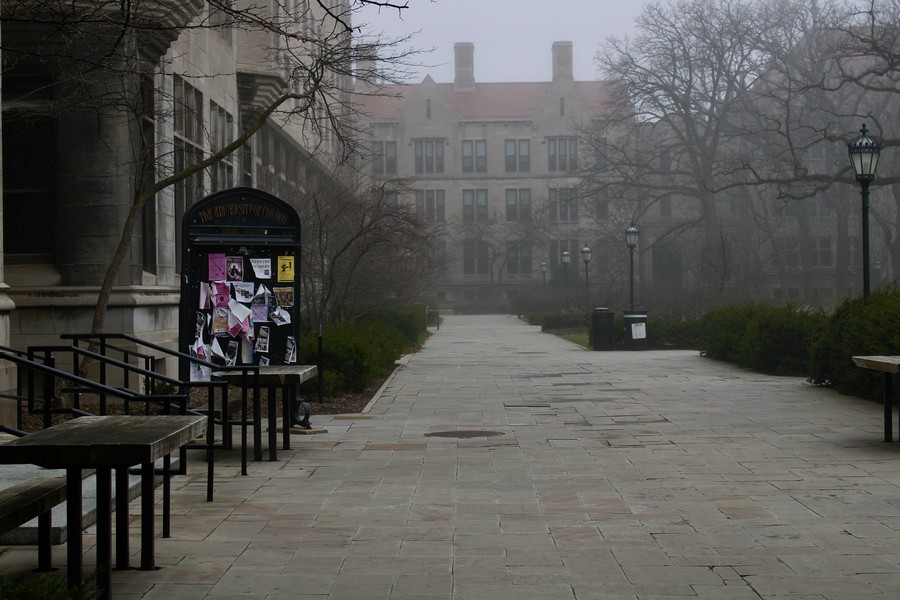 Campus facilities are closed to all but essential personnel and shuttles will not run on Monday, June 1, Provost Ka Yee Lee wrote in an email to University members late Sunday night.

The provost said the decision came out of “an abundance of caution.” The Polsky Exchange and several University-owned commercial properties in Hyde Park, including Hyde Park Shopping Center on East 55th Street and Kimbark Plaza, were damaged on Sunday. According to University spokesperson Jeremy Manier, the Polsky Exchange was the only property of the University to sustain damage this weekend.

The email arrived after a weekend of protests in both downtown Chicago and in Hyde Park. In Hyde Park, businesses were advised to close early in anticipation of potential damage from protests after an initial wave of broken windows and stealing on Saturday night.

In Hyde Park, protesters and police were active for much of the day on Sunday. Kimbark Beverage Shoppe, located in the University-owned Kimbark Plaza, also had its windows smashed, merchandise taken, and equipment damaged or stolen on Saturday night.

Woodlawn Tap, on East 55th Street, had its window broken on Sunday night, according to a UCPD incident report. This was confirmed by a staff member on call Monday morning.