The People and Planning Behind President Alivisatos’s Inauguration 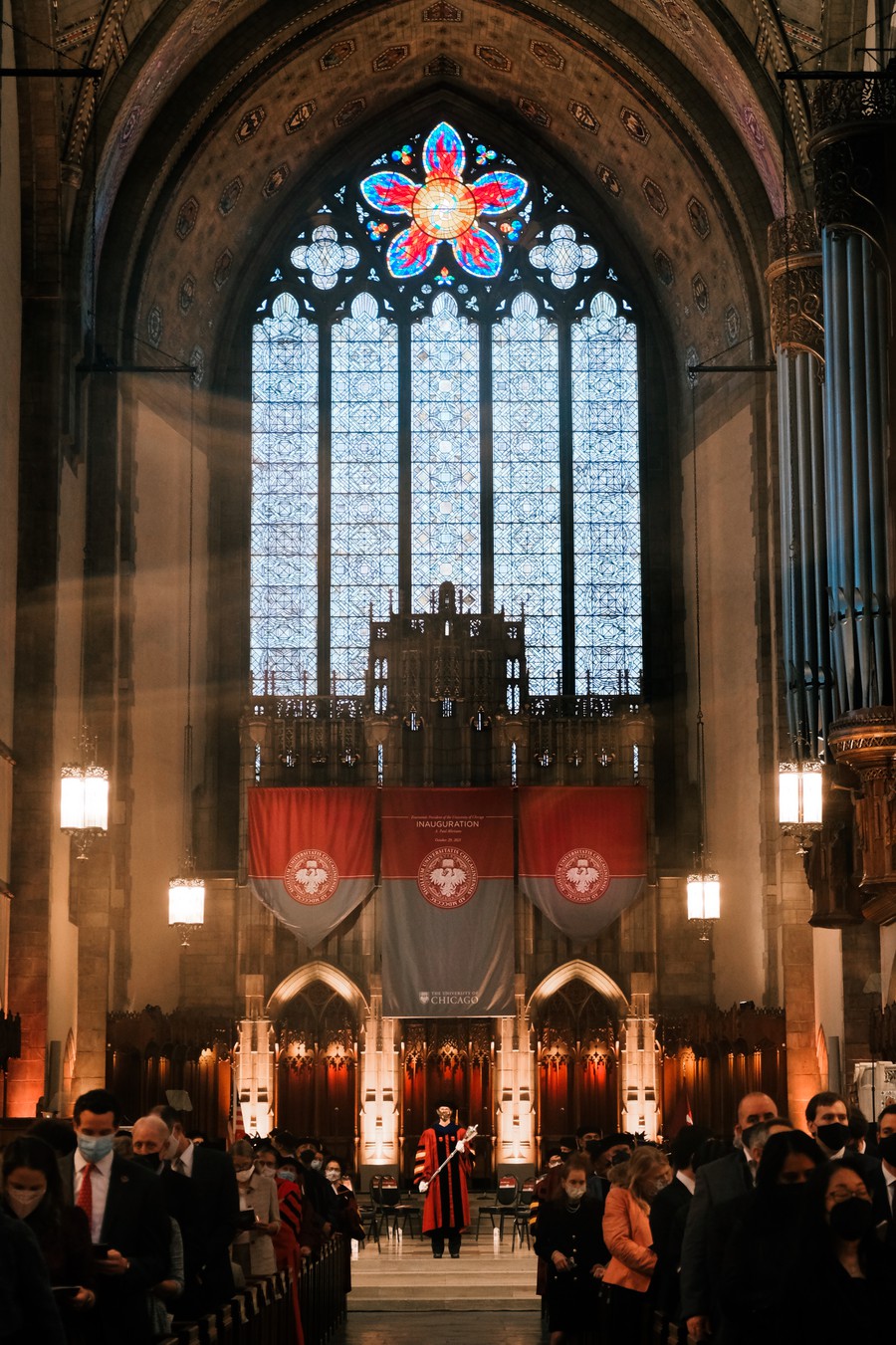 Last Friday, the 14th-ever inauguration of a University of Chicago President took place at Rockefeller Chapel. Before a virtual audience and an in-person crowd of invitees in the Chapel, Paul Alivisatos (A.B. ’81) officially became President of the University of Chicago. Alivisatos served as UC Berkeley's Executive Vice Chancellor and Provost, a position he held from 2017 to 2021, and as the Director of the Lawrence Berkeley National Laboratory between 2009 and 2016.

“Welcoming a new president is an affirmation of all that we have achieved, but really marks the beginning of the next stage in the University's growth as a place where people, ideas, and scholarship are brought together to expand knowledge, debate issues, and make the world a better place,” chair of the Board of Trustees Joseph Neubauer said in his induction speech.

"A goal of the inauguration is to create a sense of inclusiveness among the various parts of the University community, and to provide an opportunity for faculty, students, staff and the surrounding community to feel a part of the celebration,” Senior Associate Vice President in the Office of the President Megan Harris told The Maroon.

In an interview with The Maroon, Executive Director of the Office of University Events and Ceremonies Barbara Siska and Harris talked about what it was like to plan such a unique event. “Thankfully, since it is a convocation, we do have past playbooks to guide us. We did a lot of research on the 2006 inauguration of past president Zimmer, and that helped give us a framework to how we approach what we do for this event,” Harris said.

When asked about the content of the ceremony, Harris said, “Inaugurations are a little bit bespoke. They are customized for the person who’s being inaugurated, and so while I think there are some traditional aspects that we certainly wanted to include, because they’re part ofthe character of the University of Chicago, a lot of the content was developed in consultation with President Alivisatos.”

Harris also mentioned the numerous groups which advised on the planning of the inauguration. The team received input from a facultyadvisory committee, a student advisory committee, and a steering committee. Ultimately, according to Harris, President Alivisatos wanted a ceremony that reflected the unique and varied aspects of the University that make it the institution that it is.

When asked about how the University selected which vendors to work with for the inauguration, Siska said, “We are working with some of our tried-and-true vendors who we work with on convocation each year. We are working with a woman-owned South Side businessto produce some of the elements we are giving away, a food item, as part of a thank you to the guests. So, we were able to branch out a bit in that regard. Some of the vendors that work on convocation for us were a natural fit due to their experience level, knowing the university and spaces that we’re using for this event.

”Planning the inauguration was an all-around University effort. “We have an incredibly long list of lovely volunteers. University staff in other departments that just reached out to us asked how they could help or how they could be of assistance,” Harris said. “Something like this is really singular. In many of our times here at the University, we will not experience another. I think being open to accepting help and to those partnerships has been really gratifying.”