Love and Longing in Hyde Park: Carol Krucoff and Rebecca

The pandemic prevented Carol Krucoff from seeing her daughter throughout the spring and summer. 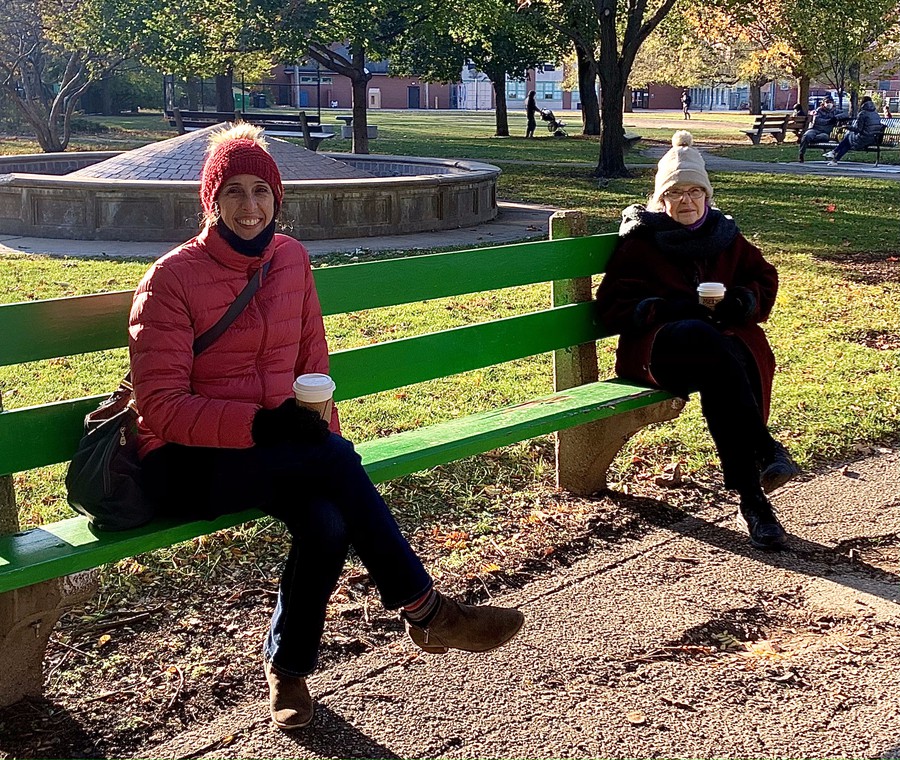 Though Hyde Park resident Carol Krucoff and her daughter Rebecca have been together in Hyde Park since October, the mother and daughter have not hugged since Carol’s March 7 birthday party last year, which included guests from all over the country. Just after Rebecca returned to her Brooklyn home, New York’s lockdown began.

Before the pandemic hit, Rebecca flew to Chicago often to visit her parents and sister in Hyde Park. During the spring and summer, they were unable to see each other at all.

“It didn’t change the quality of our relationship, but it changed how frequently we could see each other,” Rebecca said.

In October, Rebecca flew to Chicago to spend the month with her mother, but chose to stay in a separate apartment. At the time, the City of Chicago’s Travel Advisory did not list New York on the orange or yellow list; the state was re-added to the list on November 13. During the October trip, the Krucoffs’ emotional relationship flourished, although they struggled with not being able to physically interact. Carol is considered high-risk due to her age and has remained six feet apart from other households with a mask throughout the pandemic. This included her daughter, who also wore a mask and kept her distance from her mother during their Zoom interview with The Maroon.

“Because [I’ve been] working remotely, my husband and I were able to come and spend the entire month of October [in Hyde Park], and I got to see my mom actually more often than I normally do. You can see we're sitting far apart from each other. Normally, I would be sitting next to her,” Rebecca said.

Even six feet apart, Carol and Rebecca turned toward each other for connection. They smiled under their masks and finished each other’s sentences.

The excitement of being able to see each other again was overshadowed by coronavirus concerns. Carol and Rebecca continued to take many precautions when visiting and meeting each other.

“Before COVID, I could just get on a plane and come here and not worry. When we see each other inside, we have masks on… things that you don’t normally think about if you’re with your family. That's a strange thing, but I still feel just as close emotionally to my mom as I did before,” Rebecca said.