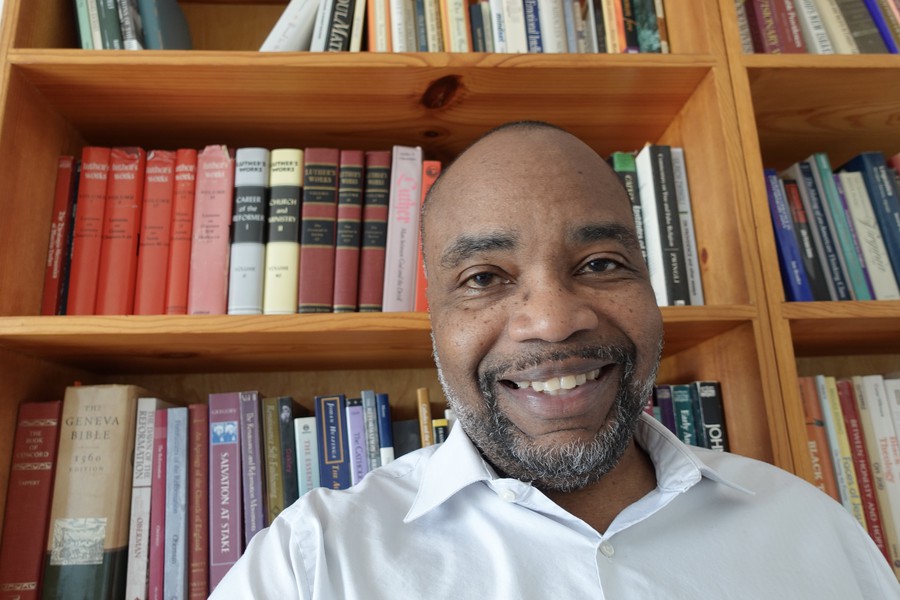 The Reverend Maurice Charles misses his students and congregation. Charles misses the people filling up Rockefeller Chapel and the students visiting his office. He misses knocking on doors and asking people about their feelings.

“I just officiated my first Zoom funeral. It was a secular, beautifully done service by Zoom, and I really felt it deeply afterwards, in part because people were kind of hanging around and not saying anything. You can’t quite mingle in the same way; it needed to end, and there were no hugs or anything, and so that was tough. And when we signed off, I immediately felt it because I was here alone,” Charles said.

The pandemic made it harder to connect in many different ways. One thing Charles, who started at the chapel only shortly before the pandemic bore down, noticed was that the Church did not have a registry of its congregation. No longer able to mingle at the back door, Charles could also not send out messages of support to everyone.

“Some of the most meaningful conversations I have are conversations where I bump into people. Because of my role, if I bump into you, if I ask how people are doing, people tell me the truth. Or, shall I say, they tell me the details. I feel like I’m missing a lot. I feel like I always have a pervasive feeling of feeling like I’m not doing enough for people, no matter what I'm doing, and I truly miss it,” Charles said.

Charles’s feelings about virtual connections are complicated. While he reminisces about the days where he could interact with people in person, he also thinks fondly of the virtual interactions he has had with old friends.

“Everything went virtual, and those barriers dropped. So I’ve had more conversations with close friends, some of whom were students here while I was here the first and the second time, and had a kind of an informal mini-reunion. So suddenly my circle of friends has expanded, because we’re all virtual, which has been nice,” Charles said.