Sustaining Sustainability: Why the University Must Expand Its Environmental Efforts

On-campus sustainability efforts lack a sense of coordination—as the threat of climate change looms on the horizon, the University’s Office of Sustainability must step up. 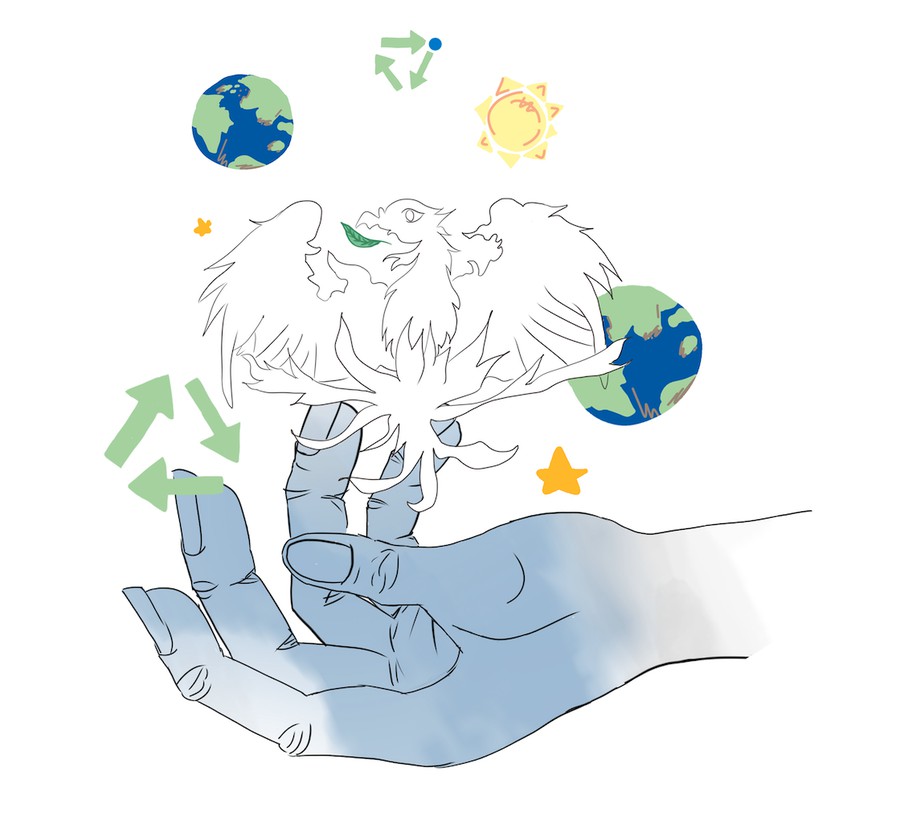 The U.S. formally returned to the Paris Agreement in February—yet effects of climate change are ever-present and escalating: Texas has frozen over, and Chicago itself recently experienced an historic cold snap. If it’s not already too late to make wiser choices concerning our environment, we must take drastic action, especially at the institutional level. This brings us to UChicago’s own effort to do its part through the Office of Sustainability (OS).

For universities in particular, on-campus sustainability offices like the OS play a crucial role in supporting environmental responsibility on campus; they enforce accountability for both large and small-scale actions, keeping track of emissions numbers and pushing more innovative approaches to create a college experience that is as eco-friendly as possible. Institutions often employ many people designated to these tasks. Northwestern’s sustainNU program, for example, lists three separate contacts as members of their sustainability team; Princeton has seven professional and nine student members on their site; and Yale has eight. In contrast, UChicago’s site, beneath a brief page describing its role as “collaborat[ing] with campus and community partners to enhance a culture of sustainability,” lists just one point of contact for the entire program. Comparing program sizes like this may be reductive, but here it points us to the right conclusion: UChicago ought to put greater investment into its sustainability efforts.

While writing this piece, I reached out to the University for comment on the size and role of the OS. The response I received was that the office pursues a “campus-wide approach” to sustainability. Citing units like UChicago Dining, Operations and Maintenance, and Engineering and Utilities, University administration contends that when you look beyond the core jurisdiction of the OS, its green efforts do demonstrate a strong commitment to the environment: see Campus and Student Life’s Green Fund, the Energy Star partnership with Facilities Services, and the Mansueto Institute for Urban Innovation’s Environmental Frontiers initiative. These are loosely centralized under the coordination of the OS, but they otherwise function independently within their respective departments. While this approach allows for a diverse slate of green initiatives across campus, it doesn’t uniquely do so: A more thorough, built-out OS could support a wider range of initiatives while also providing more of the direct sustainability road mapping that shows a coordinated University effort to combat climate change.

The relative weakness of our institutionally-supported sustainability office leaves a significant hole in green efforts on campus, and student groups are the only parties that can fill this gap. Undergraduates living on campus are likely familiar with the Sustainability Czar program, which builds eco-friendly behaviors into the house system on campus. Programs like these are spearheaded by Student Government’s Committee on Campus Sustainability (CCS)—it is students, not the administration, who are taking the initiative to combat climate change. CCS founded the Sustainability Czar program in 2017, and it has expanded to reach 21 houses and some 1,500 students as of the 2018-2019 academic year. This is good progress in promoting sustainability, certainly. But CCS can only do so much—as a student committee, it is limited in scope and reach. This is the role that the University as an institution needs to step into. Discussions with CCS members have revealed months-postponed meetings with the OS, all ending with a near-total lack of responsiveness in the form of ghosted emails. Assuming that the University is not actively avoiding communication with its students, the problem seems to be a matter of capacity. The inability to coordinate with its corresponding student group is a telling sign that the University OS is too small to fulfill the full breadth of its responsibilities.

There certainly is the potential for success in this relationship: As discussed, UChicago as a whole has taken a number of meaningful steps to promote sustainability. Even the OS itself, as it stands, has run promising initiatives in campus sustainability. For example, the Greenhouse Gas Emissions Reduction Plan from 2018 outlines changes to policy that could offer meaningful reductions to the University’s net emissions. Initiatives like this have the potential for high success at a structural level, and indeed structural improvements are a crucial, direct way to create a sustainable campus environment in the long term. But student engagement should not be counted out, either—given the impact of climate change on all parties, promoting sustainability ought to be a coordinated effort between students and the University, and ultimately the OS needs the bandwidth to ensure that this coordination happens.

All signs, then, point to the need for a more centralized, more organized effort to tackle green efforts on campus. The University must expand the OS by providing increased planning and support for structural action that combats climate change and making sure that the office is aligned with individual interests through collaboration with student groups. The OS, in its very name, is the nucleus of UChicago’s commitment to the environment and our collective future—in building out the Office, the University would be doing a service to itself and its students.

Nischal Sinha is a first-year in the College.