Living the Life of the (Cicada's) Mind

UChicago students have a lot to learn from the ephemeral cicada. 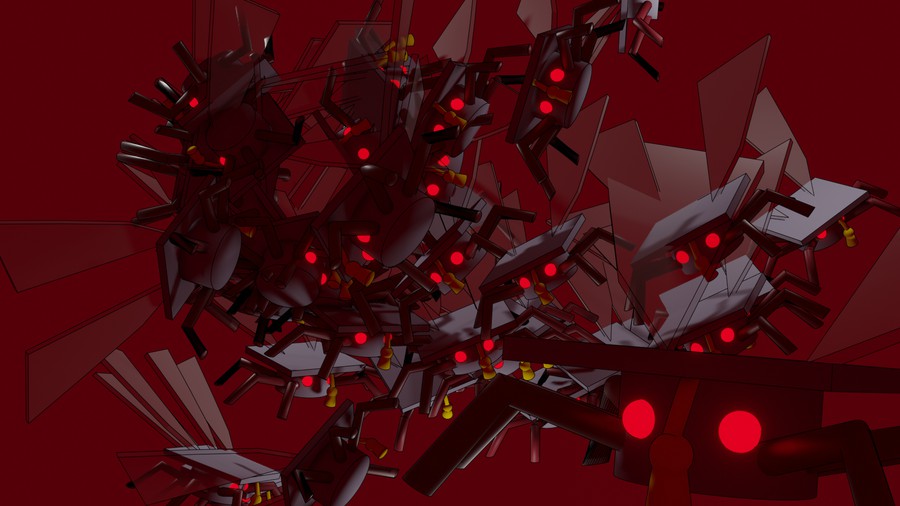 This May—after slumbering for 17 years, like some kind of Lovecraftian horror—billions of cicadas will descend upon the Midwest. (Think the eighth plague with less crop damage and more noise pollution. And less religious indoctrination.) They’ll live for a few weeks, and most will die shortly after mating, while the unluckier ones will die after not mating. For those of you unfamiliar with cicadas, they mate for many of the same reasons humans do: biological programming, social norms, and the occasional tax benefit. I’m kidding, of course—cicadas actually only mate for the tax benefits. It’s true! Ask your local entomologist. That being said, here’s something for which I don’t need to consult an entomologist to say with total confidence: Cicada season seems like a personal hell. One of the unfortunate side effects of Brood X’s breeding frenzy is the fact that cicadas will, at least for five weeks, be everywhere. Trees, roofs, windows, public parks, private parks. Everywhere. (They’re not even subject to “No Trespassing” signs.) For most sane people, this is not a good thing, and I anticipate spending a lot of springtime indoors, doing my best to avoid them. Thanks, cicadas. I only get three total weeks of sunlight in this place, and I’m ceding all of them to you.

I’ve done a lot of thinking about cicadas in recent weeks, as one does. And for all their flaws and inconveniences, I can’t help but empathize with them—just a little bit. Cicadas emerge after 17 years of growth and explode into an unfamiliar world, fueled solely by their hormones; if you’ve seen UChicago Secrets lately, I think it’s fair to say that we aren’t all that different. Their entire existence is contained within several weeks, not unlike the structure of our nine-week quarter system. They’re social creatures that gather in groups and make the most of the spring and summer before spending the colder months tucked away; anyone who’s survived a Chicago winter can admit to doing the same. Cicadas are vocal; once they get started, they refuse to shut up, and their chirps are often simply unabashed cries for attention—and where they have needlessly loud males that never stop screaming, we have overzealous devil’s advocates in Sosc classes. (Don’t deny it; you’re thinking of someone right now, and if you aren’t, I have bad news for you). If any of this sounds familiar, you’re not alone: The entire Wikipedia page on periodical cicadas feels, to me, like an extended personal attack. What I’m trying to get at here—and you’ve probably guessed this by now—is that, in a sense, we are all cicadas. Young, frenzied, naïve, and several other unprintable things that I’ll leave to the imagination, cicadas are little more than college students with wings and carapaces. Save your indignation; it’s not a bad thing to be compared to the humble cicada. I’d argue that, if anything, we should be more like them.

Cicadas, like many other species of insects, have extraordinarily short above-ground lifespans. They’re transient creatures that appear every two decades or so to provide the soundtrack to a single summer, before promptly dying just as abruptly as they’d appeared. A pessimist might see this as a reminder of our own mortality, but I think it’s far more beautiful than it is tragic. Despite being ephemeral, consigned by nature to a swift death, cicadas make the most of their lives. They fly and sing and mate—and that’s it. That’s literally it. Even the most committed hedonist would be jealous. Have you ever seen a cicada fret about summer internships or transcripts? Have you? Of course not! They can’t speak!, you might say. Counterpoint: What if they just don’t give a damn? Cicadas are gloriously irreverent. Unlike their more attractive cousins, locusts, cicadas neither destroy nor pollinate crops. Their net environmental impact is minimal. They exist only to have a good time, and I suggest we take a leaf out of their book because, above all, cicadas are emblematic of youth. Cicadas should remind us that being young is fun, but—more importantly—that it won’t last forever.

Here’s something else that’s fascinating about our six-legged soon-to-be-overlords: Cicadas don’t have a structural hierarchy, as opposed to, say, bees or ants. Cicadas have no queens, no workers, no foragers. There’s a lesson buried somewhere in there, and here’s what I think it is: Everything a cicada does is motivated by its own desire and by what’s best for it. For insects, this means feeding on sap and procreating. For marginally more evolved creatures, like students at UChicago, this means preserving our health and sanity rather than caving to arbitrary, external measures of success—material or otherwise.

For the record, I’m just as susceptible to this as everyone else is—I, too, frequently measure my worth in GPAs or Handshake application updates—yet I can’t help but envy cicadas, which consider such trivial concerns beneath them. And while we can’t spontaneously transmogrify into cicadas (no matter what Kafka would have you believe), we can take steps to reduce the strain that being human takes on our mental health. I don’t just mean taking a single “wellness day” each quarter or occasionally allowing ourselves to submit a late assignment—though doing both of those things is a start—but quite literally reclaiming our time here by shifting our collective focus. UChicago culture has become devastatingly results-oriented, turning an educational institution into a breeding ground for feelings of inadequacy. Like cicadas, we are the primary architects of the lives we live—and, like cicadas, we need to treat ourselves with care. I might sound like I’m proselytizing here, but I can’t stress this enough: If insects can spend their entire lives unburdened by expectations of success, we should be able to do the same without consequence, at least for a few more years. As I write this, it’s 80 degrees outside. The sun’s lodged firmly in the sky, and it doesn’t look like it’s going anywhere. Rather than worrying about which firm you’re working at this summer, get out there and enjoy the weather while you can, because you might not be able to for long. (It’s important to mention that, while cicadas may be able to fraternize with each other without masks, they can also fly. And they don’t have lungs. Point is, wear your masks and stay socially distanced.) Come May, it’ll be the cicadas’ world—we'll all just be living in it, so we might as well get prepared.

Ketan Sengupta is a first-year in the College.