An Account of UCPD’s Disciplinary Actions, Amid Its Reaccreditation Pursuit

In a public UCPD reaccreditation forum lasting 15 minutes, only one person spoke: a UChicago student recounting his experience with the UCPD. 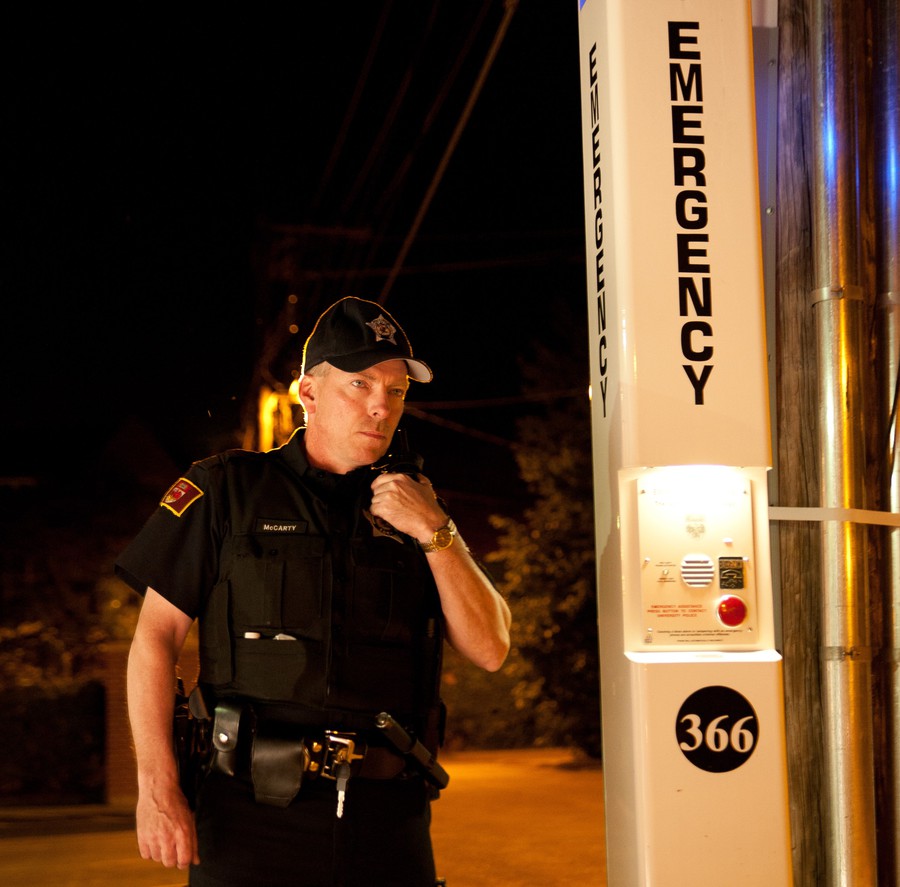 Public accountability is a concept often centered in the discussions about the University of Chicago Police Department (UCPD), which holds policing powers over an area that extends from 37th to 64th Streets, far beyond the limits of UChicago’s campus. University officials tend to tout meetings with local stakeholders and public safety forums as evidence of their commitment to ensuring that UCPD is accountable for the community it polices.

However, organizers cite the fact that UCPD is a private police department, alongside examples of it racially profiling UChicago’s neighbors, as proof that the department is fundamentally unaccountable to that community.

Last Tuesday, in one of these safety forum meetings discussed above, assessors with the Commission on Accreditation for Law Enforcement Agencies (CALEA) held a public hearing over Zoom, inviting members of the community to air their concerns about the issue at hand: reaccrediting the UCPD. Only one person chose to speak publicly about their experience with UCPD, while others requested to share their thoughts with the assessors in a more private setting.

CALEA recertification, while not necessary for UCPD to maintain the policing powers it holds through Illinois’s Private College Campus Police Act, is one instance in which people outside of the department or university administration can review the department’s policies and its officers’ behavior towards the public. CALEA accreditation, according to the Association’s website, can help shield agencies from liability and bolster their professional image, in addition to bringing their policies in line with those of other law enforcement agencies, although membership is no guarantee that an agency won’t be charged with misconduct.

This is UCPD’s second time being evaluated for reaccreditation; it first achieved the designation in 2014, and renewed its certification in 2017. While most of the process involves internal review by CALEA’s assessors, Tuesday’s hearing was one of the few chances the community had to influence the reaccreditation decision.

UCPD’s complaint investigation and disciplinary procedures, the method by which members of the public can level complaints against the agency and theoretically see them rectified, are among the list of criteria CALEA uses to evaluate a department for reaccreditation. They’re also the most accessible way for community members to try and pursue accountability outside of the four-year recertification cycle and gain redress for any harm.

These procedures start internally, when a complainant files an electronic form or contacts UCPD’s Office of Professional Standards, initiating an internal review. That review then goes through the Executive Director for Campus Safety and UCPD supervisors, before going to the associate vice president for safety and security for a final decision. However, when a complaint involves “issues of excessive force, violation of rights, abusive language, or dereliction of duty,” according to the commission’s charge, the Independent Review Commission (IRC) reviews the complaint as well.

The IRC is composed of 11 members: three faculty, three students, two staff members, and three members from the Hyde Park community. All members are appointed by the provost’s office; students apply through the Office of the Dean of Students. The commission reviews UCPD’s own determination before recommending its own: However, it does not have the power to do more than recommend UCPD take certain disciplinary measures or make certain changes to its policies.

Out of 16 complaints in the 2019–20 academic year, the commission only sustained one, a situation in which a UCPD officer directing traffic called a driver a “fucking idiot.” The Commission recommended better traffic management protocols and a stress management class, alongside UCPD’s disciplinary action of a one-day suspension and remedial training. Several complaints were closed when the complainants didn’t sign sworn affidavits, a step required by Illinois’s Uniform Peace Officers’ Disciplinary Act. In previous years, a number of serious allegations, including use of excessive force or racist language, ended up falling under the “administratively closed” designation.

Since March 2005, there have been 183 complaints filed against UCPD, according to the IRC’s December 2020 report. Of those, the IRC has sustained roughly a quarter of the charges. Since 2008, The Maroon could find only six instances in which the IRC disagreed with UCPD’s determination in sustaining a complaint. The IRC’s reports also track the numbers of complaints filed against particular officers: For the 2019–20 academic year, one officer, who has since left UCPD, had a record of seven complaints filed against them, while two others had six.

When Benjamin Boyd, the sole participant in the reaccreditation forum, brought his complaint against the UCPD officer who had arrested him to the IRC, he felt that the commission prioritized protecting UChicago from legal risks over dealing fairly with his complaint. Boyd, a student in the Divinity School at the time, was pulled over in August 2019 for rolling through a stop sign. Boyd says he didn’t realize at the time that UCPD had legal police powers, and ended up arguing with the UCPD officer when the officer asked for his driver’s license. While Boyd said he made it clear to the officer that he was unarmed and not a threat, the officer tackled him when he got out of the car, which Boyd says aggravated a preexisting wrist injury. Boyd was arrested and taken to jail for 15 hours, then, he said, given the wrong phone number to call for a ride home. He ended up walking back to Hyde Park from the Englewood precinct and was charged with obstruction of justice and resisting arrest.

When Boyd filed his complaint alleging that the officer used excessive force and was unprofessional with him, he said Executive Director of Campus Safety Michael Kwiatkowski was initially helpful, directing the complaint to the IRC. Boyd hoped that a finding of misconduct by the IRC would influence the outcome of his pending court case; however, the IRC did not release its decision until November, after Boyd had already pled guilty to avoid a mark on his record. Boyd’s guilty plea meant that he forfeited the right to sue the University of Chicago over the incident later on, a fact he says he wasn’t told at the time by his public defender.

The IRC upheld the UCPD’s finding, exonerating the officer who arrested Boyd, although they noted that the officer in question could have tried to de-escalate the situation or shown his business card. In their analysis of Boyd’s complaint, the IRC wrote that he “was belligerent, insulting, and non-cooperative. He engaged in behaviors that were reckless in the context of being detained by an officer of the law, such as reaching into his pockets to retrieve a snack after the officer asked him to put his hands on the car.” The commission concluded that the officer “appropriately used a wrist lock to take the actively resisting (arms flailing) complainant into custody,” dismissing Boyd’s complaint without further action.

“The woman who would go on to make sure that I was put on permanent academic probation was on the review board, a bunch of people who are trying to keep the University from being sued basically and trying to discipline me for my bad behavior, were the ones determining whether I had been abused or not,” Boyd said. “The moment I saw that, I thought, This is such a farce.”

While disciplinary bodies like the IRC are offered as a way to hold UCPD accountable to the public, the department is also accountable within the disciplinary process to the Uniform Peace Officers’ Disciplinary Act and the collective bargaining agreement with UCPD’s union, Local 185 of Illinois’s Police Benevolent and Protective Association (PBPA). UCPD’s union contract, unlike contracts with other campus unions like the Service Employees Union International or the International Brotherhood of Teamsters, contains several detailed provisions describing protections for its members should they be investigated for misconduct. For example, UCPD cannot investigate any complaints made anonymously against any of its officers.

Police unions have been widely criticized as barriers to structural criminal justice reform, through the protections they incorporate into their contracts and their political advocacy. UCPD’s parent union, the PBPA, employs a lobbying arm in Springfield and is a member of the National Association of Police Organizations, which has an active presence in Washington lobbying for police interests such as legislation to protect police departments’ access to surplus military equipment.

Membership in CALEA, which runs conferences and develops programming in partnership with institutions such as the Bureau of International Narcotics and Law Enforcement Affairs and the National Police Foundation, also allows UCPD to plug into a network of law enforcement agencies across (and even outside of) the United States. In Illinois, not only UCPD but also the Chicago Police Department and Illinois State Police are members of CALEA.