Scav ended with its second-ever tie between two teams, Snitchcock and Breckinridge, who teamed up with Fama House and Yovovich House in Woodlawn, respectively. 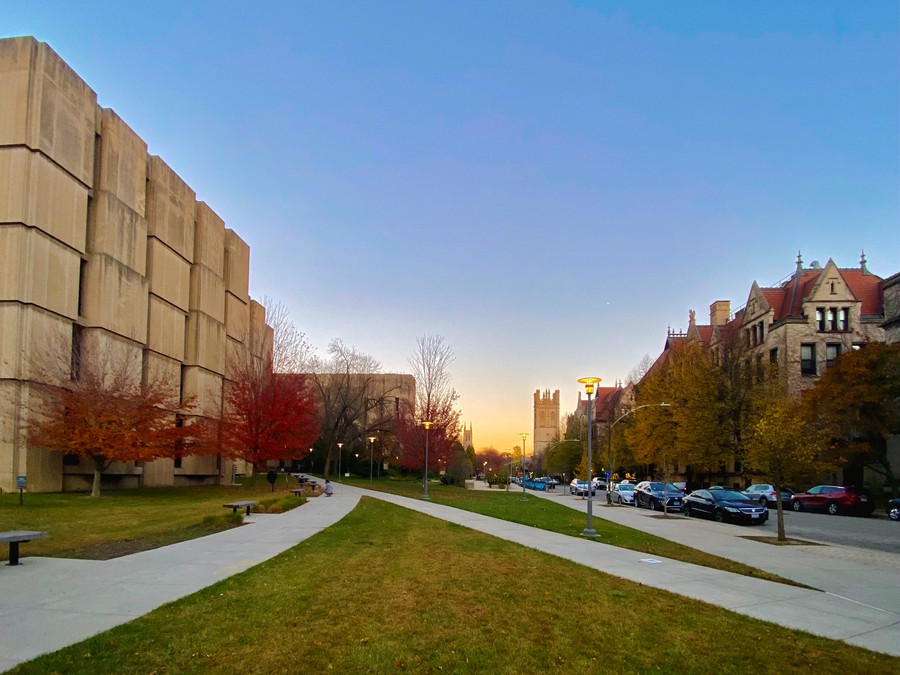 Scav, the quintessentially UChicago annual scavenger hunt, took place virtually for the second year in a row since the COVID-19 pandemic began, but that did not prevent members of the community from coming together to make this Scav as exciting and convoluted as possible.

This year’s virtual Scav ran from Thursday, May 6, through Sunday, May 9. The format allowed team members not physically present in Hyde Park to participate in the event, and the resulting remote Scav even included one team representing Washington University in St. Louis.

Though organized virtually, Scav did include a few in-person meetings, as teams met up in small groups to complete tasks like creating a costume for their team’s designated “Scav Captain” for the Captain’s’ Breakfast, a meeting between all captains in Scav. Despite the teams’ in-person gathering for creating the costume, this year’s Captain’s Breakfast was held on a Zoom call.

For many, including second-year Gabi Garcia, this marked their first time participating in an in-person Scav event.

“I went to the lounge here in Woodlawn, with one of our captains and one of the first years in Fama, and we made a crab costume out of excess cardboard, in a couple of hours,” said Garcia, a resident of Snell-Hitchcock. “I have been told what real Scav is like, and it was a special moment being able to share that with a couple of people sitting in the lounge at 4 a.m.”

Garcia was in charge of the timed items during Scav. This meant that she oversaw events that needed to happen at particular times or items that needed to be collected before the tasks were judged on Sunday at noon.

Though Garcia enjoyed participating in Scav this year, she found some parts of the online format to be a bit difficult.

“Part of what's hard about being online is there's a little bit less of a sense of immediacy sometimes,” Garcia said. As a solution, the team captains kept a Zoom room open during all four days of the competition, 24 hours a day.

Despite these challenges, Garcia appreciated the judges’ creativity in adapting Scav activities to the online format, such as using a Minecraft server instead of doing the in-person Scav Olympics.

Kathryn Downey, a third-year and the head judge for next year’s Scav, mentioned how excited she was about the new possibilities an online format gave to Scav.

“In a virtual environment, we can't have teams come together to construct something, so what we did is we set up our own Minecraft server, put some Discord voice channels up, and we had a couple of items that needed to be completed. So in Minecraft, teams were able to get on voice calls, build together, and come up with ideas together. Actually, some people have stayed on the Minecraft server even after Scav completed because it was just kind of a fun experience for them,” Downey said.

Scav ended with its second-ever tie between two teams, Snitchcock and Breckinridge, who teamed up with Fama House and Yovovich House in Woodlawn, respectively.

Though this year’s Scav was successful, Garcia worries about the future of Scav.

“The way that admissions is changing this university, because we're trying to be like the Ivies, fewer people [are coming] that really are into Scav, which is a whole weekend of putting an intense amount of effort into things that don't matter. There are fewer and fewer people like that, as more and more people [who enroll are] trying to be career preparatory, and that makes me kind of sad because it’s so much fun. I don’t want this place to be where fun comes to die,” Garcia said.

Downey, on the other hand, is more concerned about the immediate future of Scav on the heels of a global pandemic.

“We don't know what COVID is gonna look like next year, but since [we’ll have] in person classes, I'm really, really hoping to have an in person Scav. But as part of our survey this year, we've started looking into what aspects of digital Scavs ended up working really well that we might want to retain,” Downey said.