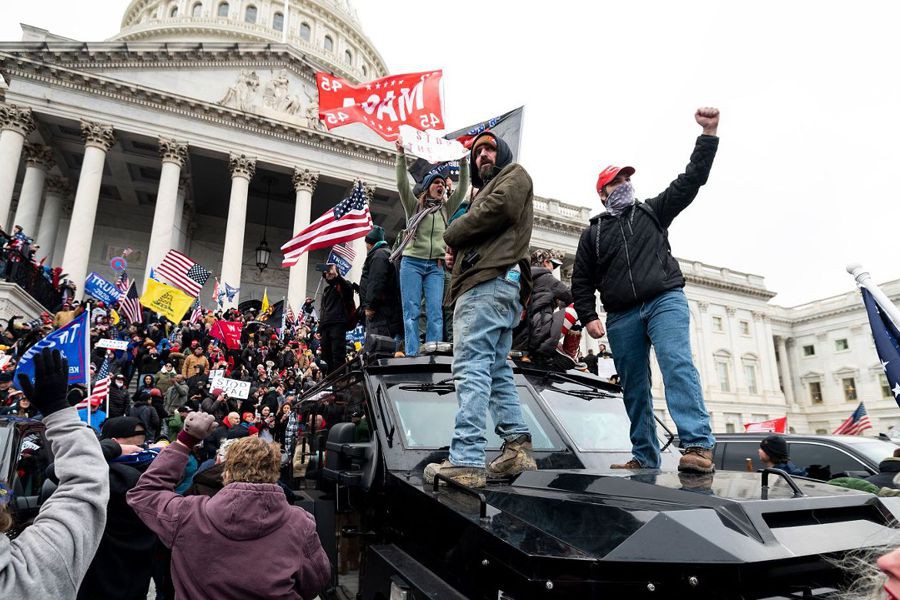 UChicago political science professor Robert Pape found that “everyday” Donald Trump supporters, mostly middle-class and middle-aged citizens without previous connections to the alt-right, formed a large majority of the violent mob at the Capitol insurrection. Pape’s research team at the Chicago Project on Security and Threats (CPOST), a political science think tank housed at UChicago, analyzed over 1,500 documents to study 444 out of approximately 800 insurrectionists. Over 25 undergraduate students contributed to the data collection and analysis, which included publicly available court documents and open-source media documentation.

Soon after the Capitol insurrection on January 6, news coverage identified right-wing militias and hate groups as the main suspects. Pape, however, observed significantly different demographics of the insurrectionist mob. The research compared suspects’ demographics, socioeconomic traits, and affiliation with right-wing militia to those of 108 individuals in the United States arrested between 2015 and 2020 for causes associated with alt-right ideology. Pape observed a new face of violent extremism: older and employed everyday urbanites who felt like the political minority in their districts.

CPOST started its analysis of instigators shortly after the insurrection and identified the unusual nature of the group. “With extremists in general, and far-right extremists in the US, we’re used to seeing two-thirds of the groups [being] under the age of 34 and unemployed,” Pape said. “But what we’re seeing at the insurrection was that two-thirds were over the age of 34; it was a whole generation different. With now nearly 450 arrested, we also noted a 7 percent unemployment rate, which is right at the national average [under normal circumstances].”

The low unemployment rate is a stark departure from previous right-wing extremist arrests, such as the White Rabbit Militia or Aryan Brotherhood, whose unemployment rates were around 25 percent from 2015 to 2020. CPOST’s research also determined that of the roughly 93 percent of insurrectionists who were employed, 47 percent were CEOs, business owners, doctors, lawyers, and white-collar employees. Pape attributed this demographic shift to the Great Replacement, a debunked theory that the rights of minority groups outpace the rights of white communities. Districts with greater declines of non-Hispanic white populations were more likely to send an insurrectionist to the Capitol than overwhelmingly white, rural areas. Roughly 56 percent of the insurrectionists came from more diverse, blue or purple urban regions such as Chicago, Los Angeles, Dallas, Houston, and San Francisco, and 36 percent came from counties with less than 60 percent white and non-Hispanic populations. Everyday upper-middle-class people in these areas, Pape concluded, were anxious about their future social decline and driven to storm the Capitol in an attempt to prevent the “replacement” from happening.

“Past studies didn’t even have categories labeled ‘business owner’ in most extremist analyses,” Pape said. “But in blue urban areas like Los Angeles…where the county might see a loss in the white population, we start to see a picture about a fear of status decline from upper-middle-class people. It could mean loss of political influence, of economic benefits, of social status. This is felt broadly by people who have quite a bit [of financial stability]. They may not be the 1 percent but an upper middle class who are imagining a world where it tilts against the rights of the white group. They have begun to fear some general status decline going into the future, even though they haven’t really been hurt by that.”

Overwhelmingly, 88 percent of these insurrectionists did not have connections to right-wing militias or hate groups. Everyday Trump supporters joined forces with the alt-right to form this violent mob. Donna Son, a second-year research assistant at CPOST, reflected on her research process, noting that the insurrection was the result of an accumulating resentment toward people of color as per the Great Replacement theory.

“After the initial shock of January, I tried to rationalize it. But, ultimately, white resentment and racist conspiracy isn’t something new to America, nor is it really something that I’m unfamiliar with,” Son explained to The Maroon. “Even QAnon insurrectionists, whose theories aren’t [entirely about] white power, share a lot of common threads with the Three Percenters or the Proud Boys, who were all there [at the insurrection]. That underlying motivation is about losing political power.”

This shared anxiety over status decline has brought a solidarity among insurrectionists that allows for violent mass movements to mobilize among everyday constituents. Pape argues that insurrectionists, who arrived from more than 40 states, had exchanged phone numbers and communicated on encrypted channels, such as WhatsApp. The insurrection’s diverse location demographics also emphasize a departure from the demographics of Trump rallies, which traditionally attracted supporters from local surrounding areas. CPOST’s findings thus point to a congealing effect, a social networking that inspires people from any state to connect, idolize politicians such as Representative Marjorie Taylor Greene as positive revolutionaries, and establish January 6 as a focal point or a “new Independence Day complementing Trump’s so-called ‘exoneration’ in his Senate trial.”

Pape expressed concern over the possibility of the recruitment of passive Trump supporters into violent, alt-right militia groups because of this congealing effect. He noted the importance of manipulation occurring within social networking apps and political campaign rallies; such connection has previously led to anti-lockdown protests in Michigan in 2020, when extremists met to conduct tactical training exercises. They would later attempt to assassinate Governor Gretchen Whitmer by plotting exactly how to kidnap and kill her, including burning down the Michigan State Capitol and leaving no survivors.

“What can move the needle from passive supporters to active extremists is the manipulation of symbols by political elites like [former president] Trump and micro-level concealing via social networking,” Pape concluded. “We need to diagnose these social network mechanisms more cleanly and precisely in the coming months…as we move into the 2022 and 2024 electoral seasons, before another insurrection happens.”

CPOST’s Capitol Insurrection Analysis can be found on its website, where it publishes regular updates based on the latest arrests.