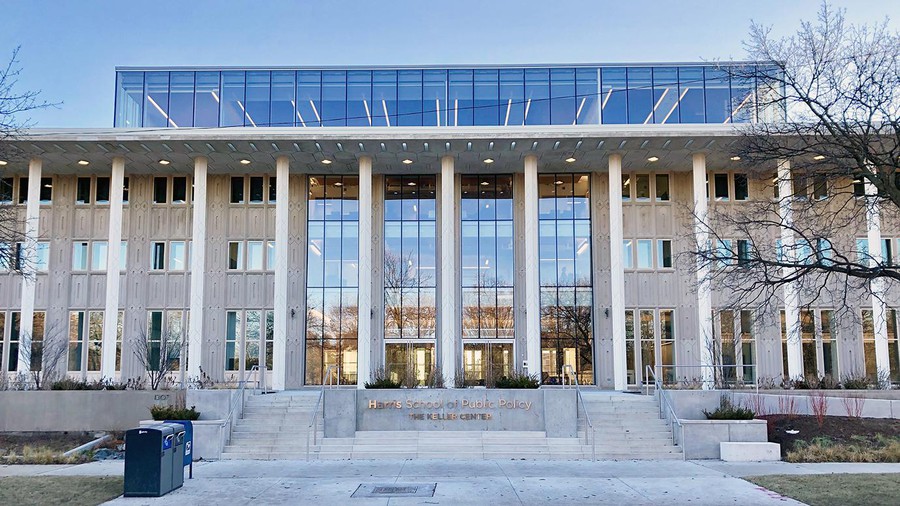 Jelani Cobb, a columnist for The New Yorker and the Ira A. Lipman Professor of Journalism at Columbia University, spoke at a virtual event hosted by the Harris School of Public Policy on Wednesday, February 9, as part of Harris’s “The Power of Social Movements” speaker series.

Cobb spoke on the creation of Black History Month and the historical continuity between the Abolition and Civil Rights movements and current political dynamics in the United States.

Cobb began the talk by acknowledging Carter G. Woodson (A.B. and A.M. 1908), who was the second Black recipient of a doctoral degree in the United States. Woodson received his degree in 1912 from Harvard University and was the only Ph.D. recipient in the United States whose parents were enslaved. Woodson created the precursor to Black History Month, known as the “Congress of Negro History Week,” in 1926. Woodson also founded two academic journals, The Journal of Negro History and The Negro History Bulletin, that aimed to legitimize the study of African American history and culture.

Cobb discussed current events that jeopardize civil rights and reflected on the current “troubling” circumstances of unjust voting laws that disadvantage Black voters. Cobb referred to a recent Supreme Court ruling which reestablished an Alabama congressional map that had been said to leave Black voters at a disadvantage through redistricting. According to The Washington Post, those against the map argue that it “creates only one district favorable to a Black candidate.”

“For almost 10 years now, we have seen a steady accretion of laws that have made it more difficult and onerous to access a ballot,” Cobb said.

Cobb then proceeded to explain the history of laws restricting Black votes, and how there are many parallels between the Jim Crow era and current political dynamics. Cobb referred to the conservative reaction to Barack Obama’s presidency, which resulted in Donald Trump’s election, and eventually Capitol riots in early 2021: “It seems almost predictable that in the context of the first Black president and in the context of a multi-racial movement of voters who then reelected him four years later, that we would see precisely the type of reactionary movements that threaten American democracy again.”

Cobb explained the historical connections between the significance of Georgia’s status as a blue state in the 2020 election and its high Black voter turnout to the emancipation of Black voters after the Civil War.

“In 1870, Black people were given the right to vote in order to offset the power of a white supremacist movement that threatened to destroy American democracy. In the most recent elections, we witnessed an echo of history,” he said.

Cobb offered advice on what can be learned from the civil rights movement by examining its greater historical context: “In emphasizing the Montgomery bus boycott, we overlook the dozens of people who refused to give up their seats before Rosa Parks.”

Rather than focusing on significant historical events themselves, Cobb expressed the importance of understanding the forces behind them. “We are looking for those moments of confluence where a preexisting movement coincides with a large societal interest, which creates a moment that catalyzes change,” he said.

In addition, Cobb highlighted the importance of “broad-based allyship” and unity in social movements. “The movements that we have seen that have been successful have brought together people for many reasons,” he said.

Cobb referred to the abolitionist movement, where the institution of slavery was opposed both for its social injustices and the power it granted to the Confederacy, unifying groups with different motives in order to achieve a shared goal.

Cobb stressed that despite the adversity faced by Black Americans, the success of past rights movements give reason for optimism: “It is crucial that we maintain realistic optimism in moments of difficulty. This optimism lies in our sense of survival and our ability to transcend the moment.”