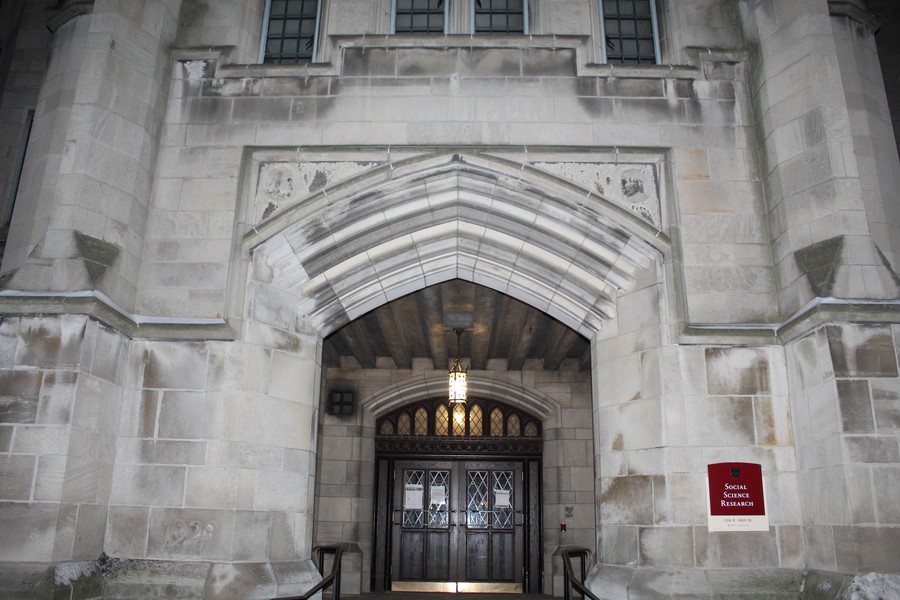 The Department of Race, Diaspora, and Indigeneity will become part of the academic Division of the Social Sciences.

In an email to the University Wednesday morning, President Paul Alivisatos and Provost Ka Yee Lee announced the creation of the new Department of Race, Diaspora, Indigeneity. The announcement follows years of student and faculty pressure for a more expansive ethnic studies program at the University.

“Following a multi-year, faculty driven process, the Council of the Senate of the University of Chicago voted Tuesday to create a new Department of Race, Diaspora, and Indigeneity,” Alivisatos and Lee wrote in the letter. The department hopes to “produce new understanding and fresh insights into the world we live in by studying how conceptions of race have emerged in different eras and circumstances.”

The announcement was hailed as a victory by the campus organizations that had long pushed the University to create a department focused on ethnic and racial studies.

In a statement to The Maroon, the University’s Center for the Study of Race, Politics, and Culture (CSRPC) expressed excitement at the creation of the new department. “The innovative design of juxtaposing race, diaspora, and indigeneity–concepts and practices that have evolved in tandem with the modern world—has the potential to offer new paradigms for thinking across a constellation of conversant fields,” the center wrote in its statement.

UChicago United, a group made up of students at the University dedicated to racial justice, tweeted out an annotated version of the email sent out by the University. Their version attributed the creation of the new department to “students pressuring faculty to take action.” UChicago United did not respond to The Maroon’s requests for comment.

“Five generations of students of color have marched, chanted, wheat-pasted, rallied, banner dropped, and occupied in the name of a Department whose values are aligned with the Third-World Liberation Front and other radical, multiracial student coalitions,” ESN organizers wrote in a public statement. “The email sent out by [Alivisatos] and [Lee]…erases and co-opts the work of generations of students of color organizing and the radical lineages we descend from.”

Organizers called on the administrators and faculty that will be involved in the creation of the new department to ensure a radical program of study. Without that assurance, they raised concerns over the University “replicat[ing] ideological and material violences toward Black and Brown communities” that have characterized the University’s historical role in the South Side, according to their statement.

In a separate statement to The Maroon, The University of Chicago Graduate Student Union (GSU) called Tuesday’s vote a “much-deserved win after tireless advocacy particularly from students of color involved with #EthnicStudiesNow, UChicago United, and other allied groups.”

GSU recognized ESN’s longtime leadership on the issue and echoed calls for a department that would “work to dismantle and struggle against [the University’s] institutional complicity with racism and colonialism.”