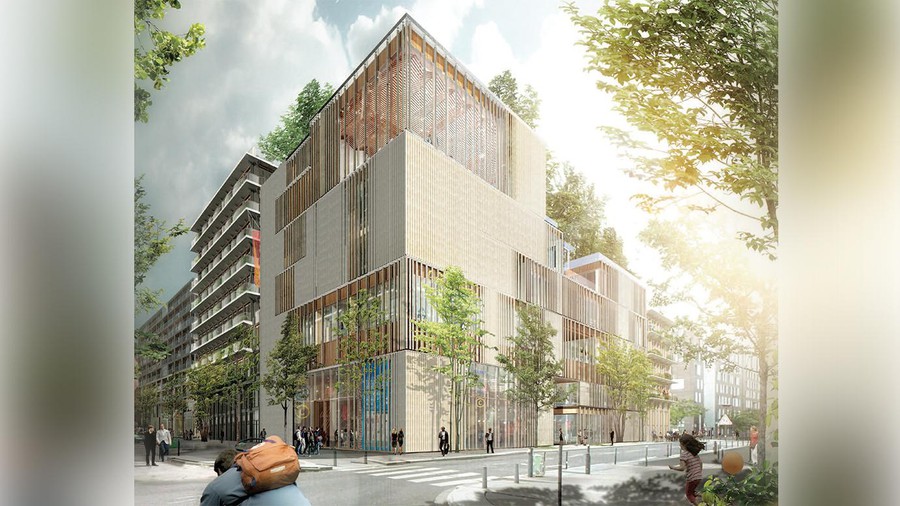 In January 2024, UChicago will say “bonjour” to a new Center in Paris. Outgoing Dean of the College John Boyer attributed the decision to a desire to expand both the physical location and the programs available through a new building at 39-45 Rue des Grands-Moulins in Paris Rive Gauche.

The current Paris center was constructed in 2003, but the popularity of its programs quickly resulted in the need for a new, larger location. “In a way, its success was its own undoing in the sense that we’re going to sell it and move to a bigger facility. It became apparent, very soon after we opened in 2003, that we had built it too small,” Boyer told The Maroon. “There was a lot of demand from faculty to teach classes there, and a lot of demand from graduate students to research there. In retrospect, we should have built twice as big in 2003.”

Boyer has embraced the project and aided in fundraising more than $30 million for the project. “It was a natural decision that grew out gradually, but really it was the last couple of years when we had so much interest in doing new things that we realized that this was the time to do it,” he said.

The new building will be adorned with a stone facade and house laboratory classrooms, an amphitheater, event spaces, and gardens on the rooftop and ground floor. The facility will also contain a research institute, likely on the third or fourth floor of the building.

Studio Gang, architects of Campus North Residential Commons, is spearheading the design of the building. The group and its designers were conscious of the way layout contributes to the atmosphere of the center. “Our question was, ‘How do you create that feeling of a campus in such a small space?’ For us, that meant turning the campus into a vertical stack,” Studio Gang’s Paris Design Lead Rodia Valladares told The Maroon. “The vertical stack is the name we gave to the central atrium space that runs in the middle of a building.”

“We hope it becomes a central means of circulation for professors and students as an area where people can not only circulate, but also spend a little bit of time and become a place that will foster encounters like those on [the Chicago] campus,” Valladares said.

In addition to circulation, Studio Gang also emphasized environmentalism in their design, from the construction to the operations of the building. Limestone is a central element of the Paris center, serving as an aesthetic nod to the material’s significance on UChicago’s Hyde Park campus, and in Parisian history. Studio Gang plans to source the limestone from a local quarry, reducing the project’s carbon footprint. Valladares added that the design incorporates timber, a material that stores carbon rather than emitting it.

Beyond sustainability, the center also encourages study abroad, another University focus. “University of Chicago is relatively unique in actively encouraging, aggressively encouraging study abroad by our students,” Boyer said. “This is something, as dean, I’ve been heavily supporting because I think it’s good for students to live and embed themselves in different cultures.”

Courses to be held at the Paris center will become available sometime next autumn. Boyer hopes the center will serve as an “all discipline, all subject-oriented campus.” He anticipates bringing in classes from multiple divisions, but acknowledged that, “Civ and history will always play a big role because that’s always been the primary orientation.”

Boyer also added that, “by building this research institution, and by providing funding for faculty to run research out of Paris, we’re going to enhance the visibility of the university in Europe, Africa, and the Middle East.”

University officials intend for the Paris center to serve as an administrative hub. Instead of turning to the main Chicago location whenever an issue arises, programs abroad can approach the Paris center, which will have its own supporting staff, including a dean of students. “We see Paris as the center of the whole network of our faculty and student activities and operations across Europe,” Boyer said.

Overall, Boyer emphasized that UChicago views the Center in Paris as a significant component of the University. “It really makes it exciting to see students there, because it’s like being at Cobb Hall or Harper on any given day. Faculty that are going over there for a conference or for research will see dozens and dozens of College students, which creates a kind of energy and excitement,” Boyer said. “That’s our vision for the center: It’s not just a research center, but it also combines it with our very vibrant undergraduate college campus.”