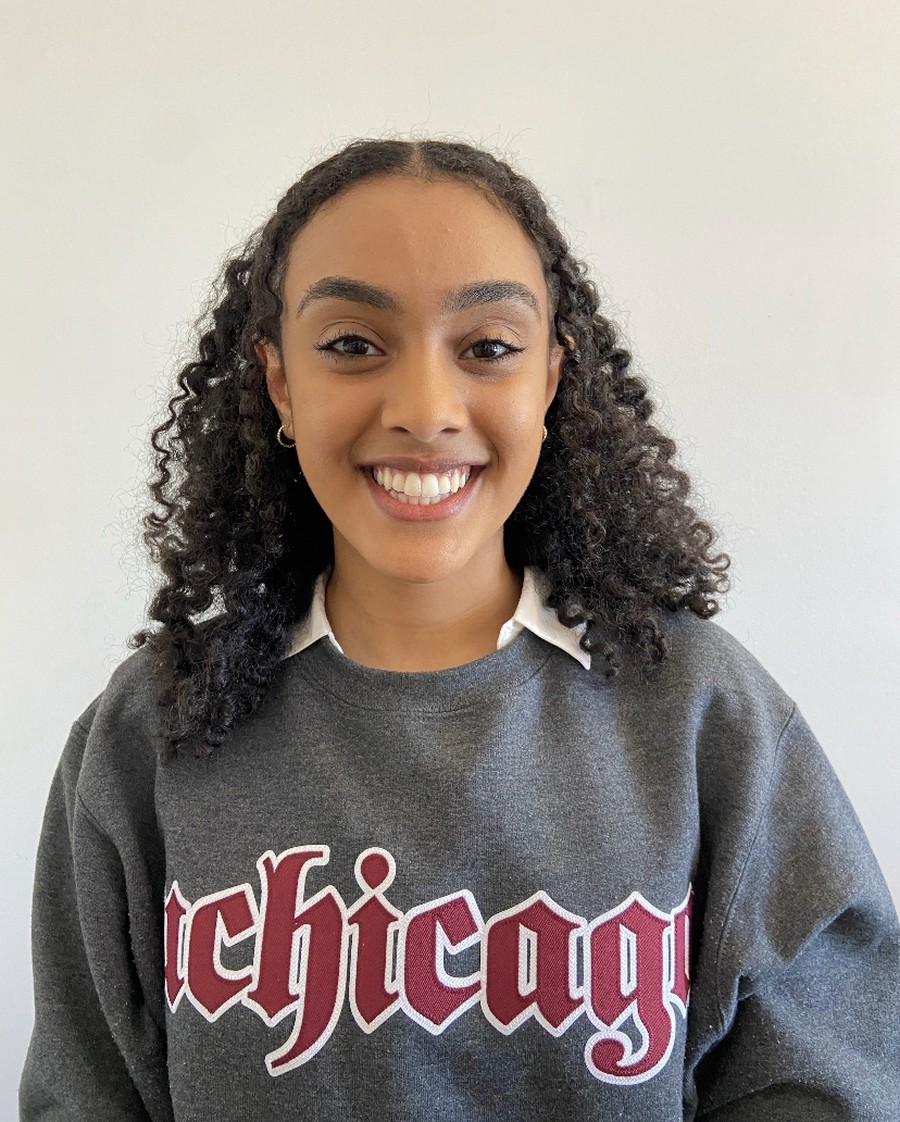 Arsima Araya is the undergraduate representative on the Council on University/Community Relations.

The University and Undergraduate Student Government (USG) have appointed first-year Arsima Araya to serve as the first undergraduate member on the Council on UChicago/Community Relations: Historical, Contemporary, and Future. Araya joins graduate student Natalie “Jo” Griffin as the council’s inaugural student members; each will serve on the council for 18 months.

The council, announced by President Paul Alivisatos and Provost Ka Yee C. Lee in December, is tasked with examining the historical and current relationship between the University and South Side communities, studying the effectiveness of current programs to strengthen community relations, and recommending new ways to improve community engagement. The council’s membership is split equally between community members and University faculty, staff, and students.

In an interview with The Maroon, Araya, a critical race and ethnic studies major from the Chicago suburbs, said she wanted to serve on the council in part because of an experience in her youth visiting Chicago with a family friend from Woodlawn, who told stories about the South Side.

“The funny thing is, he didn’t like UChicago, but he wanted me to go here,” Araya told The Maroon. “The University was there and you drove by it, when you took the bus you ran by it, but it was never a space where students and community members could go. To this day, that remains. Our libraries remain closed. Our facilities are not open to the public. You have to be in some type of UChicago-sponsored program to access our resources.”

In high school, Araya worked with Chicago-based community organizations such as My Block, My Hood, My City and interned with the Chicago Metropolitan Agency for Planning. She said both experiences taught her about the South Side and the challenges it faces, including those perpetuated by the University.

In her application for the council, Araya wrote, “Take the 4 bus and you’ll see the UChicago bubble burst in front of your eyes. The stories people share with me on these trips show the raw beauty and pain residents experience daily as South Side residents. The food deserts, gentrification, overpowering police presence, and lack of funding are all systemic issues that the University contributed to.”

USG announced open applications for the position in late January. According to a USG Instagram post, applicants from the Class of 2024 and 2025 with “deep roots in South Side communities” were preferred. Applicants submitted a written application and participated in an interview with members of USG.

Alivisatos and Lee described the council as “independent” in their email announcing its formation, but Araya said a more accurate description of the council is that it is an “independent but financially dependent” body. Although Araya applied for the position of undergraduate representative through USG, her appointment ultimately had to be confirmed by the president and provost. According to the council’s website, future members must also be approved by the president and provost.

Although the council has yet to define the specific scope of its work, Araya hopes the council will be able to document the full history of UChicago’s impact on the South Side.

“I really appreciated the emphasis on the past, present, and future because I feel like a lot of folks don’t know...the past of UChicago and how they’ve engaged in the South Side,” Araya said. “I know some folks want to focus on the good that’s been done, but there’s been a lot of harm and a lack of harm reduction.”

Araya plans to engage with South Side residents and community organizations to inform her work on the council; however, she is concerned that community members living near the University may be distrustful of the council because of its affiliation with the University.

“I would just be as honest with them as possible and ask them to take that leap of faith,” Araya said. “I can only come in with me being as empathetic as possible and letting them know that I will respect your story and I will do whatever is in my power to make sure that we tell your story in a way that is true to you.”

During her time on the council, Araya hopes to focus on policing, youth advocacy, and community engagement. She said the University has the resources to make significant differences in these areas. Araya cited existing University programs such as the Office of Civic Engagement and the University Community Service Center as positive examples of the University’s leveraging of resources to improve surrounding communities.

Araya encouraged students to engage with the council and learn about the history of the University’s impact on the South Side. She also hopes students will reach out to her with feedback and suggestions.

“I’m hopeful for this council,” Araya said. “I think hopeful is a good word to walk into. Hesitancy is also there. I don’t want to be naive.”