The agreement comes after two months of negotiations between Teamsters Local 743 and the University and will likely be ratified this week. 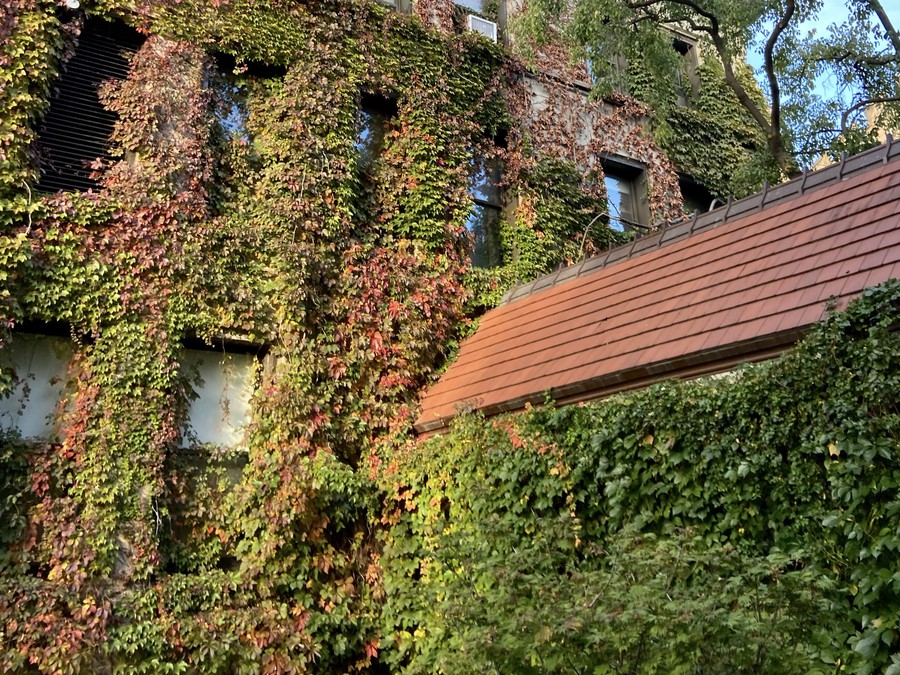 The University of Chicago and representatives from the Teamsters Local 743, a labor union that represents around 3,000 workers across the University and UCMC, reached a tentative agreement on their new labor contract last Tuesday, April 19. The tentative contract, which has been under negotiation since February, will face a ratification vote by the union’s membership next week.

“We got the best agreement in at least 26 years,” said Brandon Crowley, chief negotiator and staff attorney for Teamsters Local 743.

Gerald McSwiggan, associate director for public affairs for the University, relayed UChicago’s message following the tentative agreement. “Negotiations with Teamsters Local 743 reflected a spirit of collaboration and led to productive outcomes for all sides. We are grateful for these constructive efforts.”

The Teamsters Local 743 Union represents 10,000 employees throughout Chicago and Illinois, ranging from healthcare workers to warehouse employees. The contract in question covers residence hall clerks, mail workers, medical coders, employees at the Library and UChicago Press, as well as clerical workers within academic departments and at the Lab School.

Teamsters Local 743 represents six different groups of workers across the campus. The group currently renewing their contract is just one of these five and consists of about 550 workers. The largest group of employees represented by the Teamsters Local 743 is at the Medical Center, with about 2,000 union workers in administrative and support roles. The Medical Center employees’ contract was renegotiated and settled earlier this March.

The months of negotiations leading up to Tuesday’s agreement brought about a rise in labor activism across the University. In the first week of April, workers across campus wore bright yellow pins that read “We Want a Fair Contract!” On Wednesday, April 6, workers clocked in wearing all navy. The next day, they came to work in all black. The pins and coordinated colors were intended to be a subtle but clear show of solidarity, showing the unity of employees from the Regenstein Library to front desk clerks in the dorms.

Additionally, a petition and open letter addressed to President Alivisatos and the UChicago Board of Trustees circulated during April, garnering 2,424 signatures by the time of this article’s publication. The petition and letter were created by a group called “UChicago Union Supporters,” who describe themselves as “academic staff, fellow union members, and community supporters.”

The current round of negotiations comes after a delay caused by the COVID-19 pandemic. “During the pandemic we agreed to an extension with a modest increase [in wages] because we didn’t necessarily know what was going on,” Crowley said. “That was a one-year extension; we had already started negotiating for our successor agreement that ended in February 2020, and then as we were in negotiations, the pandemic kind of hit.”

“The pandemic [exacerbated] the hierarchical structure of units and departments in the University and the poor pay and benefits offered union workers,” said the employee who remains anonymous for fear of retaliation. “Especially in large units, like the Library and Medical Center, union workers were far more likely to be required to work on site, even if their work could be done remotely. They were also more likely to have public facing jobs, like desk clerks, with no access to a private or semi-private office space.”

“Many employees (union, academic, University staff, medical staff) have retired or resigned due to a lack of support for those required to work on-site or a lack of flexibility for those able to continue to work from home. These were skilled workers, with vast institutional knowledge and we are worse off without them,” the employee said.

The anonymous employee also noted that the loss of workers impacts employees who have remained in their positions. “There is no guarantee these positions will be filled and even when they are, the process takes months. The hiring process at the University is slow and cumbersome. As a result, staff are doing the work of two or more positions.”

Crowley’s understanding of how the pandemic affected union members is similar. “Everything is different from where we were on March 1, 2020.… We had some layoffs as a result of the pandemic [...] and some people came to roles that pay less, so they’re not quite where they were [before the pandemic]. It’s been bad in that regard. Unfortunately, our members bear a lot of the brunt because they don't have the resources to insulate themselves the way that some other people do.”

In their petition and letter, UChicago Union Supporters said that “hundreds of these workers were infected by COVID and several are now permanently disabled.”

The anonymous worker who spoke for the group also noted that some of their colleagues now have long COVID, a set of chronic conditions that persist after one contracts COVID-19. As of July 2021, long COVID is classified as a disability under the Americans with Disabilities Act (ADA).

Speaking about union members that contracted the virus, Crowley said, “We’ve had members that we’ve had to bury. We’ve had [University of Chicago] Medical Center employees that we’ve had to deal with the deaths of…. They went in earning 17, 18 dollars an hour, and some of them lost their lives as a result. We had some people catch COVID during the early stages of the pandemic when the CDC was instructing us not to wear masks. Some of our members had the sense to wear masks, and the hospital instructed them to take them off, and they ultimately got sick. And some of our members hold resentment as a result of that.”

“Safety is a legitimate concern for us, and we’re always trying to make sure that our members leave work the way that they came in, standing on their own two legs, breathing,” added Crowley.

Crowley also discussed the union’s core goals for this round of negotiations with the University. “A lot of it is [about] being respected on the job…. That respect is oftentimes expressed in wages.… [Also, there are] additional benefits that were extended to non-union employees that were not extended to us when they were implemented—we want to get those applied to our membership.”

These benefits include paid parental leave, a winter recess, and bereavement leave. “We had some members that lost spouses, and they had to take less bereavement leave than [the University] would have extended to non-union employees,” Crowley said.

Crowley emphasized that the union’s main goal this round during negotiations was to increase wages, specifically for those employees who are currently earning the lowest amounts. “Our focus this round is to bring up the bottom, to raise the floor.”

“These are the people that are earning 16, 17 [dollars] an hour and are working for an institution with tens of billions of dollars in their endowment,” Crowley said. According to a UChicago News article, UChicago’s endowment reached $11.6 billion at the end of the 2021 fiscal year. “I understand that there’s a limit to what the employer is willing to pay for this work, but on the other hand, these are the people that live in the communities surrounding Hyde Park, and that’s not the way that you treat your neighbors and the people that work for you. You need to give people a level of dignity that I think has been denied to them for a while.”

Though many University employees proudly wore their yellow pins and dressed in navy and black as a show of union solidarity, workers also expressed fears of retaliation for speaking out. Multiple workers only agreed to speak with The Maroon under guarantee of anonymity, citing concerns of retaliation from the University if they were to speak out publicly.

In their letter, UChicago Union Supporters cited the University’s past responses to labor organizing: “[The University is] an institution with a long history of anti-union and anti-worker activity; from refusing to bargain with the United Public Workers-CIO for not filing non-Communist affidavits in 1948, to refusing to bargain with the Student Library Employees Union in 2017, claiming they were “temporary” workers. To date, the University refuses to acknowledge Graduate Students United, despite encouraging the vote in 2017. This trend has continued during the pandemic.”

The National Labor Relations Board has ruled against the University, including in the case of the Student Library Employees Union, in which the NLRB found that the University should have agreed to bargain with the union. That particular case was then brought to the U.S. Court of Appeals for the Seventh Circuit in 2019. The Court of Appeals affirmed the National Labor Relations Board’s decision and affirmed that the University should have bargained with the union.

The anonymous employee also described a separation between union workers and other staff. “Many of us work in units or departments where union workers are discouraged from interacting with professional and academic staff and subject to much stricter, punitive rules. This hierarchical, inequitable work environment undermines union solidarity and obscures union labor.”

Before reaching Tuesday’s Tentative Agreement, Crowley expressed a sense of optimism for both the negotiations and the state of the labor movement as a whole: “Employees are starting to realize that fending for yourself isn’t the best way to make sure that you’re getting the best deal for your work. I think that the [the University] sees that what’s been going on in the past is not going to be able to continue. That doesn’t mean that they’re going to give us everything that we want, but we’re going to make a lot of lives better in terms of what I think we’re going to accomplish this go-around.”