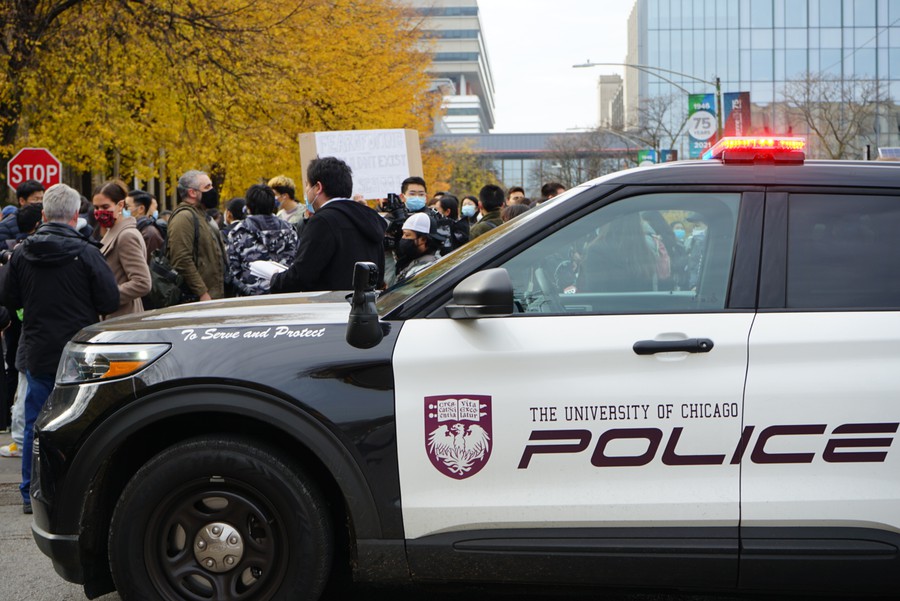 The University has created the Public Safety Advisory Council to gather community feedback on public safety policies on campus and within the University of Chicago Police Department (UCPD) extended patrol area, according to an email sent on Friday, May 6, by President Paul Alivisatos and Provost Ka Yee Lee.

The council will collaborate with the University’s Department of Safety and Security (DSS) to incorporate community feedback into the University’s public safety decisions and assist DSS in raising awareness of the University’s efforts to improve safety around campus. This includes collaborating with DSS and UCPD to support “bias-free, community-driven policing,” according to the council’s website.

The council will also report on “UCPD metrics of community concern”—including traffic stops, use of force, and citizen complaints—to inform its recommendations. Complaints against specific UCPD employees will continue to be investigated by the University's Independent Review Committee.

According to its charter, the council will meet monthly during the academic year and conduct at least one public forum per quarter. The charter stipulates that the council’s work “be conducted with the utmost transparency.” In addition to meeting minutes, an annual report detailing the council’s findings will be published at the end of the academic year.

Community representatives will be nominated by a selection committee in the Office of Civic Engagement. Candidates must either live in the UCPD extended patrol area or be a parent or guardian of a student attending a K–12 school in the UCPD patrol area. All appointees to the council must receive final approval from Alivisatos or Lee.

“Over the past several months, we have implemented multiple initiatives designed to address issues related to public safety,” Alivisatos and Lee wrote in their email. “We have also committed to engaging members of the campus and South Side communities in these efforts.”

Unlike the Council on UChicago/Community Relations, which is scheduled to complete its work in 2025, the Public Safety Advisory Council will be a permanent body. Members will serve three-year terms, with the exception of student representatives, who will serve one-year terms.

The council’s first meeting is expected to be held in September 2022.