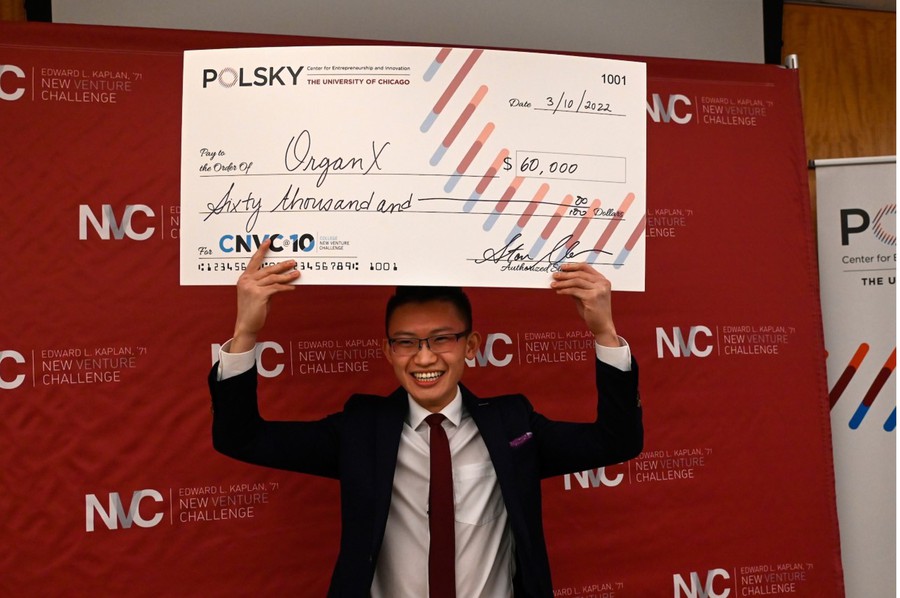 The technology OrganX Scientific hopes to bring to market would involve the active perfusion of blood throughout the organ during transport, storing the organ at conditions intended to replicate the human body. This would increase the time an organ can survive in transport and ensure it remains in good condition.

Currently, organs are transported by being immersed in a preservation solution, enclosed in three thin plastic bags, and placed in a box of ice similar to a picnic cooler. This method limits the duration of transport. The near-freezing temperatures in these coolers can cause ice crystals to form within the tissue, which can cause significant damage to the organ. This limits the time organs can be in transport and still remain viable. This narrow transport window restricts the donor pool for many patients in dire need of new organs, and the potential damage to organs can harm patient outcomes for those that do receive transplants.

Li worked with Rodgers on cardiology research before the two came together with the idea for OrganX Scientific. He said that his passion for medicine and personal experience with a cornea transplant motivated him to develop more advanced preservation techniques.

Using the $60,000 in funding from CNVC, Li hopes to work with a design firm to nail down an alpha—or proof-of-concept—prototype, which would confirm the functionality of their technology. Once this milestone is reached, the startup will be able to move on to other stages of operations, including completing the beta prototype and applying for FDA approval. Ultimately, Li hopes to expand into international markets in Europe and the Asia-Pacific, especially those with high demand for organ transplants such as India, Japan, and South Korea.

If successful, OrganX Scientific will impact the lives of millions of people. Li said that this is exactly why he founded it. “I don’t think there’s any way I can impact as many patients’ lives unless I’m doing that through clinical research and, in this case, bringing that research into physical form.”