Lisa Monaco, Deputy Attorney General of the Department of Justice, and Paul Alivisatos, President of the University of Chicago, talked during the launch event in a fireside chat moderated by Dean of Harris School of Public Policy Kate Baicker.

The University of Chicago Crime Lab announced the creation of the Community Safety Leadership Academies (CSLA) at a launch event held at Rubenstein Forum on Tuesday, May 10. The program aims to train public safety leaders through data-driven approaches to public safety.

The initiative establishes two distinct academies: the Policing Leadership Academy, focused on the impact of policing, and the Community Violence Intervention (CVI) Leadership Academy, focused on public violence intervention programs across the country. The initiative is funded by Citadel Founder and CEO Ken Griffin, who donated $25 million to the project, and Grosvenor Capital Management CEO Michael Sacks, who donated $2.5 million.

The Policing Leadership Academy at CSLA will teach police leaders how to improve management, accountability, and officer training in police departments. The six-month training program will be held at the University but is open to police leaders from across the country. A group of academy participants will also spend six months as fellows in a police department other than their own after finishing training.

The CVI Leadership Academy will teach violence intervention leaders in establishing and running effective community-based violence prevention programs that do not involve policing. The University cited a Crime Lab study demonstrating the effectiveness of CVI programs in reducing gun violence in their statement announcing the initiative.

Both academies expect to graduate their first cohorts in 2023.

In his opening speech to the conference, Crime Lab Director Jens Ludwig cited recent spikes in gun violence in Chicago and the United States’s high rate of gun violence relative to other wealthy countries as the impetus for the new academies. He also emphasized the significant racial disparities in the people impacted by gun violence. 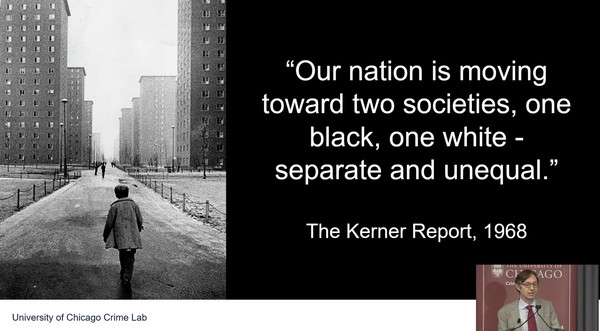 Lightfoot emphasized that improving public safety depends upon communities being able to trust the police, but also said that policymakers should reassess the role of policing in their communities.

“For far too long, the default has been to put all of the responsibility for community policing on the police,” Lightfoot said. “We have asked them to be the parents, the teachers, the guardians, the social workers. Now, to be clear, those issues and challenges in our communities are real, but the police are not the ones to solve these challenges. That’s why we’ve got to bring the community to the table to build up capacity and make sure the community itself has the tools that they need to address and take on these challenges.” 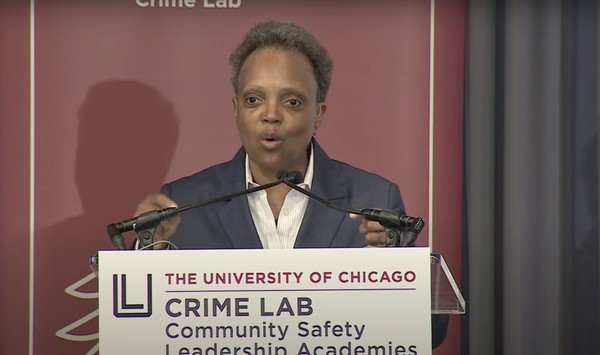 Alivisatos cited the CSLA as an example of the University’s commitment to creating an engaged University.

“There’s no more important problem for us as a University than to work on the problems of violence interruption,” Alivisatos said at the conference. “It’s a problem that impacts our University, but it’s also a problem that we feel in the strongest way that we can contribute to in important ways and the Crime Lab is doing absolutely remarkable work in that regard.”

The event recording can be found below.