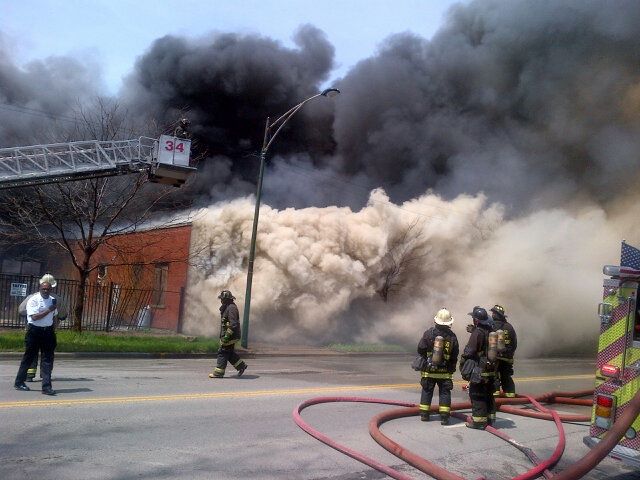 More than 130 firefighters were called to battle a fire in an abandoned factory building at 6800 South Cottage Grove Avenue early yesterday afternoon. The one-story, 200-by-200-foot building caught fire at around noon, prompting a 3-11 alarm, which indicates that a higher-than-normal amount of resources and crewmembers was needed to contain the fire. The fire was declared under control at 1:15 p.m., according to Chicago Fire Department Chief Kevin MacGregor. In response to the fire, the #4 Cottage Grove bus was temporarily rerouted. No injuries were reported..