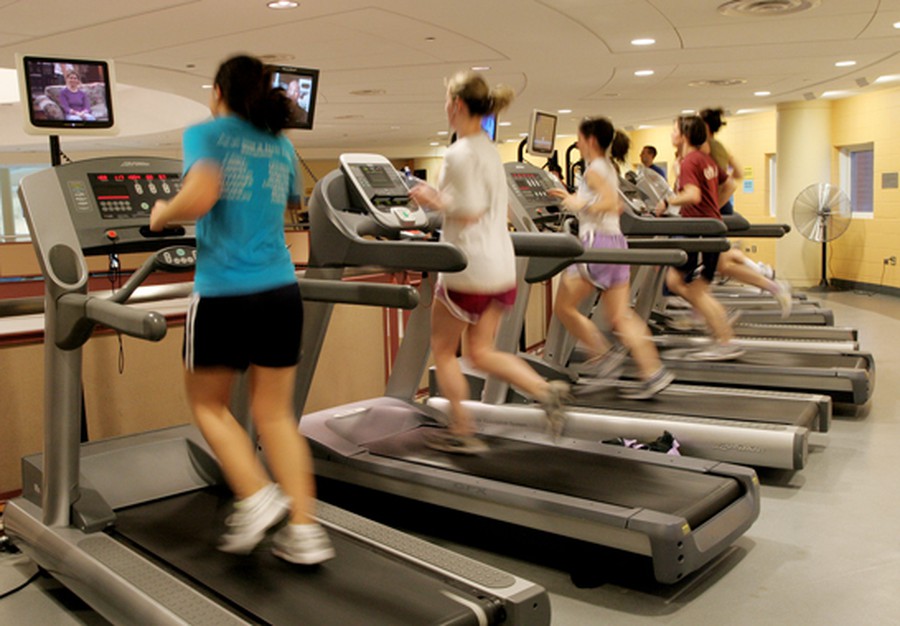 For U of C students trying to make good on their New Year’s resolutions, Ratner Athletic Center has become an all-too-popular place to do so.

Since students started returning to campus, Ratner has seen a sizable increase in its number of patrons, a phenomenon referred to by some students as the “New Year’s Resolutions Rush.”

There has been a marked increase in the number of people working out at campus gym facilities since January 1, according to Brian Bock, a facilities manager and head of membership services at Ratner.

“We have experienced an increase in usage on the weeknights thus far,” Bock said. “But people are learning that there may be better times—say, in the afternoon or after 8 p.m.—and other alternatives—say, using Henry Crown instead of Ratner during the peak hours—when trying to get in a workout.”

Bock said the trend usually tapers off toward the end of January and that this year’s New Year’s resolution spike is less than it has been in previous years.

First-year Christine Buras set out to exercise five times a week in the New Year. “First quarter I got lazy toward the end,” she said. “It wasn’t as much of a resolution thing as much as it was, now that I’m back at school, I really should work out.”

Buras, who usually goes to Ratner between 2 p.m. and 4 p.m., said the facility gets noticeably more crowded later in the afternoon. “Once I went at 4:30 and I had to wait half an hour for a machine. Around 2:30 I get one of my favorites.”

Many students, frustrated with wait times and overcrowding at Ratner, have fled to Henry Crown, where less demand allows for easier access to machines.

Sean Sheperd-Burns, a regular at both facilities, said he has noticed the increase in attendance at Ratner, though he has not struggled to get a machine at the right time. “Ratner is a pretty big facility, so there is really not much of a wait [for a machine],” he said.

Some students stick to their resolutions and become gym regulars, but others have already given up. Buras has been keeping to her resolution and said students must schedule exercise into their daily routines in order to keep active on a regular basis.

One second-year said he made a New Year’s Resolution to exercise more often in order to stay healthy and deal with the stress of school. However, he admitted that he had already stopped going to the gym by second week. “My life got busy between classes and my social life,” he said. “My classes are busier than they were in the past, and they continue to get busier.”