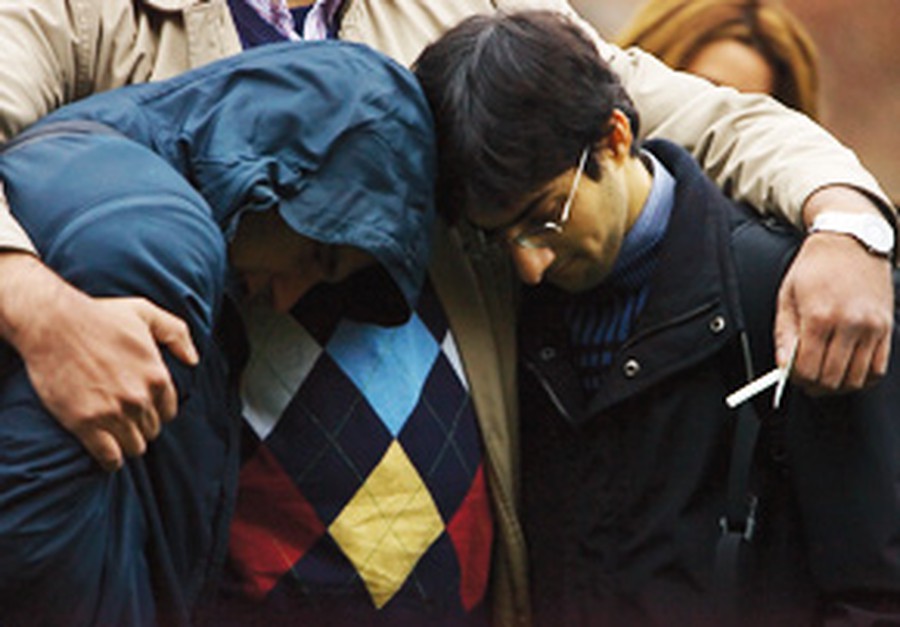 Students and local residents continue to mourn this week after chemistry graduate student Amadou Cisse was shot and killed while walking home to his apartment on the 6100 block of South Ellis Avenue early last Monday morning.

More than 200 students attended a candlelight vigil last Tuesday afternoon. Woodlawn residents and local politicians staged a march that evening to decry the prevalence of gun-related crimes in the neighborhood.

And last Wednesday, the Senegalese Association in Chicago (SAC) held a memorial service, attended by President Robert Zimmer, Dean of Students Kim Goff-Crews and Cheikh Niang, the Senegalese consul general, who flew in from New York in hopes of alleviating the sorrow expressed by Chicago’s Senegalese community.

Those who knew Cisse reflected on the tragedy of his sudden death.

Through tears, one student said that Cisse’s death had seemed unreal until that morning. Every Tuesday, he said, their schedules coincided so that they would pass each other, to joke and smile, outside of the library. That morning, Cisse had not been there.

“He always made your day brighter,” said fourth-year Mohsin Ali, vice president of the Muslim Students Association, at the Tuesday vigil.

“It was right then that it hit me that I wouldn’t see him again,” Ali said.

Ali, who got to know Cisse during Ramadan prayers, remembered that he was shy and easily embarrassed. Cisse sported an old Walkman, so that he could listen to Senegalese music that he kept on tapes. Ali recalled that Cisse had a certain brightness that he carried around close friends. He paid for his brother to attend college and for his sister to take a pilgrimage to Mecca, according to a report in the Chicago Tribune.

At the Wednesday memorial service, Cheikh Balla Samb, president of the SAC, thanked the U of C for its support during the aftermath of Cisse’s murder.

“All the Senegalese community is among your family now,” Samb said, facing President Zimmer and speaking to the many U of C students and faculty in the room.

Last Tuesday, the Walkman still sat on Cisse’s undisturbed desk, said Lieve Teugels, a chemistry graduate student who worked with Cisse. His lab mates described how Cisse would help them grapple with a concept or understand the proper use of equipment.

In addition to being a serious chemistry student, Cisse also had a rarely seen aspect of his personality.

“His real occupation, it seemed to me, was ‘analysis’—of political events, issues of justice, race, and discrimination,” wrote Abdel Jabril, a friend of Cisse’s from his undergraduate years at Bates College, on an online bulletin board established in the aftermath of his death.

Friends remember Cisse as being pious. At a dinner celebrating the defense of his dissertation, Teugels recalls that while others drank champagne, Cisse drank non-alcoholic cider.

He was “a living example of science and faith co-existing harmoniously within one soul,” wrote Sagun KC, a Bates student, on a Facebook group message board dedicated to Cisse.

Adding to the grief and shock displayed at the memorials, the march Tuesday night, sponsored by The Woodlawn Organization, served as a venue for local residents and politicians to rally against violence. Several politicians called for stricter gun control laws and cooperation between the U of C and the local communities.

“Somebody else from the community decided they wanted a few dollars more,” said 21st Ward Alderman Howard B. Brookins. The most recent reports from the Chicago Police Department have suggested that the Cisse killing may have been a robbery attempt.

For U of C students who live south of the Midway, Cisse’s death reminded them of the necessity of caution.

“I don’t walk around here at night,” said Frankya Granberry, a psychology graduate student who lives in Cisse’s building.

Many at the march were high school students. Michelle Newson, an adult leader of one group, said that she had brought students to the march to “get kids aware of what’s going on so that they won’t be part of the problem.”

Many of the Woodlawn students did not express the same sentiments that have been present on campus since the murder, saying that gun slayings are not rare in their neighborhoods.

Others said that heightened vigilance is required to actually end violence.

The U of C is planning a University memorial service, and students who wish to express condolences to Cisse’s family are encouraged to sign a condolence book Student Government has placed in the Reynolds Club marketplace.