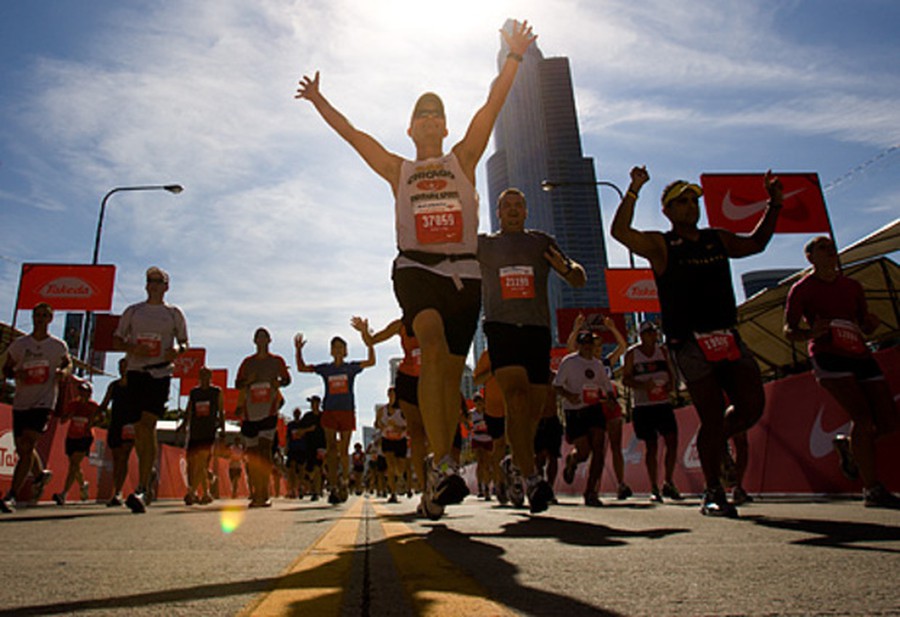 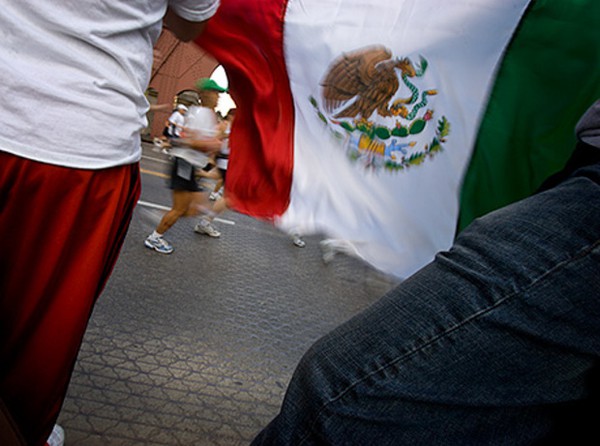 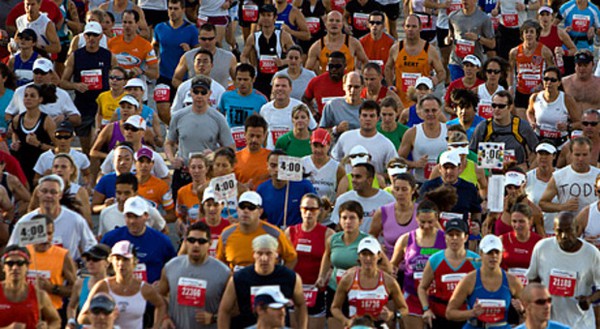 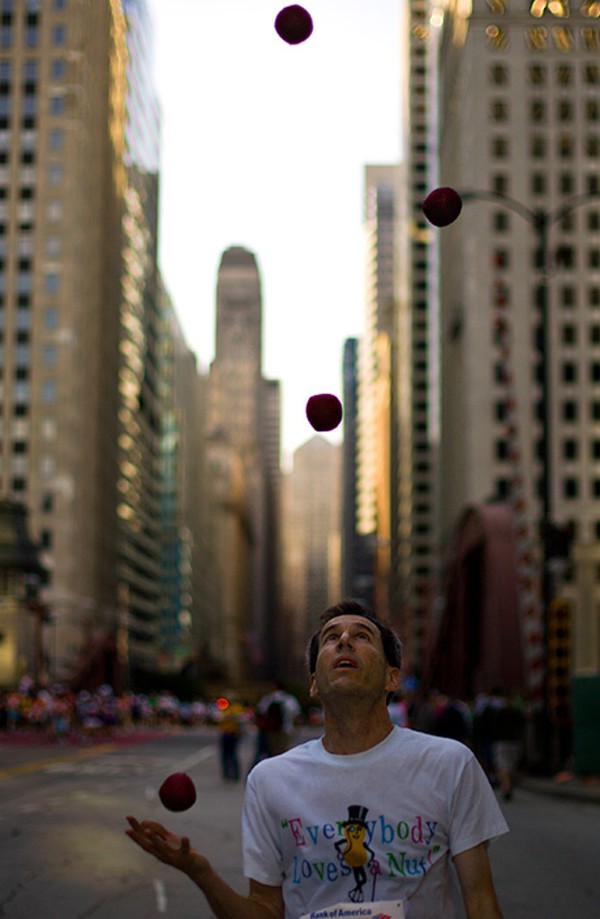 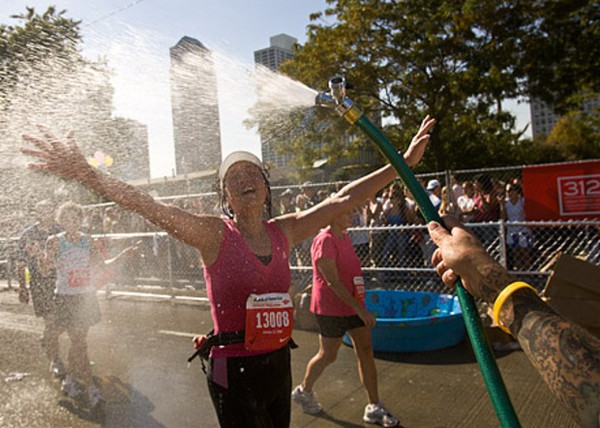 Chris Salata / The Chicago Maroon
As 33,033 runners toed the line in Grant Park Sunday for the start of the 31st Chicago marathon, at least seven University students were among them, taking a break from one of the nation’s most rigorous colleges to try their hands at one of the most rigorous events in sports.

From first-timers to veterans, running for charity and running on their own, many of the U of C students competing relied on each other as training partners and for advice during the buildup to the race.

Standing out among the U of C contingent, fourth-year mathematics and geography major Luke Joyner crossed the finish line in 3:08.29, although the 85-degree heat kept him from his goal of breaking the three-hour mark.

“I was running pretty relaxed until mile 21 or 22, and then around 22 I really started to slow down,” Joyner said. “A large part of that was that it got quite a bit warmer very quickly around that time, and at the same time, I was coming to the part of the course where there’s really no refuge from the sun. I’m used to the running through the wall feeling, though, so I just kept going. Obviously I was going slower, but continuing to run is easier than giving up in a lot of ways.”

No stranger to marathons, Joyner has run Chicago twice before and competed in Barcelona last winter while studying abroad in Spain. While his Barcelona training overlapped almost entirely with his class schedule, Joyner and other students admitted that the College’s quarter system gives U of C students an advantage for the Chicago race by providing more summer downtime to prepare.

“The timing of the quarters and the Chicago marathon are perfect so training doesn’t interfere with work during the year,” said third-year Jon Sellon, who ran in his first marathon as a way to mark his 21st birthday, also Sunday.

Even with just two weeks of overlap between the start of class and race day, the pressures of being back in school just before the marathon tend to build up.

“The tough part is getting to bed really early in the week leading up to the race,” Joyner said. “I also run a program for high schoolers that happened the Saturday after first week, so the combination of that and the marathon has made the beginning of my quarter really hectic.”

Part of a trio of Chicago runners who studied abroad together in Barcelona, Joyner and fourth-year economics major Jon Davis, another veteran marathoner, inspired fourth-year Shannon Thompson to commit to her first race.

“Since I didn’t have access to a gym [in Spain], I took up running,” Thompson said. “Luke and Jon are marathon runners, so they turned me on to the idea of running the Chicago marathon.”

The rookie runner ended up besting one of her mentors by almost half an hour, as Davis was sidelined midway through. Close to leaving the race, the economics and mathematics major drew inspiration from a stranger who was also running the race for World Vision, a charity that combats global poverty.

“At the half-marathon point I started feeling really awful and even considered dropping out,” Davis said. “At mile 18 I ran into a person who was feeling the same way I was and was running for the same charity as me, and we pushed each other to jog most of the final 8.2 miles of the race. I definitely performed better when I had someone else pushing me.”

While Joyner, Thompson, and others followed a typical 16-week training schedule, the approach to the race was far less conventional for third-year computer science major Jamie Morgenstern, a high-school cross-country runner in her first marathon.

“I wanted to run Chicago first year,” Morgenstern said, “and so I trained all summer and promptly got very sick when I came to school. This time around, I ran into a friend at home five weeks ago with a registration she wasn’t using. I told her I wanted to run the thing, despite not really having trained for it. I ran under her name, which is not technically allowed.”

Taking on a training schedule that had her at 50 miles a week, Morgenstern shelved her other commitments in order to get ready for Sunday.

“Running comes first,” Morgenstern said. “Homework always gets done, somehow, but running has to come first or I go nuts.”

Despite her abbreviated preparations, Morgenstern put up a 3:42.14 performance. Within striking distance of making the Boston marathon qualifying time towards the end of the race, Morgenstern decided not to pick up the pace when she realized she wouldn’t be credited with the result under her own name. She plans to run another marathon later this quarter, making qualifying for Boston her goal.

After a summer of training, and 26.2 miles of hot sun and pavement, at least seven Chicago students crossed the finish line.

“By the time you make it to the last ten miles, it’s just exciting,” Thompson said. “You realize you’re going to finish, you’re going to complete a marathon. Plus, it helps that your legs are kind of numb for the end of the race. All you have to do is remind yourself to put one leg in front of the other.”