Not real bard? Methinks you protest too much 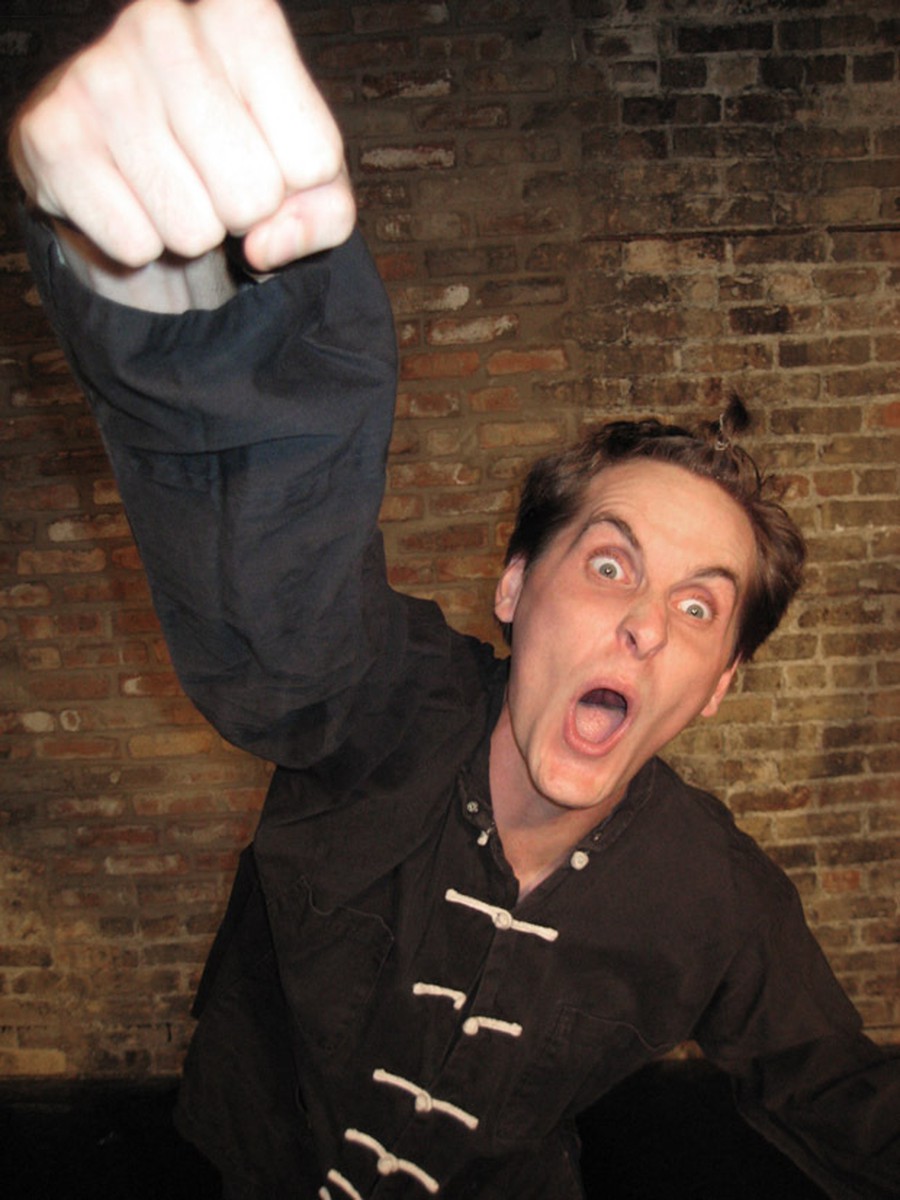 While the idea of Othello dressed as a gangster speaking street talk or Hamlet dressed as a ninja fighting in slow motion is not what comes to mind when one thinks about a Shakespeare production, it certainly is pretty funny. And before you start analyzing it for insights into the deeper hidden meaning in Shakespeare’s works, let me tell you now that there aren’t. None. In Shakesploitation!, a series of sketch comedy–style parodies of Shakespeare’s plays, Gorilla Tango Theatre just wants to give you some straight-up absurd, anti-intellectual, and oftentimes inappropriate fun.

Taking three of the Bard’s major works—Othello, Romeo and Juliet, and Hamlet—Shakesploitation! adapts them in the style of really bad exploitation films from the ’70s. The play is a double parody of not only every English teacher’s favorite playwright, but also those cheesy, over-the-top genre movies that they probably watch after work.

The play kicks off with the hilarious and fast-paced blaxploitation parody “Grand Theft Othello: Venice City.” Played by Choni Francis, Othello is reincarnated here as a hardheaded urban warrior who dons an afro wig and roams the streets fighting “jive-talking jive talkers” and “dope-selling dope sellers.” His archenemy is still the evil Iago (Jason Markoff), though this time around he’s a police officer whose two favorite hobbies are “crooked coppery” and “oppressing the inner-city populace.” Gone are the Moor of Venice’s grand military achievements and beautiful prose; in their place we have an Othello who’s bold, foolish, and a serious badass.

“Romeo and Juliet II: Apocalypse” is a zombie-version sequel to the original play, in which the famous star-crossed lovers rise from the grave as the living dead to consume their remaining family members. While the zombie pitch is certainly a new one, this sequel, like most others, is unfortunately a bit of a let-down. I was really anticipating some crazy zombie-attack action on stage, so you can imagine my disappointment when I discovered that the act just consisted of the Montagues and Capulets running off stage to get eaten by Romeo and Juliet. The zombies never even make an appearance! A little too repetitive and not enough action, this zombie sequel is only saved by its relatively short length.

The play closes with “Ninja Hamlet: Burning Fist of Denmark,” Shakesploitation!’s take on the kung fu genre and definitely the jewel in its crown. With all the trappings of a bad kung fu movie—slow-motion fight scenes, elaborate attacks named after animals, and revenge theme music—this act packs quite a punch. There is even a sequence in which Hamlet embarks on a journey to find Phat Ho, supposedly his father’s mentor, in order to learn the legendary Burning Fist Attack. Chris Hauser is perfect as the title role, portraying the melancholic Prince of Denmark as a rather dull and clueless teenager. Hauser amusingly delivers all of Hamlet’s lines with a confused expression and a series of body movements that look like a combination of random martial arts moves and sign language on steroids.

All in all, Shakesploitation! is a wild and funny ride. A production that doesn’t take itself too seriously, it is perfect for U of C students who want relief from the school’s academic rigor while still appearing cultured by catching all the play’s many Shakespeare references.