University of Chicago Police Department executive director Rudolph Nimocks spoke to students Wednesday about his plans for the University’s safety, including installing security cameras and mandating a card-swipe system for entry into some buildings. 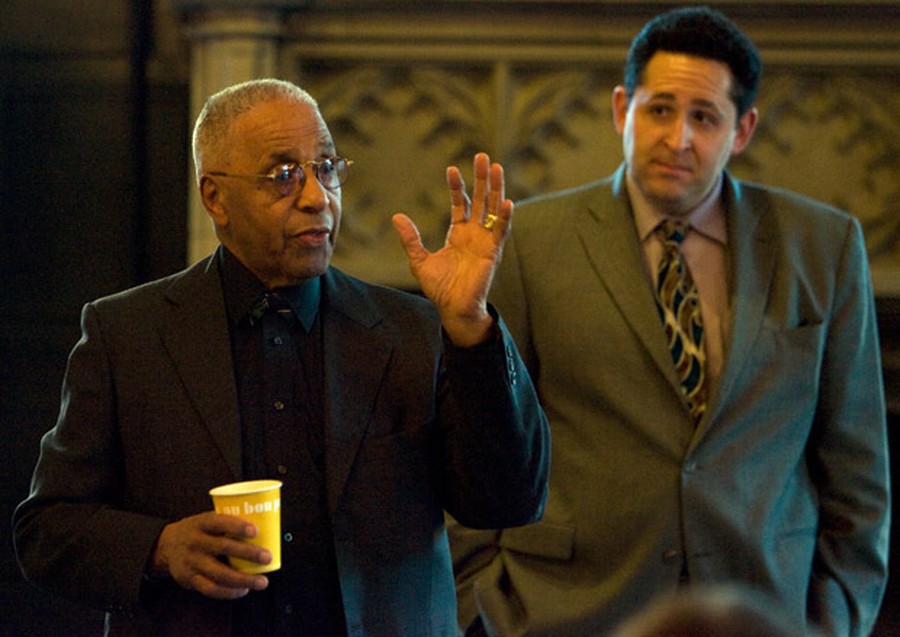 University of Chicago Police Department executive director Rudolph Nimocks spoke to students Wednesday about his plans for the University’s safety, including installing security cameras and mandating a card-swipe system for entry into some buildings.

“A year has gone by, and we have been very busy in the aftermath,” he said.

After going over some changes that have already been implemented—like the hire of 15 new officers and new shuttle bus routes—Nimocks discussed the new projects, including the University’s plan to implement a universal card-swipe system for accessing buildings.

“The campus is relatively porous,” said Brian Shaw, director of campus transportation. “There are people that come to campus simply to steal people’s stuff. If we could decrease the opportunity for that to occur, that would be a good thing.”

Shaw also discussed plans to make an online trip planner in order to show students about the exact coverage of University-affiliated transportation.

One problem discussed by students was the need to make SafeRide more efficient. Although the average wait time is 12 minutes, Shaw said that some students have had to wait an unacceptably long time.

“There are certain things which slow our system down,” he said. “Students flagging down buses makes it so that the people waiting for the buses to come have to wait longer. Drunk students throwing up on buses means we have to put buses out of service, which means that other buses have to pick up all the people that bus was supposed to.”

Shaw added that Safe Ride is an expensive operation.

“Other University buses are a lot more cost effective. The Central route moves in a day what SafeRide moves in a week. But SafeRide is important because it’s the ultimate safety net for the community,” Shaw said.

Shaw also noted that that improving SafeRide becomes even harder as more students use it.

“We’re not ever going to tell anybody no. But we have to be properly resourced to satisfy demand,” he said.