Themes of tradition and modernity flow through Gorges

Displacement focuses on the displacement of people and of places caused by the river’s shifting waters. 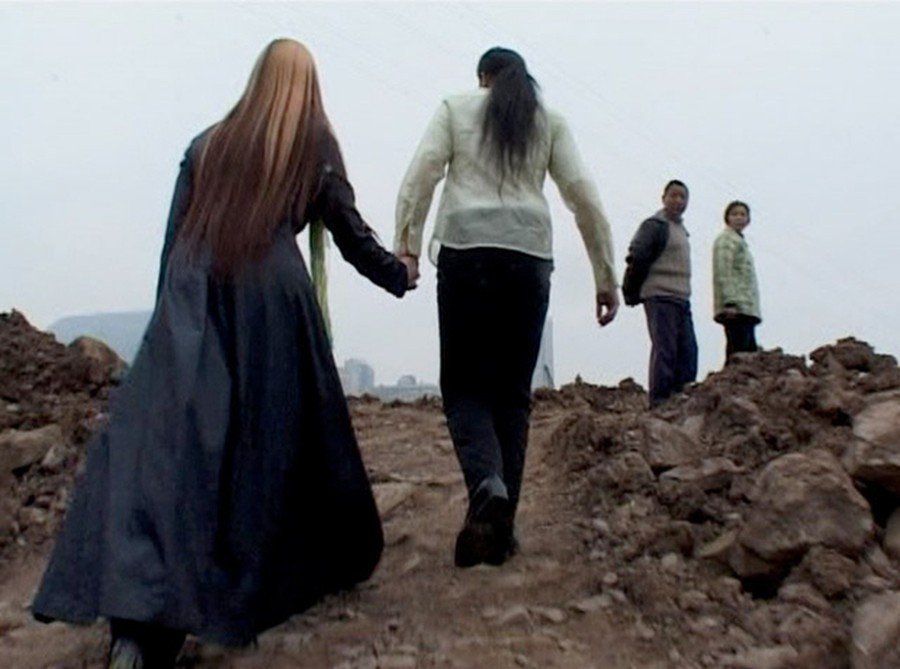 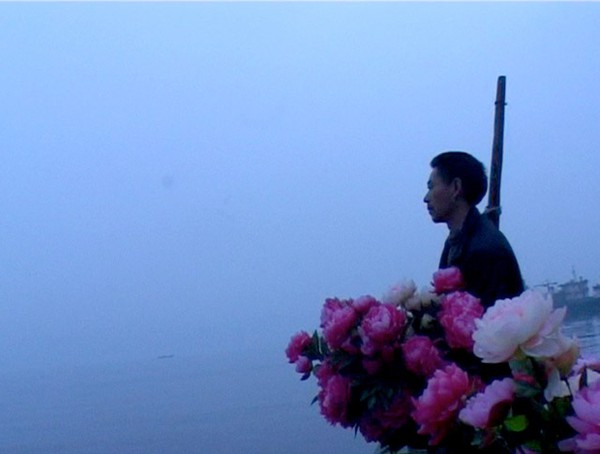 Courtesy of Smart Museum of Art / The Chicago Maroon
The most striking part of the landscape of present-day China is now neither mountain nor water, though such scenery inspired generations of nature painters in dynasties past. Today, however, concrete blocks rule the Chinese landscape. Even where cities have not yet sprung, cement nonetheless piles on the ground like some kind of new geological formation, sometimes crumbling into rubble as it waits to be put to use, but always waiting. Construction is never far away.

Chen Qiulin knows this well. She grew up in a small town on the banks of the Yangtze River which is now completely underwater, and from her current city of Chengdu, the booming capital of the river-crossed Sichuan Province, she continues to see the changes wrought by the Three Gorges Dam, also known as the world’s most ambitious and destructive civil engineering project to date. In the Smart Museum of Art’s newest exhibit, Displacement: The Three Gorges Dam and Contemporary Chinese Art, Chen’s first installation invites the audience to sit down for four short films that mine the contrast between urban deserts created by construction and the bright colors of daily Chinese life. An angel in a red and blue ballet costume lingers around a bleak landscape of cement in one film, while in another, a woman in vibrant traditional dress spins in a deserted courtyard. Men carry pots of neon-colored plastic flowers that could be celebratory or funerary. An air of foreboding permeates the noisy, visually cluttered dream-documentaries, giving viewers the sense that even the women shown washing clothes on the banks of the river belong to some fantastic place that has since been torn down.

Displacement is a spare yet wide-ranging exhibition of art inspired by the Three Gorges Dam on the Yangtze, one of China’s two major river systems. Curator Wu Hung chose only four pieces to be shown in an exhibition which focuses on one of the lesser-known charges brought against the dam. While the potential energy to be generated by the dam is a common talking point, as is the fear of sedimentation and other environmental changes, the relocation of over a million people from land that will be submerged due to the dam’s operation is not. The exhibition focuses on the displacement of people and of places caused by the river’s shifting waters.

In “Rising Water,” Yun-Fei Ji uses ink on mulberry paper to depict people moving into a new house among a ruckus of nature. His two room-long panels are meticulously done in a style reminiscent of ancient scrollwork. A lack of perspective causes people and mules to float between willows in the sky, but the human figures seem to deal with their surroundings calmly, migrating with stoic faces.

“Longitude 109.88° E and Latitude 31.09° N” by Zhuang Hui lacks any people at all. One whole room of the museum is dedicated, though, to these 30 black-and-white photographs of shallow wells in the ground. Zhuang drilled these holes close to the beginning of the dam’s construction in Yichang, Wuxia, and Baidi Cheng, three well-known places along the Yangtze that are now at least somewhat underwater. A few television screens nearby pointedly show the drill sites as they look today. But the wells—some surrounded by grass, others by sandy shores, some with a little water, but most with dry dirt at bottom—sullenly speak for themselves.

More interesting is “Hotbed,” the wall-sized oil painting of final artist Liu Xiaodong, placed near a video installation of scenes from Jia Zhangke’s Dong. In the video, Liu reigns over a group of models, meticulously staging them for the oil painting. As the larger-than-life figures of an oil painting, the workers serving as Liu’s models are the virile protagonists who share the dam’s unfinished look. Captured on the small screen, however, the workers seem more like building materials themselves, pushed around by the artist as though they were a set of interchangeable parts. Jia’s films often focus on personal stories inspired by China’s tumultuous modernization. As part of a series of local screenings associated with the exhibition, Jia’s Still Life will be shown at Doc Films on November 2.

Overall, the artists featured in Displacement seem pensive as well as outraged. Though Zhuang asks, “During this struggle with nature, when humans are gaining profit, will nature find an alternative means of punishing us?” Chen ruminates that “there aren’t only bad and painful things, there is also social progress. And my responsibility is to record it in my own way.” A dam like the one now nearing completion was a dream of Sun Yat-Sen, Chiang Kai-Shek, and Mao, not just a fantasy of the ‘80s-era PRC politicians who finally made it reality.

The dam’s roots may even hark back to the time of the Ming and Yuan dynasty scrolls displayed at the beginning of the exhibition. In one, a king moves mountains to control a flood, while in the other, a man shepherds the numerous members of his household across rising water. The scrolls seem to say that one is at the mercy of nature if one cannot master it. Modern China, though, as the artists of Displacement are well aware, is increasingly able to flex its technological mastery on a gargantuan scale.