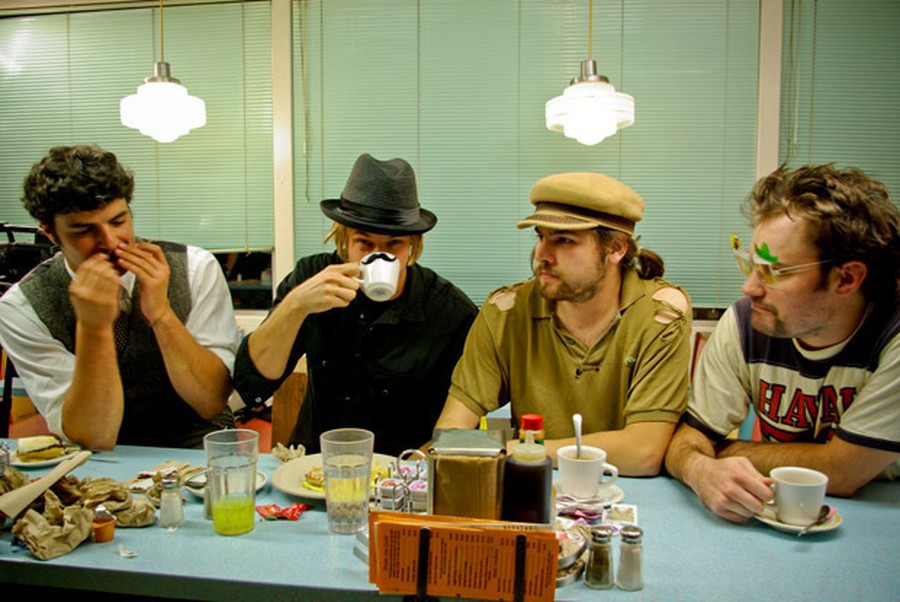 Indie film director Todd Sklar provides his own unique answer to the question, “What do you do with a B.A. in English?” Thanks to the inspiration of a film studies professor, 24-year-old Sklar decided to enter the movie business after graduating from the University of Missouri. Things have turned out pretty well for him since: Sklar is already a filmmaker and the head of his own company, Range Life Entertainment. This year, Range Life is leading a national film tour that stops at the Gene Siskel Film Center this weekend, promoting four critically acclaimed independent films—including Sklar’s own, Box Elder.

Sklar describes Box Elder as “a good old-fashioned coming-of-age comedy with a lot of naturalness.” The movie follows the misadventures of a group of friends who bond over beers and sandwiches. Because the characters are college students, Sklar sees his youth as an asset, not an obstacle, in making the film.

“The 400 Blows and Rushmore were great, and I wanted to make a movie like that about my experience growing up,” Sklar said. “I thought there wasn’t really a great movie yet about college in this decade. It was a film that I wanted to see that no one had made yet.”

As an actor in college, Sklar said he found it hard to connect with his audience in a satisfying way. In filmmaking, however, he no longer felt that connecting was a problem.

“The thrill of making a movie is learning more about myself,” Sklar said. “As a filmmaker, you get it all. It’s like doing every job in a city in a day, and getting everybody’s perspective.”

Another reason independent filmmaking appealed to Sklar was that, as he put it, “I wanted control over the creative process.” This might explain why he is not only the director, but also the writer and producer of Box Elder. “It’s pretty easy to exploit and pollute my subject matter,” he said.

For Sklar, the most important thing about a movie is that it tells an engaging story—as he describes them, “stories that don’t usually get told, and stories that usually do get told, told in an interesting manner. The first instinct of independent film is making the story more important than any other element and making sure that the process fits the story.”

Indeed, each of the films in his tour is an example of what Sklar calls “good narrative storytelling.” In Memory of my Father portrays a family’s experience with death. Registered Sex Offender describes the rehabilitation of a sex offender. On the Road with Judas tells the story of a businessman’s double-life as a criminal.

Another aspect of indie films that appeals to Sklar is the immediacy of the film-making process. Because filmmakers are so involved in the process, their personality and willpower translate to the screen. Sklar finds this to be true of all the films on the tour.

“The thing that all of them have in common is that energy, that honesty, that charm,” he said. “They’re the kind of film that you want to champion, that you would see on a lark and then really feel good about.”

Though Sklar enjoyed the experience of making a movie, it wasn’t without its challenges.

“It’s tough, because meanwhile everyone in your life thinks you’re having a joyride,” he explained. “You really need that support, and instead, there’s this feeling that you’re not really doing anything for the world. If you can finish a feature film, I have a tremendous amount of respect for you; I don’t care how bad it is, it’s a very hard thing to do.”

Sklar hopes that people who watch any of the four movies will come away feeling a little bit more confident in themselves. “If this series tells you anything, it should be, ‘Whatever you want to do, go do it!’ All these films were made with this can-do spirit.”

Sklar finds that his audiences grow through word of mouth by “having people come and really love it, and getting so excited they want to tell other people about it.” When asked why people should come see his movie tour, Sklar exclaimed, “Because it’s super fun! First and foremost, [it’s] a good chance to discover some undiscovered gems that wouldn’t ordinarily be playing.”