Wei Ren, a calculus instructor and fifth-year graduate student in the mathematics department, was found outside Rockfeller Chapel Sunday morning. Police are investigating the circumstances surrounding his death. 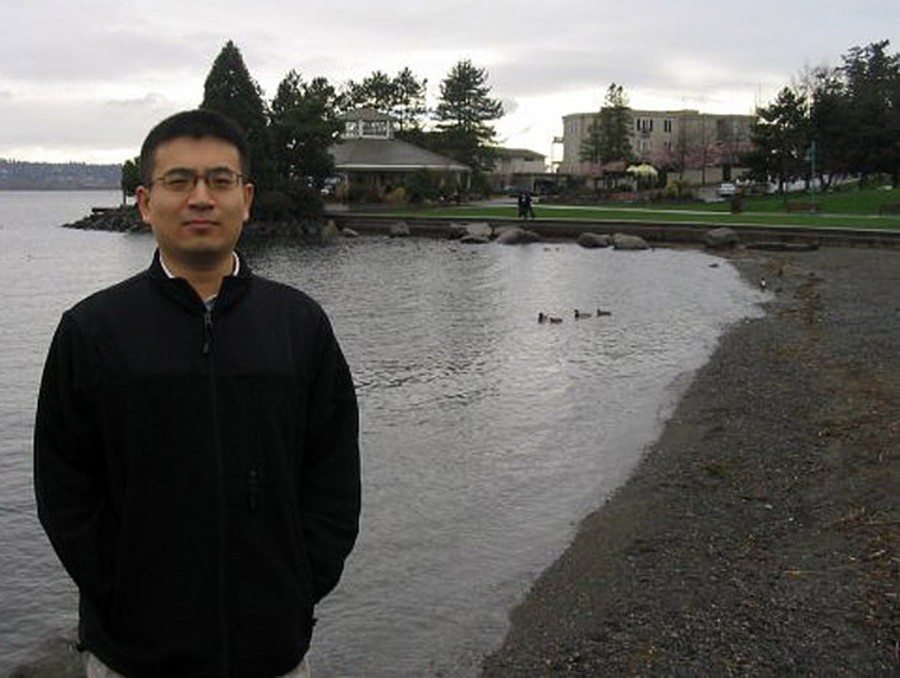 Wei Ren, a Ph.D. student in mathematics, was found dead Sunday morning outside Rockefeller Chapel. He was 26 years old.

The official cause of death has not been determined, but University officials said Ren suffered severe trauma. There was no indication of criminal involvement.

It appears that Ren fell after climbing the scaffolding on the building’s exterior, according to a Rockefeller Chapel employee familiar with the incident. The source said there was no way for Ren to have accessed the heights of the scaffolding from inside, as the chapel was locked overnight, suggesting that he may have hopped the fence around the construction area and climbed the scaffolding from the outside.

A member of the Rockefeller Chapel maintenance staff found Ren’s body at 7:40 a.m. on Sunday on the building’s South Woodlawn Avenue side. According to University spokesman Steve Kloehn, the maintenance worker first notified UCPD, who called the CPD.

Ren’s mother and father, who live in Shanghai, were contacted Sunday night by Robert Fefferman, dean of the Physical Sciences Division, and Peter Constantin, chairman of the math department. The University is working with the family to arrange a trip to Chicago.

“They don’t speak English, so we had arranged for somebody who graciously agreed to be a translator, and we called in a conference call,” Constantin said. “Of course the family was devastated. He’s an only son, and he is a wonderful—I’m still talking about him in present. He certainly had a reputation for being extremely bright and a good teacher.”

Plans for a campus memorial service have not yet been established. Ren’s final resting place has not been determined, nor has the family announced funeral plans.

Ren taught a section of freshman calculus and was a year away from completing his Ph.D. A fifth-year graduate student, he attended high school in Shanghai and majored in mathematics at Colgate College, where he graduated as valedictorian of the class of 2004 with a 4.15 GPA.

His students and some colleagues in the graduate program were alerted of the news by an e-mail from the University. They met yesterday morning, along with two counselors from the Student Counseling and Resource Service, at the hour that Ren would normally be teaching calculus to a room full of undergraduates. The news came as a shock to many members of the Math Department, according to people who attended.

“The first thing is, it was really very quiet at first,” Constantin said. “So we just sat there, and slowly people shared some stories. Mostly we were in a state of shock, and some people were quietly crying, and I saw some people’s lips moving, maybe it was a prayer. There was a lot of quietness. A counselor offered some words, and grad students told some stories about Ren that lightened up the atmosphere a little bit.”

In the Math Department, Ren was known as a talented and passionate teacher with an affection for urging students to understand the underpinnings of complicated concepts.

He was reputed for stirring bleary-eyed undergraduates to attention during morning classes with his fast-paced, high-energy teaching style. When he taught his calculus class the distance formula in October, he went beyond the simple mandate that students memorize the equation, bounding across the classroom scribbling pictures on the board to illustrate why the formula was true.

Many former students characterized Ren as approachable and funny, and his course evaluations brim with student praise. Typical comments said Ren “genuinely cared about our comprehension” and thanked him for his willingness to offer help outside of class.

“He was absolutely first-rate,” said Paul Sally, director of undergraduate math studies, in a written statement. “The students just loved him. He spent hours galore with them.”

According to professors in the Math Department, Ren possessed a keen understanding of how students learn. He helped Sally edit a math book aimed at high school students and worked with him to teach gifted Chicago Public School students.

“This guy was salt of the earth," Sally said. "He worked hard and was extremely bright and helped his students immensely. What more could you ask?”