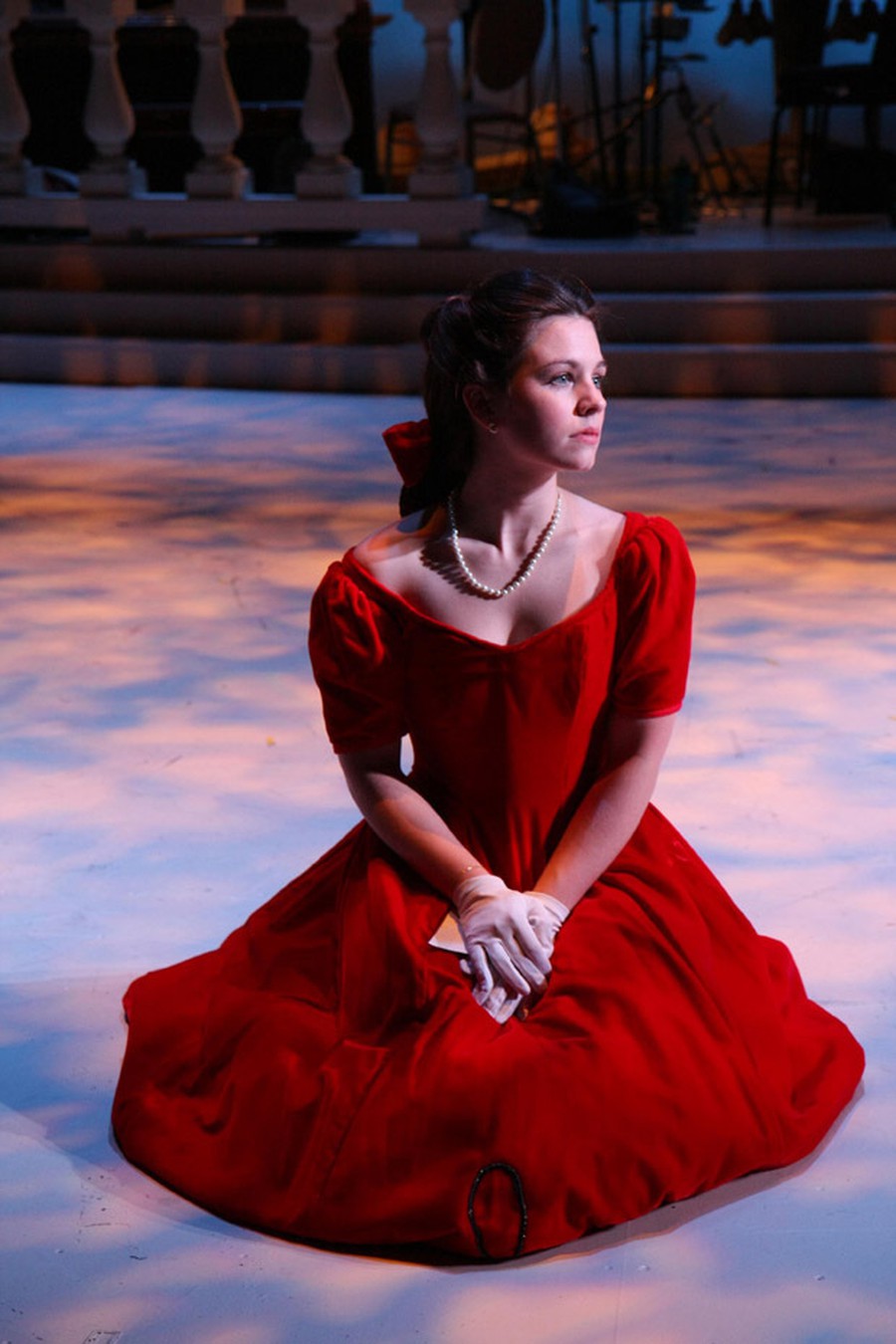 Every year it seems like the “holiday season” comes earlier and earlier. Advertisements for the perfect holiday gift fill every store window the minute the temperature drops below 40, and soon, all global warming effects held constant, the last-minute Christmas shopping will happen in July. The theater is no exception to this premature celebration, especially in the case of the Drury Lane Theatre’s production of Meet Me in St. Louis. While it may seem odd that a classic holiday play has started showing before anyone has even sat down to their Thanksgiving dinner, Meet Me in St. Louis has a charming quality that makes it enjoyable during any season.

Made famous by the dazzling Judy Garland in the 1944 film, Meet Me in St. Louis is a tale of a family in St. Louis at the turn of the century, anxiously awaiting the upcoming World’s Fair. The young girls in the family, Esther and Rose Smith, are desperately looking for love when suddenly their father turns their social world upside down when he gets a job offer in New York City. The musical follows the Smith family as they celebrate the holiday season with the somber reminder that their simple but joyful lifestyle in St. Louis may be coming to an end.

While the plot may seem like more of a sleeping aid than an invigorating dose of holiday cheer, the cast and production are truly entertaining and as endearing as in the original film. Each actor has impeccable comedic timing that holds together the slow plot and provides the audience some much needed relief from the overdose of yuletide joy. The feisty youngest sister Tootie’s mischievous antics and bizarre desire to bury her dolls gives the show an immediate comic edge.

The singing in the show is impeccable, and the standout star of the production plays Esther, the character whom Judy Garland made famous. From the first number, Jessie Mueller steals the show with her outstanding voice and captivating stage presence. Her rendition of “Have Yourself a Merry Little Christmas” and “The Boy Next Door” are beautifully done and eerily reminiscent of Garland’s versions.

Mueller isn’t the only one in the show with a good set of pipes. Michael Gerhart, who plays Mr. Smith, has a powerful voice that commands the floor and keeps the mostly female cast from overpowering the big numbers. Other key players like Stephen Schellhardt (Lon) and Jill Kelly (Rose) give the show some theatrical variety with great dance numbers that evoke the spirit of old-time St. Louis.

The famous numbers like “The Trolley Song” and “Meet Me in St. Louis, Louis” include the entire cast and really show off the collective talent of the group, even though some of the songs can get a bit repetitive. Five rounds of “Clang, Clang, Clang, went the trolley/Ding, Ding, Ding, went the bell” can feel like overkill, but overall, the songs were thoroughly entertaining.

Meet Me in St. Louis nostalgically looks back at a simpler time when true love and Christmas magic existed. Drury Lane’s reproduction of this classic is a perfect way to kick off this holiday season because it seems to get what is important. The hope that true love really does exist for all has been tossed to the curb by our cynical, modern-day minds, but the old-time charm of the play reminds us that it is possible. Before we re-enter the world of last-minute Christmas sales 33 days before Christmas, Meet Me in St. Louis is truly dazzling enough to make us remember the true spirit of the season.