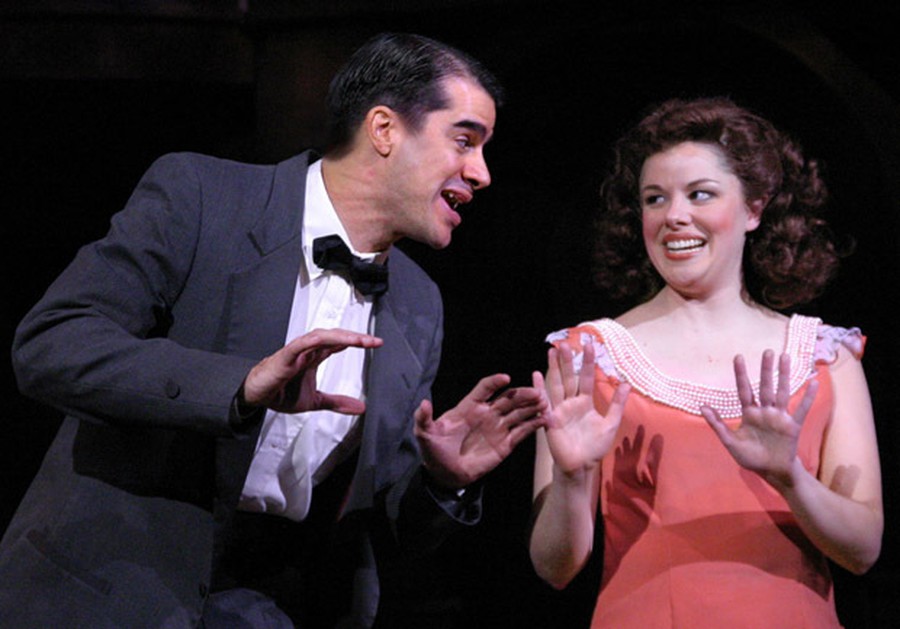 Gathering together as a family and watching Frank Capra’s Christmas classic It’s a Wonderful Life is a defining part of the holiday season for many people. At the Theatre at the Center, the holiday season starts with a new twist on that same old story. Although this production of A Wonderful Life retains the general plot of the movie, in this version the cast sings and dances.

A Wonderful Life centers on George Bailey, a man who wants only to travel a world away from his small hometown of Bedford Falls. But each time he tries to leave, his determination to keep his father’s business, the Building and Loan Association, afloat prevents him from going. This business helps people own their own homes instead of residing in the slums owned by Mr. Potter, the greedy businessman who controls everything else in town. Tormented by his absentminded Uncle Billy’s misplacement of $8,000 the day before Christmas, George attempts to kill himself so his family can collect his life insurance policy. His guardian angel Clarence intervenes, showing George what life would be like if he had never been born.

The musical is more colorful than the film, and not just because, unlike the movie, it’s not in black and white. The songs add a brightness and lightness not seen in the more somber movie. In particular, the graduation dance in the first act pops out with its energetic Charleston steps. Clarence’s soft-shoe number also adds to the levity as he wistfully sings about his longing for his very own pair of wings, which he will not earn until he helps George. The production’s romantic peak occurs when George and Mary Hatch find themselves helplessly drawn into a kiss as they hang up on a long-distance telephone call.

Stacey Flaster, the production’s director and choreographer, acknowledged in an interview that the format change presented several challenges. A Wonderful Life is an iconic story, one which people may expect to be just like the movie.

“My goal was that people who are seeing the show felt the same way they felt when they saw the movie,” Flaster said.

However, the show is more cheerful than the film, and it does not have the same level of seriousness to contrast with that levity. Also, a larger cast and more dance numbers may have helped add energy to the often empty stage.

Overall, the first act is much more memorable than the second because of its dance numbers. Still, many of the much beloved aspects of the film remain in the musical. George is just as nobly self-sacrificing, Clarence is just as delightfully eager to help, and George’s love interest, Mary, is just as uncontrollably smitten with him.

What makes this production so touching, however, is its ability to awaken memories of watching the film on Christmas Eve as a child.

“It is so poignant because of what is going on in the world now,” Flaster said. “It resonates with people who are losing their homes. George Bailey took care of each person in the town, and they were family to him.... Now people are just numbers.”

The story speaks to the same problems of economic crisis people face today but in a more personal world. The people of Bedford Falls know each other and through George’s example learn to help each other solve their problems. In today’s more distant society, people share similar economic troubles as the people in the story, but not the same personal, community-level solution. The performance is not as wonderful as the story, but will certainly satisfy those people looking for a taste of the holiday spirit.