Crowd leaves Decemberists out in the cold 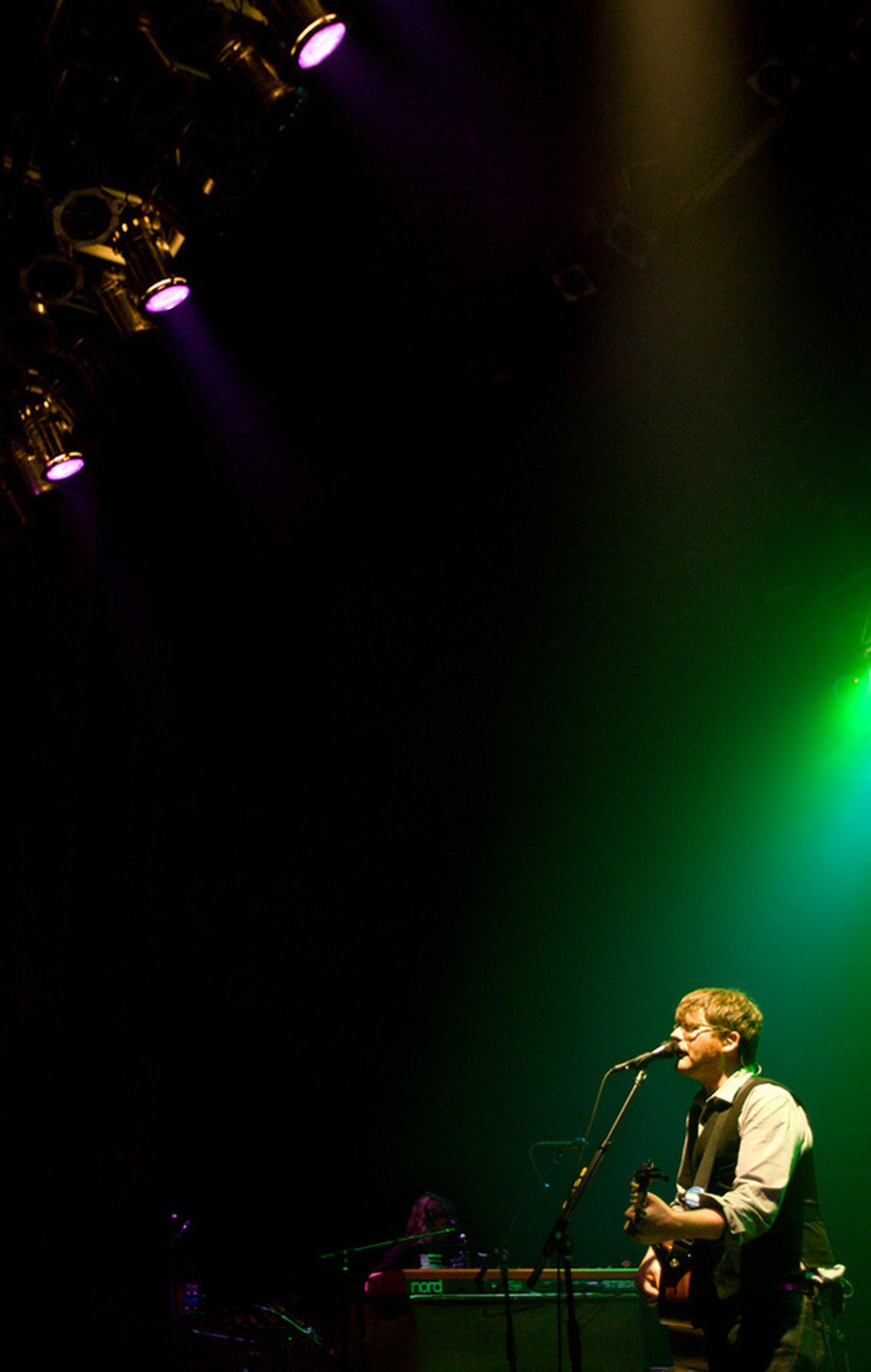 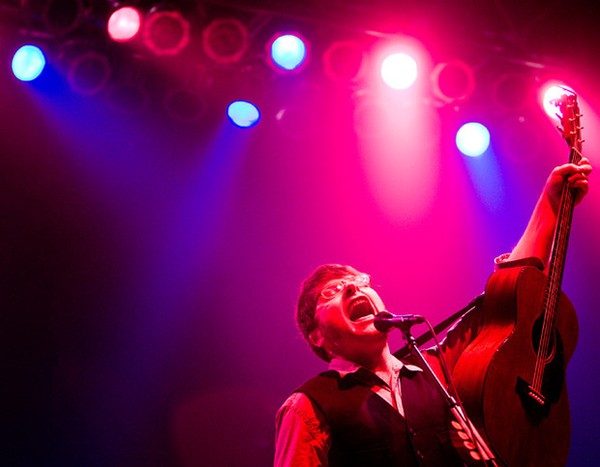 Chris Salata / The Chicago Maroon
While The Decemberists’ performance at Mandel Hall this weekend had some bright spots, a cold crowd ultimately set the tone for the night.

The folksy Portland-based indie rockers played a solid, albeit slowly-developing set Saturday night, sprinkling in several tracks from their continuing singles series Always The Bridesmaid near the beginning of the show, and also satisfying the crowd with some of the group’s classic hits.

Lead singer Colin Meloy struggled with a crowd that was, for much of the night, clearly not interested in interacting with the band in any way. Some people seemed to warm up to “Valerie Plame,” which contributed one of the band’s better performances of the night, but the “Bridesmaid” single produced no more than a few head-bobs and weight-shifts.

Four songs into the show, Meloy joked that the audience was being too polite. His call for more of a roadhouse-like atmosphere briefly drew some screams and whistles, but two songs later, the crowd was still dead.

Requesting such an atmosphere for a Decemberists show at Mandel Hall would be impossible to fulfill for a couple of reasons. First, The Decemberists just don’t play very much roadhouse-style music. During the few songs in which he played electric guitar, Meloy manufactured energy with his body language. One of the biggest crowd-pleasers of the night came when Meloy rocked out on an awesome rendition “Days of Elaine,” coming out today in volume two of Bridesmaid.

Still, it’s hard to get even the most obsessed fans to start screaming obscenities and throwing garbage around a theater with centerpiece hits like “The Crane Wife,” especially when those hits are played with as little energy as Meloy displayed for most of Saturday night. Just after asking for a rowdier atmosphere, Meloy played his fourth album’s title track with the look of a political science major sitting at the back of a biology lecture.

On top of Meloy’s lethargy was the fact that University of Chicago students and roadhouse regulars are simply at opposite ends of the how-we-listen-to-music spectrum. It seems like most of the crowd preferred singing along to dancing or just plain cheering, and with the Decemberists playing several new selections, crowd involvement in that respect was just impossible. But even when they queued up sort-of-oldies-but-very-goodies “July, July” and “Engine Driver,” the audience looked like a wax museum.

For over 40 minutes, the only life from the crowd came in the form of what appeared to be rain dances performed by two or three of the audience’s more enthusiastic members. The other 1,000 or so in attendance seemed content with standing lock-kneed and stone-faced.

Actually, the entire right side of the floor seating section didn’t even make it that far, sitting with hands neatly folded in their laps until the final song, when Meloy’s political awareness finally won some legitimate cheers.

The lead singer interrupted the closing number, “16 Military Wives,” by demanding that the crowd (and viewers on YouTube) vote in Tuesday’s election, after which the crowd finally rose to its feet.

It was at that point that I realized the problem with having performances by bands like the Decemberists at venues like Mandel Hall. When you’re a student at the University of Chicago, it’s sometimes good to know you’re among some of the most politically aware people in the nation. When you’re trying to just have a good time at a concert, constant reminders that those surrounding you prefer political analysis to a live performance by a talented band are not quite so good.

As much as I appreciated Meloy’s demand for higher voter turnout rates, it was pathetic that the only real crowd involvement came when the band’s lead singer gave instructions for air punches.

After the requisite encore (the crowd didn’t even know whether to cheer “one more” or “encore”), Meloy closed with the line “see you again soon.” I sort of felt bad when he said that because I knew that if the Decemberists do return, it would probably be to the same dead crowd that they met on Saturday night.