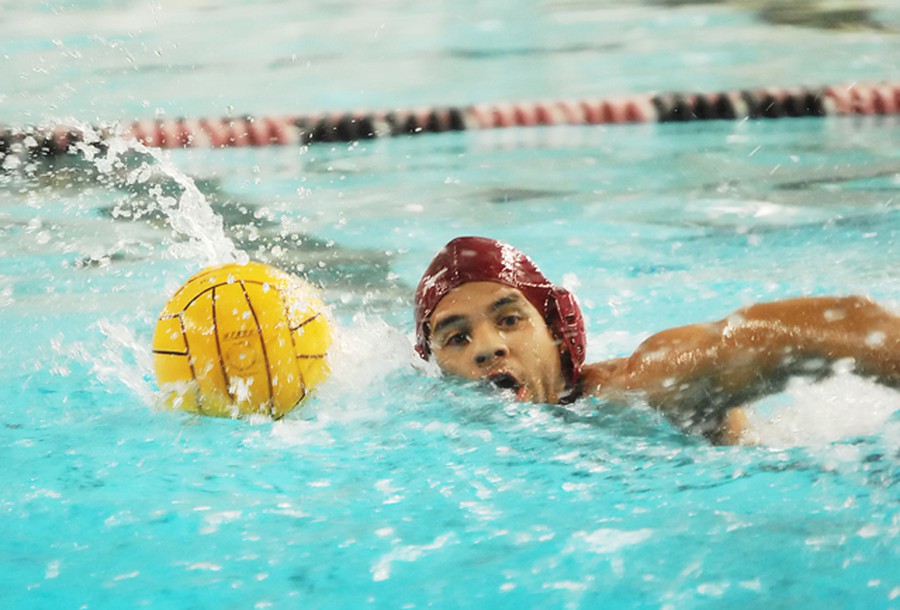 Third-year Cyrus Shirzadi has come a long way from the pool in his friend’s backyard in Barrington, IL.

What started out as tossing the ball back and forth in seventh grade soon became a four-year high school career, and now Shirzadi finds himself spearheading the sixth-best D-III club water polo team in the nation.

He might not have thought it possible when he came to his first practice two years ago.

“When I came here as a first-year, the team was pretty much recreational. We would scrimmage if we had enough people, nothing serious,” said Shirzadi, who was voted the club president at the end of his first year.

But he knew all of the pieces were in place for the resurgence of a team that has existed since 1904.

“There was the talent. There just wasn’t the organization. It was a little intimidating to try to transform the team, but I think it was the right direction,” Shirzadi said. “The people that were there, they wanted this. You could get the sense that they were getting sick of just practicing.”

So the team started to pick up some steam. They bought new equipment and found a new sense of dedication and pride in the squad.

Today, the enthusiasm that Shirzadi and fellow veterans like third-year Bryan Urbina-McCarthy injected into the team has led to the construction of one of the most diverse clubs on campus.

“We appeal to every single aspect of the University community,” Shirzadi said. “There’s no typical player.”

The result is a squad that draws talent from the College, the GSB, the SSA, and the faculty, with players from Hungary, Sweden, Norway, and Mexico. Individual differences in background carry over into the sport itself, with some members taking the pool for the first time this year and others having competed for years.

“It’s hard to be a club that caters to beginners and veterans, but we strike a good balance,” Shirzadi said.

Third-year Greg Fahl took note of that balance the first time he decided to try for the club team last spring.

After swimming varsity for his first and second years, Fahl decided that he wanted to continue the water polo career that he built throughout high school. A few months later, he was helping to lead the team against the likes of D-I schools like Notre Dame in official competition.

The work that the water polo team began putting in two years ago was coming to fruition.

“[Joining the league] was something I was definitely for; water polo isn’t a game like basketball where you can just find people to play a pick-up game,” Fahl said.

Unlike playing a pick-up game, Chicago’s transition into the league was not as easy as warming up and choosing sides. It started with Shirzadi e-mailing the club members over the summer about the possibility of official competition in the fall.

As soon as the group realized its enthusiasm for competition with other schools, Chicago headed into official matchups. From the start, the team members knew that they would stand out in their new playing field.

“All of the teams are much younger than we are. We’re certainly the old men,” Fahl said. “Because we’re a little bit older, sometimes it can be an interesting challenge.”

Chicago’s challenges started with matches against D-I schools through their exhibition schedules. When the season came to a close, however, the Maroons learned that their efforts had earned them a spot in the Collegiate Water Polo D-III National Championship tournament.

“We were surprised…. A trip to nationals wasn’t even part of our budget,” Shirzadi said. “After the last tournament, we were like, ‘Well that was a great season, see you guys later.’”

After some calls to University administrators and some reorganization of schedules, Chicago was on its way to the biggest stage in D-III club water polo.

“Because we had been playing mostly D-I teams, when we went to nationals, we stacked up pretty well against D-III teams,” Fahl said.

The Maroons entered the tournament November 3 last year as the sixth seed, matched against the undefeated champions of the Heartland Division, the Grinnell Wild Turkeys. They lost to the eventual runners-up for the national crown, but Chicago knew it belonged in the pool with the more established and experienced Grinnell squad.

Later that day, Chicago claimed its first victory of the tournament with a 10–9 win over Monmouth, scoring with just one minute left in the contest for the win.

Chicago succumbed to Saint John’s in overtime of the fifth-place game, finishing sixth place in the tournament.

More important than the national recognition that the team earned for itself, however, is the confidence in the program that the players gained over the course of their first season.

Now the Maroons are playing with the idea of hosting their own tournament in the near future and will certainly look to build on this year’s results by competing with experience and confidence next season.

“There’s some pretty high achievers, especially when you dip into the MBA students and the professors,” Shirzadi said. “They love the game, they know the game, and yeah, you want to have fun, but you also want to win. This is a team that wants to win.”