Daley launches jobs program with U of C 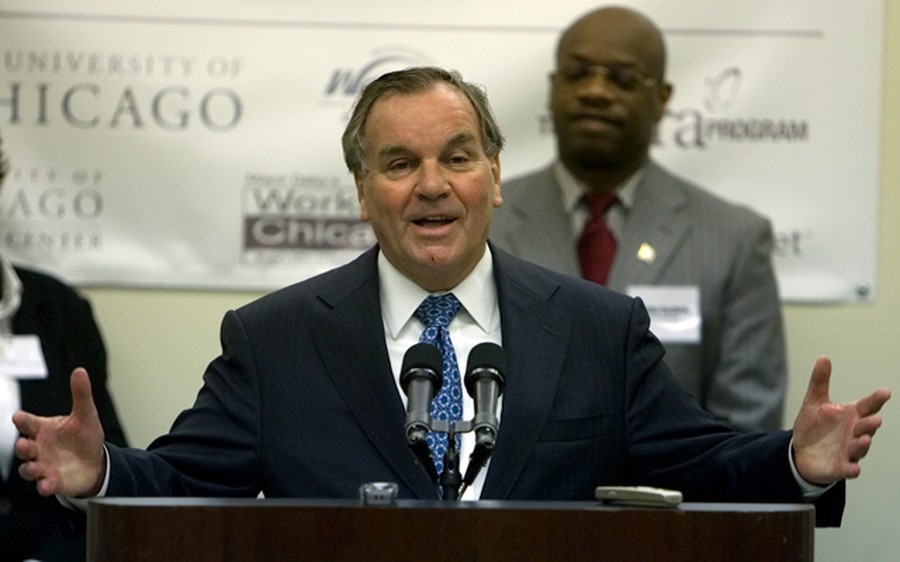 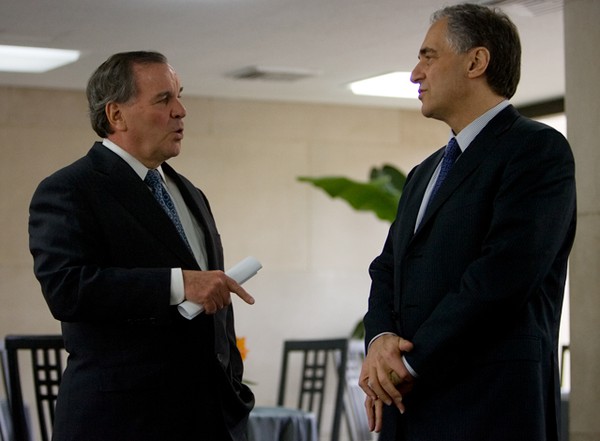 Chris Salata / The Chicago Maroon
As part of a continuing effort to bolster town–gown relations between the University and the larger South Side community, Mayor Richard M. Daley and University President Robert Zimmer met with South Side residents, business leaders, and members of the University community at a press conference Tuesday to announce the Career Pathways Initiative, a new entry-level employment initiative for residents of the mid–South Side.

The initiative, a joint effort by the University’s Medical Center and the Mayor’s Office of Workforcåe Development, aims to provide community residents with campus job opportunities and career training and guidance.

As the largest employer on the mid–South Side, the University continues to play a significant role in the development of the community job market and adult education, Daley and Zimmer said.

The initiative comes at a time when the University continues to be seen by some as an intrusive force on the South Side, especially since the University’s buyout last year of the Hyde Park Co-op, which despite broad support, resulted in the loss of jobs for many of the supermarket’s employees. Many of these employees are still seeking jobs.

The Career Pathways Initiative targets individuals who did not receive sufficient early education and do not have the job skills necessary to pursue sustainable careers.

“In order to get a good job you have to get an education. It’s simple as that. When [students] drop out, there isn’t too much opportunity on the street after 10 or 15 years,” Daley said.

The University’s resource center at the Woodlawn Social Service Center on East 61st Street will serve as the initiative’s headquarters.

Zimmer said that the University boasts a century-long long tradition of South Side community enhancement, and added that the employment initiative underscores its commitment to workforce development and education.

The U of C operates its own charter school, which serves 1,500 kindergarten to 12th-grade students on three South Side campuses. Additionally, Zimmer said that the University offers educational support to 15 other Chicago public schools.

The University has also collaborated with the community as an active participant in recent transportation enhancements, neighborhood safety, and employer-assisted housing options for residents, Zimmer said.

“We are extremely excited and pleased about the Career Pathways Initiative and look forward to it leading us to new talent,” he said.

Daley said that the employment initiative comes during a critical economic moment for the U.S. and is part of larger efforts to maintain the city of Chicago’s leading position as a global metropolis.

“What we’re really competing against is the rest of the world,” he said.

He added that high-quality early education and job training are necessary if the U.S. and the city alike are to remain at the forefront of global innovation and development.

During the past few months, a pilot version of the Careers Pathways Initiative matched 17 community members with campus job positions.

Vermetta Gonnigan, a resident of the South Shore area, currently works at the U of C Hospitals delivering food to children at the Comers Children’s Hospital. Speaking to the audience, she spoke of the Career Pathways Initiative’s role in securing her current position.

“I want to say I’m really happy about my job at the University of Chicago. They provide good pay and good benefits,” Gonnigan said.

Gonnigan was unemployed until she secured her campus job in June and now earns twice as much as she did at her previous job. She said that she plans to use the initiative’s career guidance opportunities to pursue a career as a dietitian.

“I’m very excited to be with the University of Chicago Medical Center. It’s offered me stability in my life and allowed me to provide for my family,” she said.