U of C, Daley join to combat gun violence 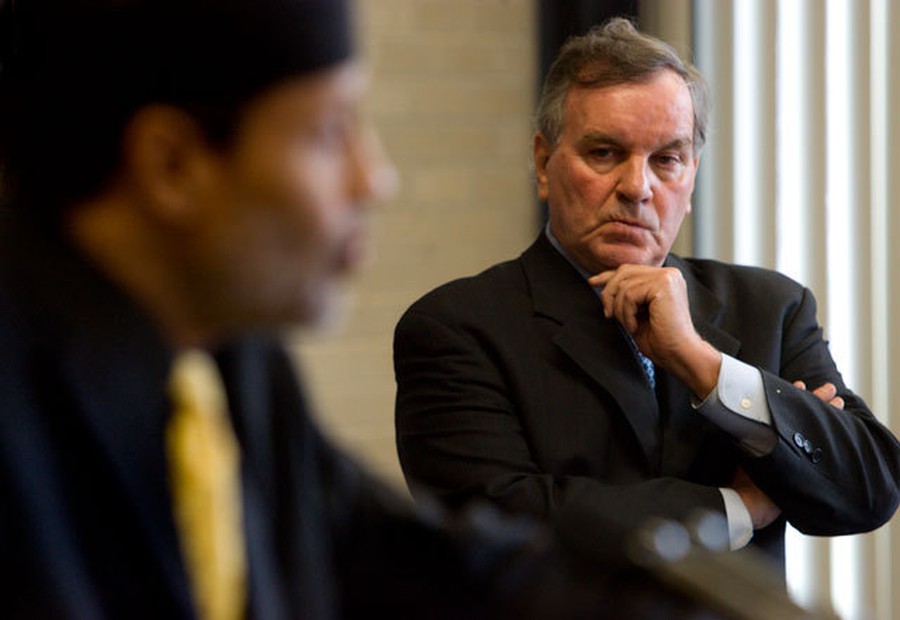 Academic theory and public policy will converge in a new youth crime prevention initiative jointly sponsored by University scholars and the city of Chicago.

At a press conference held yesterday at the School of Social Service Administration (SSA), Mayor Richard M. Daley and University researchers unveiled preliminary plans for a gun-violence prevention initiative that will begin early this summer.

The initiative will couple intervention programs to reduce youth crime with field research into gun violence among youth in the Chicago area.

“If you don’t have theory, you have the government going off on tangents,” Daley said. “We need thorough research and evaluation.”

Lead University researchers Jens Ludwig and Harold Pollack, both professors in the SSA, said that the initiative would design and implement intervention programs to reduce youth crime and will specifically target gun violence.

“We have two main goals for this project,” Ludwig said. “One is to help steer youth toward productive activities like schooling and work, and away from behaviors like crime and gang involvement that put youth at elevated risk for violence victimization or offending.

“Our second main goal is motivated by the fact that gun involvement makes youth violence substantially more dangerous. We want to reduce the likelihood that guns are involved in those violent events that do occur,” he said.

The initiative comes in the aftermath of the November homicide of University graduate student Amadou Cisse, 29, who was fatally shot by four youths in an attempted robbery as he was walking home to his South Side apartment on the 6100 block of East Ellis Avenue.

“When the young man was killed just south of here by a number of youths…I asked myself the question: ‘What about these young men? Who are they? Did they drop out of elementary school? Did they drop out of high school? Do they have any brothers or sisters? Were they in the juvenile justice system? What happened to them?’ We have to look at it completely different. We have to look at things we’ve never talked about,” Daley said.

Daley and Ludwig said that the University’s research team—which includes economics professors Steven Levitt, co-author of the bestselling Freakonomics, and John List—has already begun initial research and plans to propose a series of pilot programs in the upcoming months.

“Our goal is to have the first pilot program ready by the end of the summer,” Daley said. “[The pilot programs] will enable us to add new steps, new strategies to our citywide efforts to end youth violence.”

Ludwig called the initiative a “multifaceted effort,” adding that the research team is still fine-tuning the study’s methodologies. Because the planning process is still underway, he said that the researchers “can’t commit to what this will look like.”

“We should have results…within six months, 12 months,” Ludwig said. “This is not a one-shot deal.”