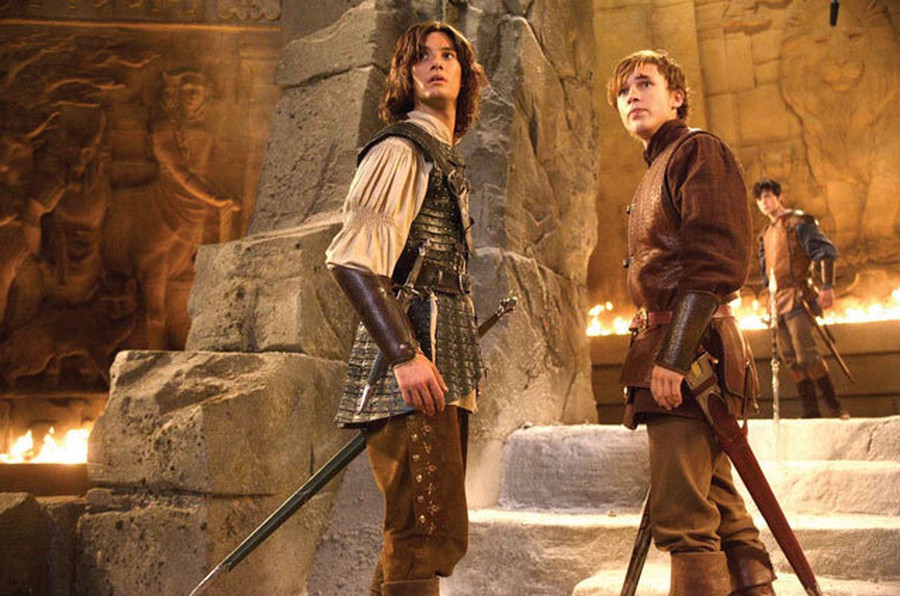 Sometime well in the future, when I have a few children running around whom I'm desperate to entertain, I hope there will be movies like The Chronicles of Narnia: Prince Caspian around. This is one of those rare movies that kids will love and that parents will be able to sit through. There's a good chance they might even enjoy it.

But first, the bad: Prince Caspian is (surprise!) childish and simplistic. It strives for the mythological power of The Lord of The Rings but is held back by its PG rating and its intended preteen audience. In that respect, it's not really fair to say that it fails, rather that it straddles the gap between "weighty" and "digestible to children" as well as could be expected.

The series's four child stars have progressed admirably in the short time since the last Narnia installment. Watching them for two and a half hours isn't nearly as painful as it was in The Lion, The Witch and The Wardrobe. Sure, they're no Haley Joel Osments, but given that, the movie manages as well as could be expected. Surprisingly, the children outshine newcomer Ben Barnes (the movie's eponymous prince), whose performance is wooden and stilted. It's difficult to tell whether Barnes is totally to blame for his performance, which could partially be the fault of his lackluster dialogue and overly forced character development.

The film's computer graphics also could have used some work. A few very noticeable animation errors—for example, when the river god's hands clip through a bridge—should have been fixed.

Overall, however, Prince Caspian is a wonderful film that executes itself eloquently. It is simple but not patronizing, fun but not ridiculous, touching but not saccharine—though it's important to warn any prospective viewers that it sometimes strays dangerously close.

The cast members, especially the peripheral ones, are a wonderful grab bag of talented personalities. Eddie Izzard as the mouse Reepicheep, Peter Dinklage as the dwarf Trumpkin, and an unrecognizable Warwick Davis as Nikabrik bring the world of Narnia to life. Had it not been for the careful attention paid to some of the minor characters, the environment would have felt flat, and the Narnia that the main characters are fighting for wouldn't have seemed nearly as important.

Fans of the book series might be a little disappointed by the film's significant departures from the text. Many scenes from the book are preserved, though placed in a different order or context. The overall feel of the story seems to be in line with The Lion, The Witch and The Wardrobe, as well as C.S. Lewis's style in general—his Christian themes are only noticeable if you go looking for them. This seems like an asset to the film, since associating themes of faith and humility with a specific doctrine dilutes their universality and accessibility, especially to children.

All in all, Prince Caspian is exactly the kind of movie I would like to take my kids to. Not just because of its squeaky-clean veneer or judicious cuts right before a character gets gored by a minotaur, but because it isn't just an ADHD-riddled collection of explosions and lowbrow humor. It's a children's movie that isn't as ridiculous and dumb as Pokemon, or as hollow as Snow Dogs. It deals with issues relevant to teens, such as the loss of innocence and the dangers of excessive pride. And on top of all that, I genuinely enjoyed Prince Caspian, even as a jaded twentysomething critic. I wouldn't recommend it as more than a rental to my demographic, but if your little cousin or younger sibling wants to go to the movies, this is a good pick.