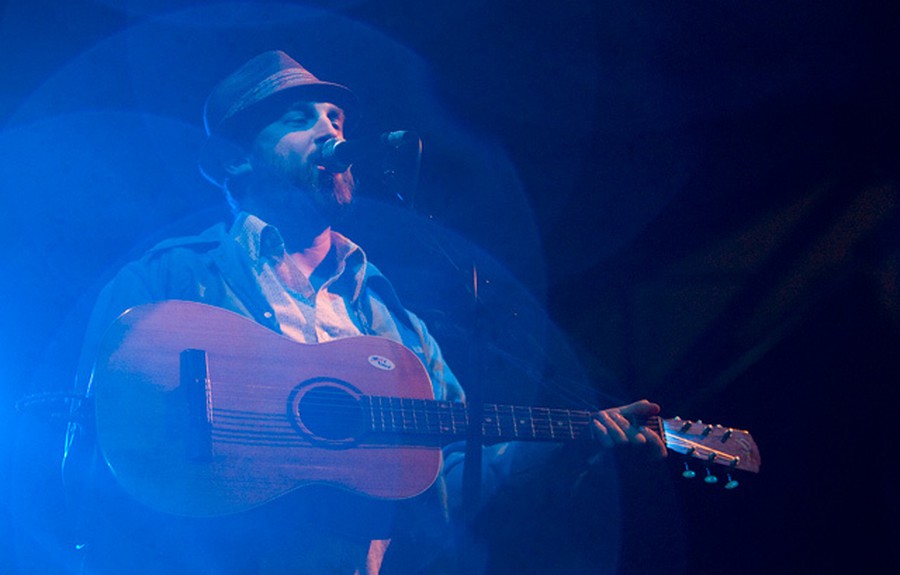 At a time of year when most students at other universities are closing their last blue books of the semester, University of Chicago students still have several weeks of trudging through texts and wistfully looking at flowering trees from the upper floors of the Reg.

Fortunately, the students who serve on the Major Activities Board (MAB) know how much their peers need a taste of summer to get them through the final weeks of spring quarter. Hosted annually by MAB, this year's Summer Breeze concert outshone the last, despite the rain.

It seemed that MAB made a concerted effort to provide something for everyone this year. In an obvious nod to the indie set, Chicago native Andrew Bird performed after another Chicago group, The Cool Kids. However, Talib Kweli and Cake drew the biggest crowds as the final two performers of the festival. Ticket sales exceeded last year's sales substantially. "We sold at least 2600 tickets this year, which is considered a sold-out show," said Dan Wade, the technical director for MAB. The sold-out crowd squeezed into Hutch Courtyard over the span of several hours.

The Cool Kids opened the festival with an enthusiastic and fun attitude, urging the small crowd gathered at the stage to put their hands in the air as they professed themselves to be "the new black version of the Beastie Boys." The crowd warmed up to them considerably when they announced that Chicago is their hometown. The Kids laid down a solid set that confirmed The Los Angeles Times's observation that they are "one of the more promising new groups to emerge in recent years." The Cool Kids felt more like friends than revered performers. "They really are cool kids," second-year Jessie Reuteler admitted. "I just want to be their friend!"

After a rather labor-intensive set change, indie darling Andrew Bird took the stage. He opened with "Fiery Crash" from his critically acclaimed album Armchair Apocrypha and pushed through a set featuring many of his beloved songs. Bird's presence on stage was a marked contrast to The Cool Kids. While The Cool Kids bounded around the stage, Bird's performance felt more carefully focused and reserved, and he barely moved away from the microphone stand. His reticence and awkwardness was predictable though endearing, and he eventually moved a large number of students to dance.

Talib Kweli took the stage next. The crowd swelled considerably, and for the first time in the evening, the energy in the courtyard was palpable. Thousands of students danced under the glow of the red and yellow bulbs that lined the periphery of the courtyard. The impending thunderstorm added energy to the show as well, as MAB staff scowled at the sky and Kweli fed off the energy of the crowd.

Before Cake's set, several MAB staff trotted to the center of the stage and were met with collective groans from the crowd. One of the staff laughed nervously and assured the crowd that Cake was coming to the stage. Students in the courtyard relaxed, and the rain started to come down, hard. Perhaps playfully, Cake's first song was "It's Coming Down." Although Cake hasn't toured for several years or released a new album since 2004, their performance was the climax of the festival. These songs were familiar and lovable to an audience who listened to them in junior high and high school.

The theatrics from nature provided the icing on Cake, as a huge thunderclap sounded precisely during a pause in "Frank Sinatra" and a bolt of lightning forked through the sky during the opening chords of "Wheels." "It was epic," Reuteler said. "Fucking epic."

As the band waved their final goodbyes to the drenched crowd shivering in Hutch Courtyard, hundreds of students walked hurriedly back to their dorms and apartments, all punching the air emphatically as they recounted dancing to Cake in the pouring rain. It seemed enough of an experience to remind everyone that the only thing standing between them and the real breezes of summer are a few more weeks of problem sets and papers.