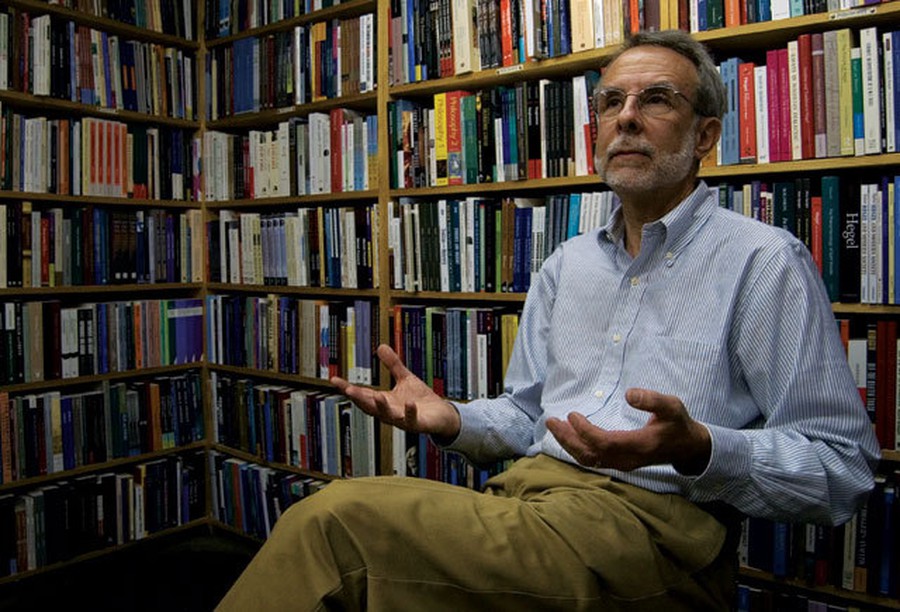 When then-graduate student Jack Cella began working part-time at the Seminary Co-op in 1968, he didn't imagine he would one day occupy the esteemed position of manager of the legendary academic bookstore, which he has run for more than 30 years now. The University's recent acquisition of the Chicago Theological Seminary building, whose sprawling basement houses the bookstore, puts the Seminary Co-op's future place in the building in a precarious position. Earlier this month, the University announced plans to house the new Milton Friedman Institute in the Seminary building, but it remains unclear what this decision implies for Hyde Park's longstanding literary venue. This week, Cella sat down with the Maroon to discuss the past and the future of the Co-op.

Chicago Maroon: The Seminary Co-op has served Hyde Park for over 40 years. What has made it so successful?

Jack Cella: Well, I mean, I think we've tried to be as good a bookstore as we can be and to fit into this exceptional community we're a part of. The community has been very supportive of the Co-op, but also very demanding. I think our attempt to be a bookstore that could be a really good fit for the Hyde Park-University of Chicago-South Side community—that's what made the store successful. I would say the customers have been...appreciative, and they're not shy about letting us know when we should be doing better.

CM: You came to the University as a graduate student. How did you first get involved with the Co-op?

JC: I was just looking for a part-time job.

CM: Then it just transformed into something more?

JC: [Laughing.] It transformed. There wasn't any specific date. It gradually became all encompassing. I've certainly worked with and met great people over the years.

CM: A former president of the University once said that the loss of any single faculty member is preferable to your loss. Do you agree?

JC: No. But it was a very nice comment.

CM: How did you react when Professor Subrahmanyan Chandrasekhar had his ashes scattered on your front lawn?

JC: Well, I had known Chandra—that's what he went by—for a long time. He would come in frequently and we would talk about stuff. He would talk. I would listen. He would talk about a variety of things. The last book he wrote, he was writing about Newton. For several years, he had talked about how exciting it was to read The Principia. And he died very unexpectedly. And a few weeks later, two weeks later, his widow came by and said that Chandra had said that he wanted his ashes in five places that were closest to him, one of which was the bookstore. I was really nonplussed. And I think of him, probably every day. I keep his books on display in display cases and his ashes were spread right out in front. He was an exceptional person. I'm giving you my honest reaction.

CM: You said earlier that Hyde Park is a very demanding community about books. Can you elaborate about that?

JC: I think books and ideas and the life of the mind are very central to the University and the community. I think you asked why we've been successful for 40-some years; it's because of the community we're in. You can never be satisfied in a business like this, because you can always do things better or stock things more widely or have a different mix of authors. And what I meant by demanding was...frequently when customers see something they like they'll compliment it, but they're not shy about saying, "Well, why don't you do this?" or "Why didn't you do this in addition?"

CM: When did you find out that the University was planning to buy this building from the Seminary?

JC: I think, I know they've been in discussions for about a year, serious discussions for maybe two months. I mean serious in the sense that the numbers seem to be right.

CM: Were you involved in the process of the deal?

JC: No. I was informed of what was going on, but I wasn't in the process at all.

CM: Other than the ownership of the building, has anything changed?

JC: No. I think the Seminary has been a good landlord for the Co-op. We're just tenants here. But I think an old building like this takes a tremendous amount of money just to not improve but just to keep decay at bay. I think they never really had enough money to do that. The University will really be committed to maintaining the building and have the money to improve systems and keep it the way it should be.

CM: Do you welcome the University?

JC: I think so. I think it will be a good arrangement all around, and I think they'll allow us to involve the Co-op and have a very good relationship with the University [including] students, faculty, administration, and staff. We have hundreds of undergrads working here all over the place. So many faculty members and administration members come in. So yes, I do welcome them.

CM: Do you know what specifically the deal entails for this building?

JC: I don't. All I know really is what the press releases say.

CM: Do you know what happens to your space in the building if the economics department chooses to move in?

JC: I think we just do not know. It's years in the future. But I think the University, from what they say, is really committed to either taking care and improving the space or finding us an equally central and better space for the Co-op.

CM: You run one of the most respected academic bookstores [in the U.S.]. Do you do anything unintellectual outside the bookstore that you would care to confess?