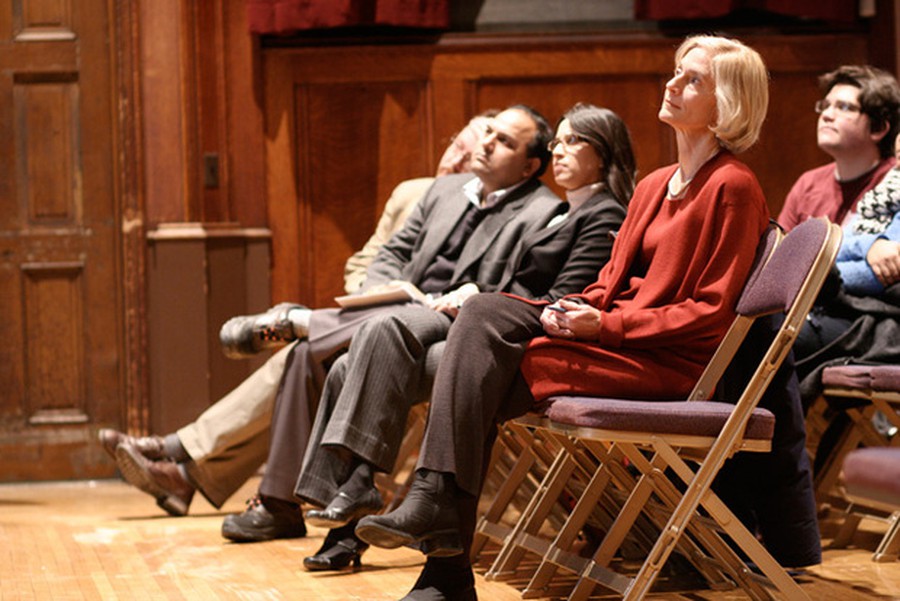 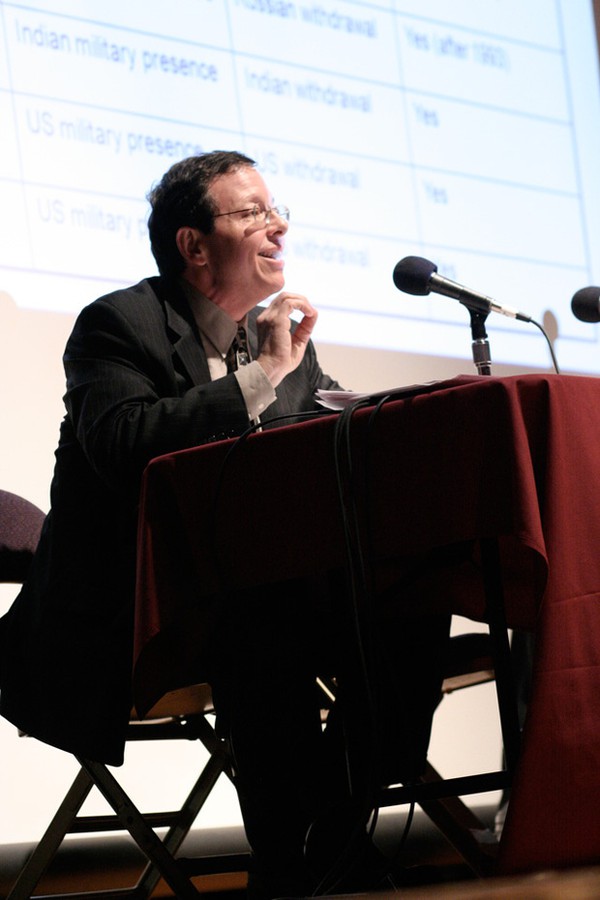 Shahzad Ahsan / The Chicago Maroon
U of C professors, staff and alumni discussed the global implications of the November Mumbai attacks in a panel discussion at the International House on Wednesday. Though each panelist offered a singular interpretation of the attacks, common themes throughout the discussion included the historical marginalization of Muslims and the role of the Hindu right.

Wilkinson, a political science professor, opened the discussion with observations about India's "highly competitive" democracy. In today's India, he said, it is increasingly in the interest of political leaders to defend minorities―especially following the transfer of power from right-wing BJP to the Congress Party in 2004. Nonetheless, Wilkinson said that there is a continuing discrimination of the Indian Muslim minority.

Indian Muslims were discussed as targets not only of discrimination, but of acts of violence. Both Nussbaum and Pape pointed to the 2002 Gujarat riots and to the 1992 Babri Mosque demolition as examples of violence perpetrated by the Hindu right-wing against the Muslim community. Nussbaum argued that their historical marginalization has put Indian Muslims in particular in the unfair position of justifying and confirming their allegiance to the nation in the days immediately following the November attacks. Pape also named fear and nationalist anger, coupled with a lack of information in the aftermath, as causes for the demonization of Islam in the discourse surrounding terrorism acts in general―Mumbai included.

Pape expanded on the causes and motivations of suicide terrorism, and stressed that any solution must come to grips with the political grievances of attackers rather than harping on religious or other alignments.

Bedi also focused on the discourse that has surrounded the Mumbai attacks, in the media and elsewhere. She remarked on a resistance to invoking "the abstract category of al-Qaeda" for understanding the events. Subsuming interpretations of the November attacks into the international counter-terrorist discourse primarily put forth by the U.S. and its allies, argued Bedi, fails to explain the specificity of the events. Bedi nevertheless recognized that transnational audiences followed the Mumbai attacks and were re-constituted through "shared narratives of survival."

Ahmed discussed the "burden of tribalism" in the context of attempting to explain conflict in South Asia. The role of Pakistan and its status as a seemingly "incoherent" nation-state harboring conflict and terrorism, argued Ahmed, must be understood as the result of its history of military rule. Ahmed urged that regional forces in South Asia be put "on the same plane."

In response to a question from an audience member, Wilkinson clarified that no single regional identity in India has been the sole target of violence and discrimination. "Pluralism in Mumbai has managed to keep its voice in the face of attempts to erode cosmopolitanism," said Bedi in her concluding remark.