The women's track team hit the ground running at last weekend's Phoenix Invitational, crossing the finish line with a convincing victory over their four visitors. 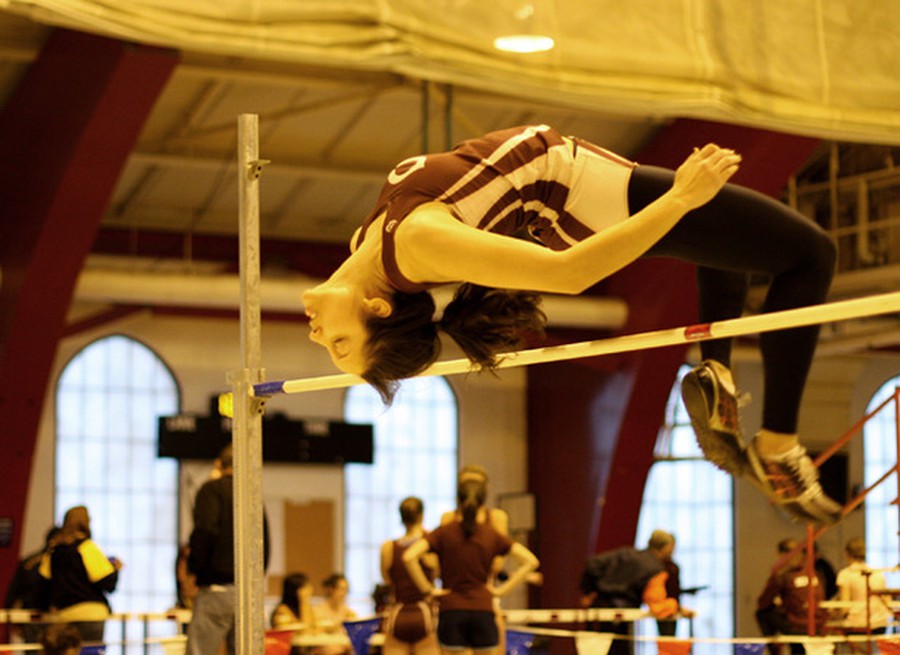 Hitting its stride following a season-opening loss, women’s track and field zoomed to a first-place finish on their home turf at last weekend’s Phoenix Invitational.

Deep across every event, the Maroons fielded a diverse roster of rookies and veterans to guarantee dominance in virtually every event.

Outmatched by the hosts, the four visiting teams put little resistance in the path of Chicago’s victory, as the Maroons scored a convincing win with 212 points. Augustana finished in distant second with 147, with third-place Olivet tallying 55 points. Coming in at fourth and fifth were Saint Xavier University and Aurora University, respectively.

Leading off Chicago’s overpowering performance were the distance runners, with the team taking first in three events.

Staying ahead of the pack throughout her race, second-year Molly Peverada breezed to the gold in the one-mile with a time of 5:25.88, beating her Olivet opponent by almost 40 seconds. Fellow second-year Lizzie Bright took top honors in the grueling 5,000-meter with a 20:13.65 finish, while fourth-year Rachel Venezia took a win over top-seeded Augustana third-year Ellen Adams in the 3,000-meter. Venezia’s 10:36.32 time topped Adams’s 10:51.91 performance, giving the Maroons solid control of the major distance events.

Not to be outdone by their endurance-running teammates, the short-distance athletes took three more wins for the South Siders.

Kicking off the meet with an early statement, second-year Stephanie Omueti blasted to a 26.30 win over Augustana fourth-year Keli Coleman (26.89) in the 200-meter. Putting up similarly blazing times, first-year Lauren Adler grabbed number one in the triple jump (10.82 meters), with fourth-year veteran Meaghan Ehrhard (9.07) eking out a win in the 55-meter hurdles over Olivet first-year O’Malley King (9.14).

Cementing the Chicago victory, the two relay teams put up strong showings, taking first and second in the 4x400 and the distance medley respectively. Defeating a higher-seeded Augustana team, the 4x400 squad of Omueti, first-years Jaleesa Akuoko and Kaitlin Swanson, and third-year Emma Fineston nabbed a decisive 4:17.07 win. While the distance relay could not beat out the 13:11.98 showing by Xavier, Chicago’s 13:24.65 was more than enough to take second and put another eight points on the scoreboard.

Sweetening Chicago’s victory, third-year Claire Ray and first-year Paige Peltzer posted NCAA provisional qualifying marks in their respective events. With a weight throw of 16.05 meters, Ray, the UAA athlete of the week, not only claimed the NCAA distinction, but also threw out the competition for a first-place finish in her event. Peltzer’s 1.66-meter high jump also vaulted her to a first-place finish.

With the Phoenix Invitational checked off in the books, the team will return to Henry Crown January 31 for the Chicago Duals.