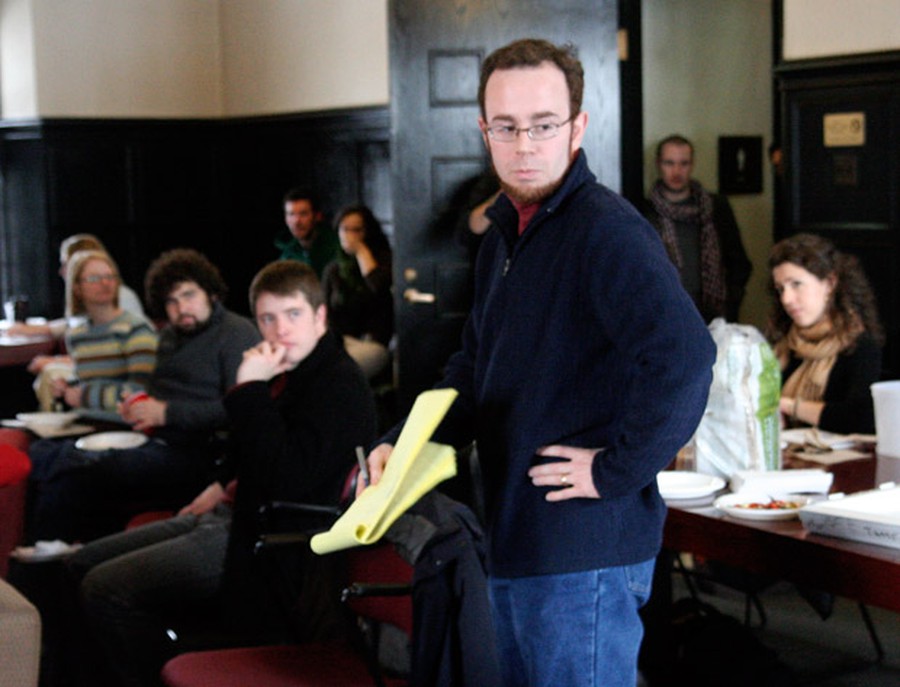 Students aired their complaints about the quality of health care on campus at a forum in the Reynolds Club on Monday sponsored by Graduate Students United (GSU), the Graduate Funding Committee, and the College Council.

A mix of graduate and undergraduate students related stories of months-long waits for appointments, triage mistakes, unfriendly receptionists, a lack of cleanliness and ventilation in the Student Care Center (SCC) facility, insurance problems from high co-pays, limited dental options, insufficient counseling for HIV testing, a poor system for treating students with chronic ailments, and a lack of proper gynecological care.

One SCC horror story came from fourth-year Kat Lieder. She said a recent ear infection led her there after she failed to get an appointment over the phone. According to Lieder, she cried and begged to persuade the receptionist to give her an appointment. The nurse practitioner eventually took time off her lunch hour to examine her, repeatedly reminded her that this was her lunch hour, and questioned whether Lieder was certain her ear was infected. After examining her ear, the nurse admitted Lieder was right to have insisted on being seen. Lieder said the nurse told her that her eardrum would have burst over the weekend had she not received treatment.

According to Martina Munsters, deputy dean of students in the University for student affairs, who attended the meeting, the administration is engaged in an ongoing health-care review to assess how the University can improve student care. As a result of the review, the SCC recently extended its hours, staying open until 7 p.m. on Tuesday, Wednesday, and Thursday to increase the number of appointments available.

Munsters said that further action from the University is forthcoming.

“We fully anticipate having an open meeting with students this quarter,” she said.

She added that the student feedback has been helpful.

“It’s good that [students] make sure that these concerns are brought to our attention,” Munsters said.

Despite their complaints, students were optimistic about their ability to improve care on campus. GSU member Duff Morton said he felt University administrators would respond effectively to student criticisms.

“Students have won tremendous victories in the last year,” Morton said. “We have learned that we have a lot of power. I’m confident that we can make changes.”